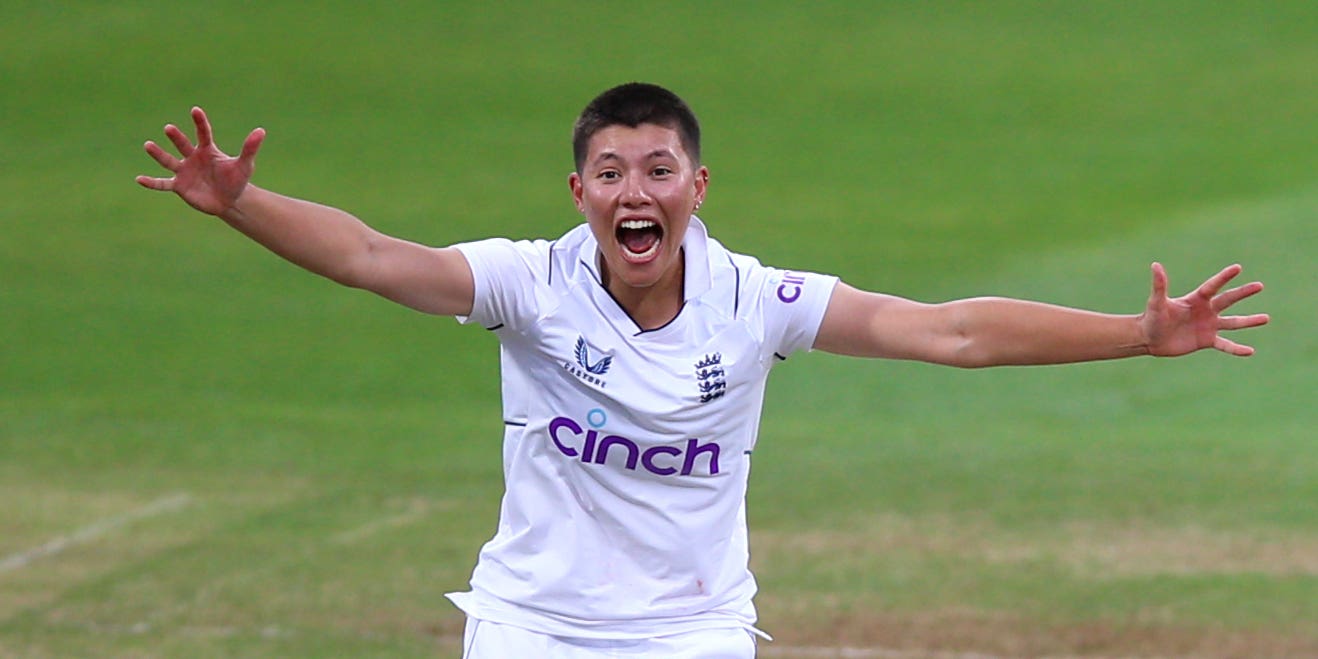 Issy Wong admitted she was living the dream after pulling on an England shirt for the first time and taking two crucial wickets as the home side gained momentum on a rain-affected day three at Taunton.

The 20-year-old took two late wickets in the final half an hour of play as South Africa finished day three at 55 for three, needing another 78 runs on the final day to make England bat again.

Wong had been added to the squad late as a replacement after Emily Arlott did not recover from coronavirus in time to be fit enough for selection, but has impressed on debut.

Wong admitted playing for England was a dream come true.

“It’s something that I’ve probably been dreaming of since I started playing cricket when I was five so just to be able to live that dream has been really special this week,” the fast bowler said.

When asked about her Test call-up, she said: “My mum had a little cry, my dad didn’t cry.

“It was probably something I wasn’t expecting at all. It hasn’t sunk in yet to be honest but I’m sure in the next couple of weeks or so I can put my feet up for a couple of days then it will begin to sink in a little bit.”

Having only taken one wicket in South Africa’s first innings, Wong looked the most dangerous of the England bowlers under the lights on day three, but she does not want to overthink her performance.

“But I’m really enjoying it, probably didn’t think it was going to happen until a couple of days ago so just trying to – I guess not think too much about it and just enjoy it for this one, but equally trying to impact the game as much as I can.”

South Africa batter Lara Goodall admitted it was challenging to come on and off during the day, with two different stoppages due to the weather.

“I think it’s definitely one of the most challenging things (coming on and off with rain),” she said.

“It’s not easy out there especially with the conditions and stuff, but our coaches said the entire time when we were in the changing room, just switch off, have a cup of tea, play some cards and just try and not think about cricket.

“Then when we know when we are going to start again and you start padding up you just get in the zone so I think that’s what myself and Laura (Wolvaardt) tried to do it’s just a pity that we got out at the end.”