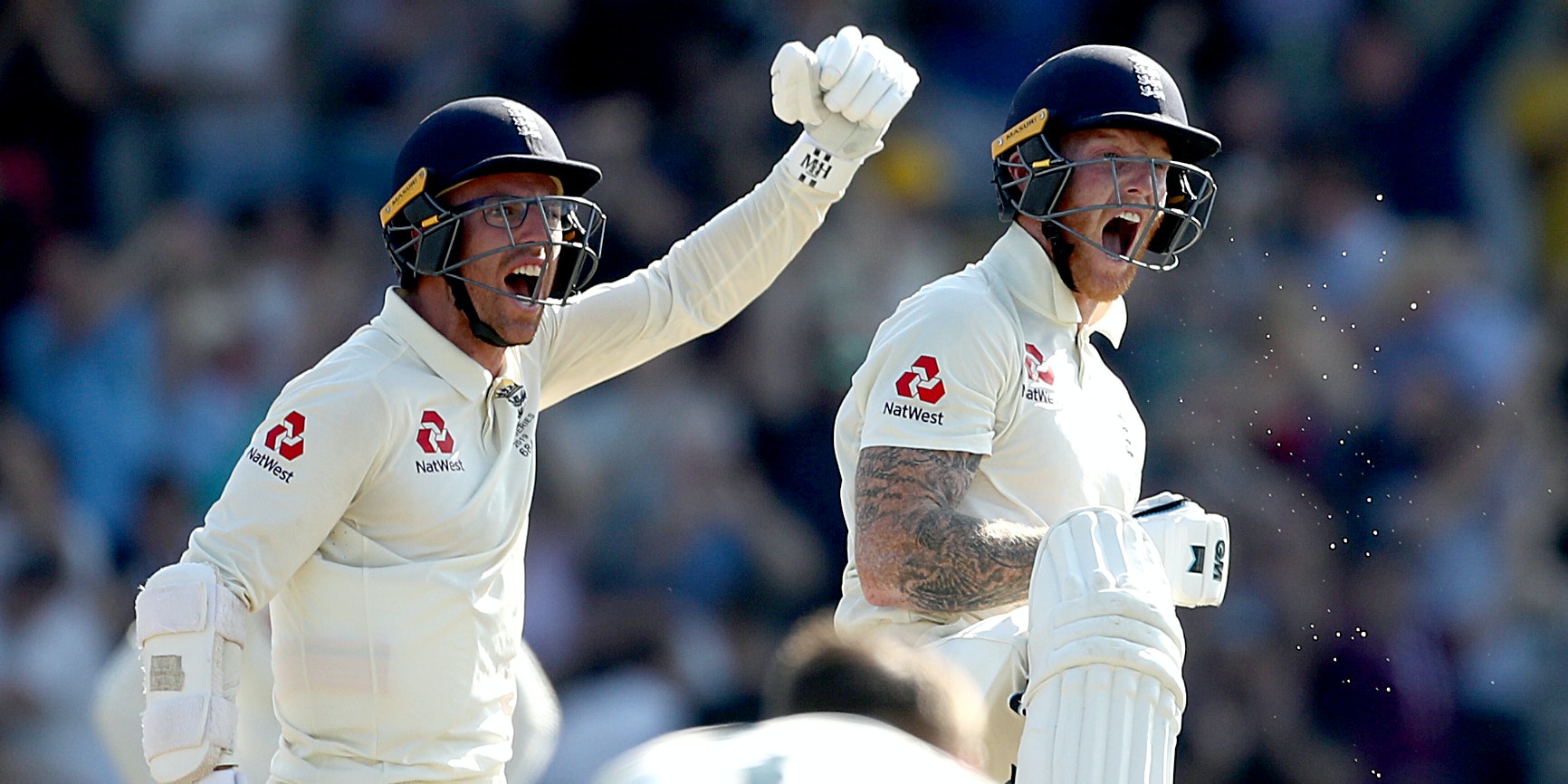 Jack Leach plans to dine out on his unlikely batting exploits for England in the years to come, but still hopes his left-arm spin provides his main legacy.

Leach has a first-class average of 12.47 with the bat but earned his place in the nation’s affections for two unexpectedly successful visits to the crease last summer.

In the first he made a career-best score of 92 having been asked to open the batting as nightwatchman against Ireland, then helped Ben Stokes over the line during the all-rounder’s Ashes miracle at Headingley.

Their last-wicket was worth 76 runs, of which Leach contributed only the single which levelled the scores.

Many fans might still see those two contributions as his best in an England shirt but the Somerset man also has 34 wickets at just 29 apiece in his 10 Test appearances and hopes to create more memories with ball in hand.

Speaking from the team’s training ‘bubble’ at the Ageas Bowl, where they will be based until the end of the first West Indies Test on July 12, Leach joked: “I’m going to tell people in the pub when I’m older that I opened the batting for England!

“But I do pride myself on my bowling: that’s why I’m picked, to do that. I want to be bowling teams out on the last day, and that’s what I want to be remembered for.

“Everyone talks about Headingley and it will be hard not to remember that but I’m working hard at bowling, and batting as well. If I keep being remembered for batting, I can take that.”

While there is no obvious link between the stout defence he showed in Leeds and his primary discipline, Leach has identified a clarity of thought he would like to tap into whenever he takes the field.

“I think back to that innings when I was out there with Stokes, how focused I felt and how it was just really simple what I was trying to do,” he said.

“I want to apply that to my bowling as well and find that headspace where I can give my absolute best.”

England have convened a bumper 30-man group in Hampshire, enough to populate two full training sessions each day and form the basis for an intra-squad warm-up match next week.

There are five spinners on deck, at least three more than usual for a home series.

While Amar Virdi and Matt Parkinson are the rookies, the pecking order between Moeen Ali, Dom Bess and Leach is harder to pick. Moeen is back after a year-long hiatus from Tests and has the best record and Bess is theoretically in possession having deputised impressively while Leach was ill in South Africa.

There is nothing territorial about Leach’s outlook, though.

“We’ve got five really good spinners here so it feels like there’s everything to play for,” he said.

“There’s lots of competition throughout the squad and spin is no different. But it’s about us all working together to be at our best, then it’s up to the selectors and not up to us who takes that spot.

“I’m so glad to see Mo back. At his best he is an unbelievable player. There’s no reason why we can’t work hard together on our skills.”

Leach’s ongoing struggles with Crohn’s Disease saw him seek advice from medical professionals about his potential vulnerability to Covid-19, but the 29-year-old insists he does not feel unduly concerned.

Indeed, he has echoed Chris Woakes’ suggestion that England’s mass illness in South Africa last winter might have been an early appearance of the virus.

“I do wonder whether I had it in South Africa,” he said.

“If you had the symptoms that I had now you’d be thinking ‘this is definitely coronavirus’. I guess we’ll never know.

“I’ve spoken to my consultant and doctors and they felt the medication I’m on puts me at a little bit of higher risk, but what I did come through in the winter suggests I can fight things off quite well.

“I’m maybe not as high risk as others on that medication. My Crohn’s is under control, which is great for me.”