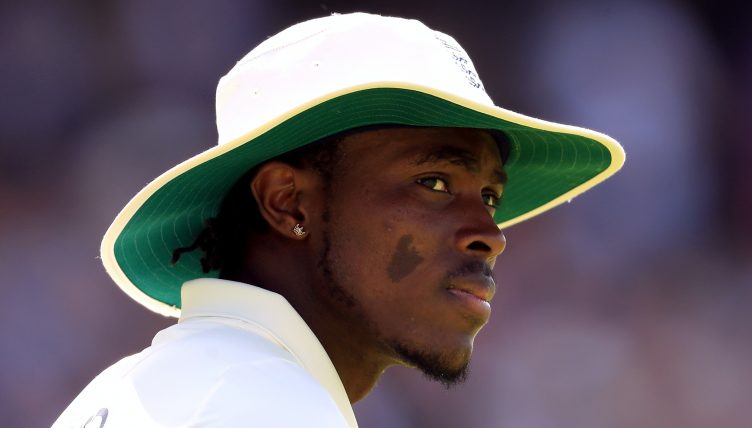 James Anderson sympathises with the backlash Jofra Archer has faced on social media but is hopeful his England team-mate will be available for the #raisethebat series decider against the West Indies later this week.

Archer missed England’s series-levelling win at Emirates Old Trafford after being withdrawn from the squad and placed in isolation for five days for breaching the team’s bio-secure protocols.

The 25-year-old was fined and given a written warning following an unauthorised trip to his flat in Hove, and he revealed in his Daily Mail column that he has faced criticism and some racist abuse in the wake of his infraction.

Amid the fallout Archer said he needed to make sure he was “100 per cent mentally right”, casting some doubt on whether he will ready for the third and final Test against the Windies.

With the series finely-poised at 1-1, Anderson is confident both he and Archer can take the field on Friday but thinks he must first sit down with captain Joe Root and head coach Chris Silverwood to assess the situation.

“We’ve not seen much of him because he’s been in isolation for a few days. I’m sure he’ll want to play in this game because it’s such a crucial game, the series resting on it,” Anderson said.

“He’s said about his frame of mind and that’s something that over the next two days he’s going to have to sit down with the captain and coach and figure out if he’s in the right place to play.”

Archer has featured in just eight Tests, taking 33 wickets at an average of 28.12 with three five-wicket hauls, but has come in for some scrutiny online due to some inconsistent displays.

“It’s always something that can be difficult for guys coming into the international set-up because I think the scrutiny is very different, you do feel more under the spotlight,” Anderson added.

“It’s just finding coping methods for that, finding ways of dealing with the extra attention.

“I was fortunate when I came into the England team there was no social media back then, but the way people can get their opinions out there, it’s quite visible.”

Ben Stokes came to the fore as England levelled the series against the Windies with contrasting innings of 176 and 78 not out as well as three wickets which helped him go to the top of the Test all-rounder rankings.

Since the start of 2019, Stokes has averaged 55.12 with the bat and 28.85 with the ball and Anderson already rates his team-mate ahead of Andrew Flintoff as the best all-rounder he has ever played alongside.

Anderson said: “The fact that he could get into any team as a batsman without his bowling or fielding speaks volumes.

“His bowling is getting better and better each time he goes out there and he could get into a lot of teams’ bowling attacks. It’s just amazing to have that talent in our team and to be able to watch it first hand is amazing.

Anderson was rested for the penultimate game of the series on his home ground due to the heavy workload this summer, with three matches apiece against the Windies and Pakistan between July 8 and August 25.

“I can deal with it a lot better now than a few years ago,” he added.

“Looking at the bigger picture I want to be around when we go to Australia for the next Ashes (next year) so to be able to do that, you’ve probably got to do things slightly differently.

“It might mean missing the odd game here and there to make sure that I’m in the best possible situation.”