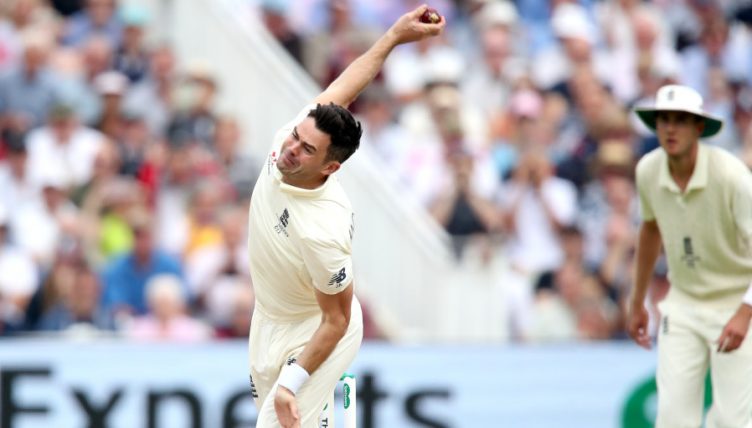 England’s all-time leading wicket taker in Tests, James Anderson, has suffered an injury blow with the news that he will be sent for a scan on “tightness to his right calf”.

Anderson was rested from England’s sole warm-up clash with Ireland last week with concerns over his calf, but was passed fit for the first Test at Edgbaston.

The seamer bowled well in his opening spell, going for just one run from his four overs but the low numbers of overs bowled lead to speculation and concern over the fitness of the 37-year-old.

WATCH: First wicket of the 2019 Ashes

Anderson returned to the pitch for fielding duties after a brief spell off the pitch, but an announcement at lunch by the ECB confirmed England’s worries.

“Jimmy Anderson has tightness to his right calf and will have a scan this afternoon,” read an ECB statement.

“A further update will be given later today. He felt tightness at the end of his fourth over.”

With Mark Wood ruled out for at least the first three Tests and Jofra Archer nursing a side strain, England will be hoping for positive news on Anderson’s fitness for the rest of this Test and beyond.

You can follow all the action on day one with our live scorecard HERE.