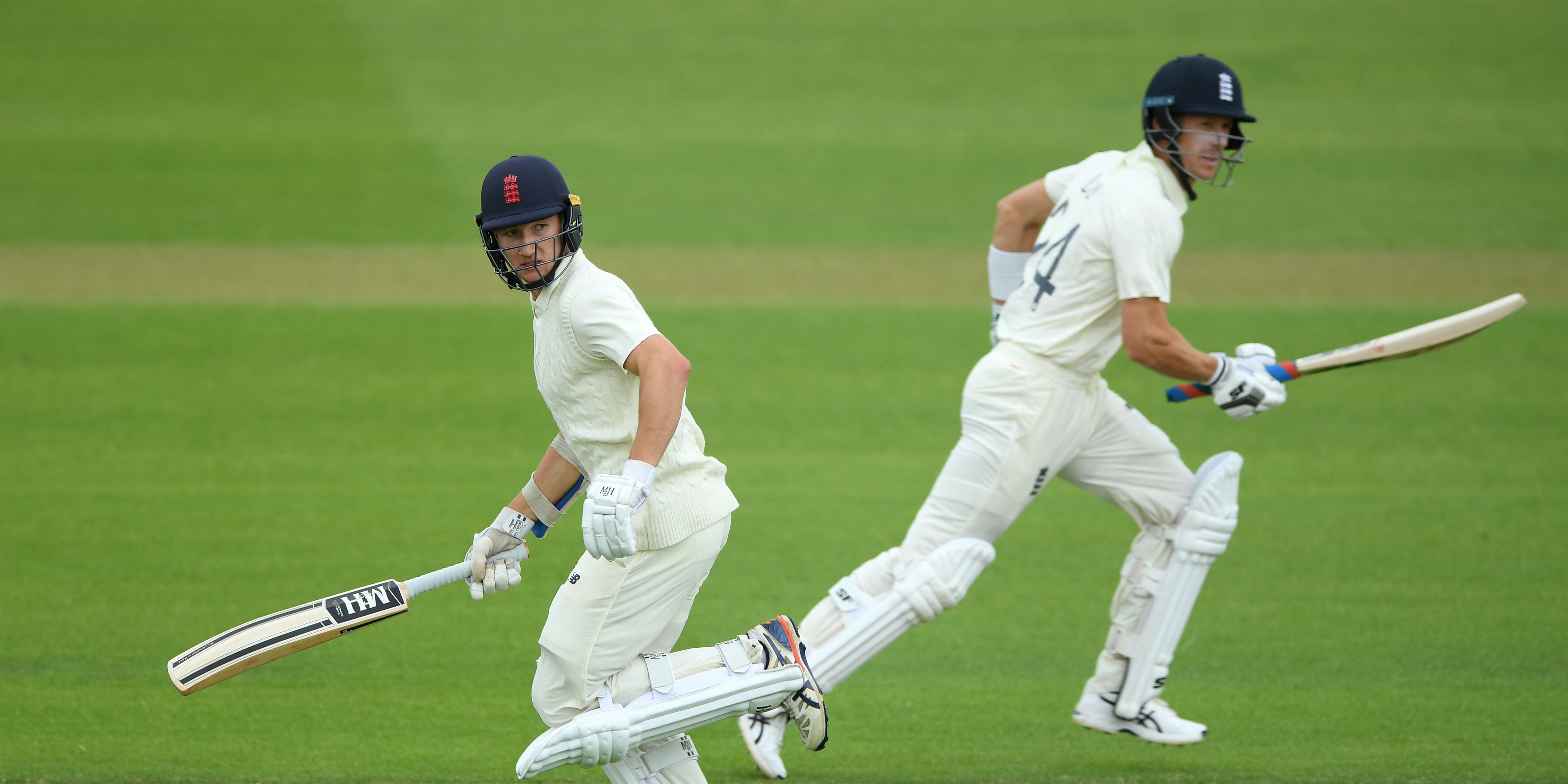 James Bracey felt a step closer to establishing his Test credentials after holding his own against James Anderson on the first day of England’s intra-squad clash at the Ageas Bowl.

The Gloucestershire wicketkeeper-batsman top-scored with a hard-earned 85 as Jos Buttler’s side posted 287 for five against a team led by Ben Stokes.

The uncapped 23-year-old is among the lesser known of the 28 players involved in this internal battle but his discipline shone through as he held firm for over four hours against some of the country’s leading bowlers.

Chief among them was Anderson, England’s record wicket-taker and the owner of 151 Test caps compared to Bracey’s 38 first-class appearances.

The Lancastrian’s first appearance since breaking a rib in Cape Town six months ago yielded two wickets and 18 overs, but Bracey was delighted to pass a major test by seeing him off over the course of two sessions.

“It was a great opportunity to get out there against the new ball and sort of show what I’ve got,” he said.

“There was a long spell from Jimmy at the start of the day and another through the middle as well so it was really nice to be able to combat one of the world’s best and know that I’ve got the capabilities to get through those tough periods. Ben Stokes and Jimmy made it talk.

“I’m delighted because I haven’t opened up a huge amount in the last couple of years. A lot of people wouldn’t have seen me as playing that role, so it was really nice to repay some faith and show people I’ve got the ability to do that job.

“We’ve had some really challenging net sessions in the last week or so and that has put us batters in a really good place mentally, to sort of toughen us up and get us ready for Test cricket.”

While Bracey undoubtedly doubled down on the good impressions he made on the Lions tour of Australia over the winter, his immediate route to a top-order place in the Test XI is blocked by the likes of Rory Burns, Dom Sibley an Zak Crawley.

There is, though, a short-term vacancy at number four given father-to-be Joe Root’s absence from next week’s first #raisethebat Test against the West Indies.

Essex’s Dan Lawrence made a concerted pitch for that opportunity, scoring 58 in 83 balls to deliver on the mountain of positive words he has generated in county cricket.

Bracey has spent plenty of time with the 23-year-old in recent months, including a shared stand of 53 here, and believes he has everything he needs to succeed at the highest level.

“I played with Dan all winter, I went to India with him before Christmas and he was with the Lions in Australia,” he said.

“He was outrageous when we went over there. He’s really good at going through the gears but it’s really important to know he’s got a really good defensive game that comes with it. He’s definitely got the technique to go with it and today we saw more of that as he was able to get into his stride.”

Neither Bracey nor Lawrence would have imagined their first outings in senior England whites to come in a sterile behind-closed-doors environment like this, with deserted stands rather than thousands of fans.

The silence was enough to start a debate between the players, with Bracey suggesting they would prefer some form of artificial atmosphere.

“Some of the lads have been trying to think of a couple of ideas that might liven it up a little bit,” he said.

“It was very, very quiet obviously and strange for all of us. There were a couple of suggestions: getting crowd noise in like the football, maybe getting music in between overs.

“That might be more associated with one-day cricket but at this time it might be useful for those of us who are in the ground. Hopefully the ECB and Cricket West Indies at some point can come up with something that might help the cause.”