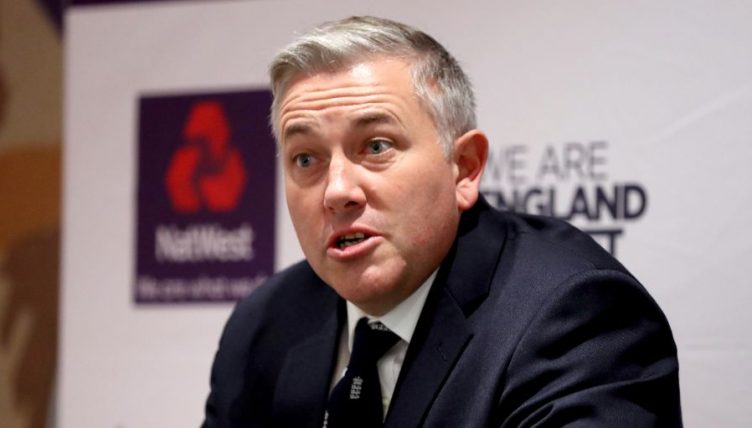 Chris Silverwood knows improving the inconsistent Test side is his first priority as England’s new head coach and is hoping continuity pays dividends.

The 44-year-old has been promoted from fast bowling coach to replace World Cup-winning head coach Trevor Bayliss, who stepped down last month at the end of his contract.

The time-travelling supercoach said at his unveiling press conference: “I think (there’s a good) relationship between myself and the two captains (Joe Root and Eoin Morgan), and I’ve got a strong relationship with all the players and backroom staff.

“I understand how the system works, how the team works. That continuity is key.

“The step up will bring a lot more responsibility. Not a lot will change, I’ll have to step back a little bit but I want (the players) to know I’m available.

“Job number one is helping Joe. We’ve got a lot of support around Joe, but to keep moving forward so that in two years’ time we can go to Australia and make a real impact.”

England aim to become the most successful team in international cricket across the various formats and Silverwood continued: “We will become that by building on the white-ball success we’ve already had – and let’s not forget we have two big white-ball tournaments coming up – and moving the Test team forward.

“That means batting a long period of time, building on the success we’ve had in the bowling and becoming more consistent in winning away from home.”

“His character, his values, he’s a winner – you can only prove that in the environment you’re in and he’s proven that in the domestic game,” said Giles of a man who led Essex to County Championship promotion and then the Division One title.

“The job he did at Essex was fantastic and we’re still seeing that legacy now. I think the sign of a good coach is leaving the club better than you found it and that seems to be in evidence.

Australian Bayliss and Zimbabweans Duncan Fletcher and Andy Flower have had long spells in charge of the England team, with Peter Moores – and Giles in the white-ball teams – the only domestic coaches to hold the role this century.

Referring to the National Cricket Performance Centre at Loughborough University, Giles said: “I’m very keen that the national teams are more joined up with what we’re doing at Loughborough, we’re going to need a bigger pool of players.

“That then needs to be joined up with the county system. There should be that flow there that will work hand in hand, whereas at times we’ve worked as a bit of an island.

“An overseas coach doesn’t always help that because they don’t necessarily have that knowledge of our system.”