Joe Root convinced he is the right man to captain England 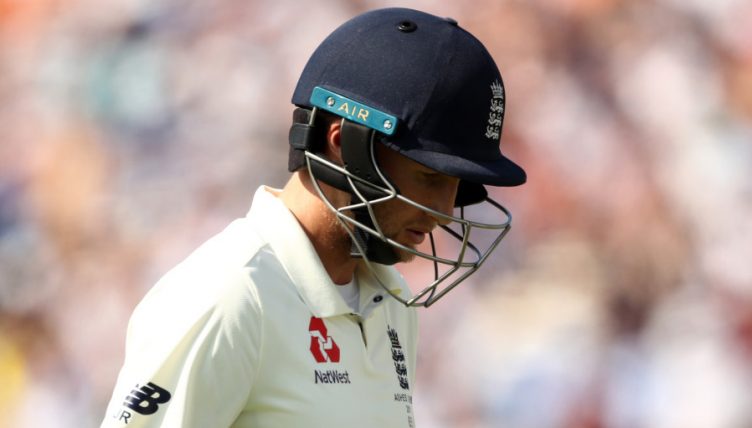 Joe Root has just become the first England captain to surrender the Ashes urn on home soil in 18 years but remains convinced he is the right man to lead the Test side.

Root’s hopes of avenging the 4-0 loss he oversaw on the last tour Down Under evaporated at 6.15pm on a hard-fought final day of the fourth Test.

There was no doubting the hosts’ desire at Old Trafford, where they defied the tourists for 84.3 overs against stiff odds but there were still 81 deliveries left to bowl when Josh Hazlewood trapped Craig Overton lbw to leave England 197 all out.

That left Australia with a 185-run win and an unassailable 2-1 lead going into this week’s Oval finale, meaning Root will become the first England skipper not to win the series on these shores since Nasser Hussain in 2001.

Hussain said after the game it would have been “a travesty” had England managed to head to the final Test level in the series.

Root was visibly distraught after seeing his side’s resistance come up short but is single-minded about his own future.

“Whenever you lose a series it hurts and I have to take that on the chin,” he said.

“It’s still very raw. You have to look at areas you want to get better at, both in yourself and as a team. But I have been given a fantastic opportunity to captain the Test side and will continue to work very hard doing my best at that. That is in my control and I have to make sure I keep getting this team in the best shape to win as many games as possible.”

For the removal of any doubt, when asked if he was still the right man for the job, he added: “Definitely, yes.”

There is precious little time to wallow in defeat, with the next game starting on Thursday. England will confirm their squad this morning, having weighed up the viability of bringing in fresh blood at short notice, but Root was adamant this is no time for experimentation.

The urn may be gone but a drawn series remains a valuable goal.

“We have an important Test match against Australia and we have to make sure we finish this summer strong: do not lose this Ashes series,” he said.

“It matters to me, it matters to everyone involved. I know the Ashes are not coming home but in terms of the World Test Championship, at the end of the two-year cycle those points could be crucial. Every game against Australia matters.”