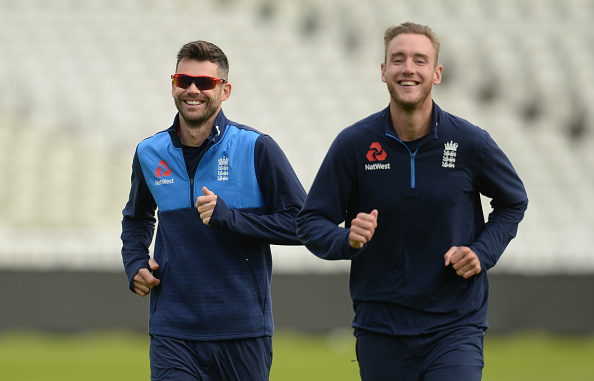 England captain Joe Root considers himself “extremely privileged” to lead the country’s best ever cricketers after his team walloped the West Indies in the first Test at Edgbaston on Sunday.

Root’s team completely dismantled the poor visitors, by an inning and 209 runs, as the hosts won the first ever day/night Test to be played in England.

The home team’s charge was led by opening batsman Alastair Cook, England leading run-scorer in Test cricket, who scored 243 in the first innings to pick up the man of the match award.

Seamer James Anderson, England’s leading wicket-taker in the longest format, then took three wickets as the Windies were forced to follow-on while fellow pacer Stuart Broad moved up to second on England’s all-time list of wicket-takers during the game.

Broad now has 384 Test wickets, going past the 383 of Ian Botham, while Anderson sits on 492 scalps in  the Test whites for his country.

Root said after the game: “We all know the class and skill these guys have, and we’re so fortunate to have those guys rolled into one era.

“All three of the senior guys, the record-breakers, set the standard. To have the two leading (England) wicket-takers and the leading (England) run-scorer in the side, you have to be careful not to take that for granted.

“I’m extremely privileged to play in the same team as them — and what a place for young guys to learn, with that great experience and so many runs and wickets behind them.”

The second Test of the three-match series starts at Headingley on Friday.