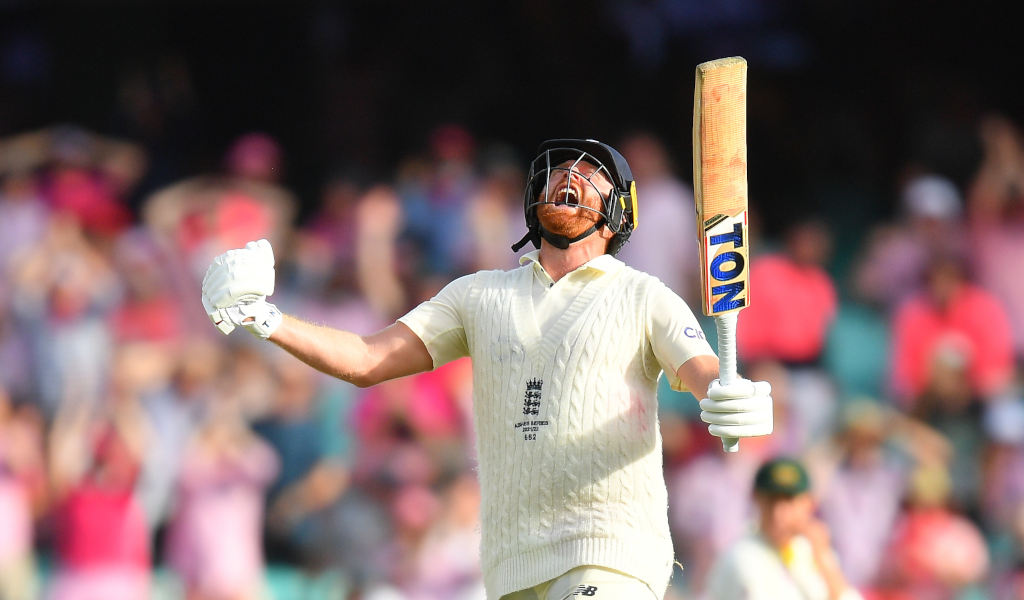 Jonny Bairstow picked up where he left off at Sydney with a century in England’s Test warm-up in the West Indies.

Bairstow made an unbeaten 106 on the second evening against a CWI President’s XI in Antigua, raising his bat just before the tea interval and ushering in a declaration at 466 for six.

Bairstow scored his side’s only century of a torrid Ashes campaign at the SCG in January but sat out the abject series finale in Hobart with a fractured thumb.

He was pain-free and dishing out the punishment on his return to the crease, piling up 13 boundaries and a six to underline his status as a vital cog in England’s revamped batting line-up.

Coming in at number six and resuming on four not out overnight, Bairstow became the fifth member of the batting line-up to reach a half-century following Zak Crawley (62), Alex Lees (65), Joe Root (54) and Dan Lawrence (83).

He was the only member of the quintet to convert his knock into a three-figure score, though, racing through the gears and imposing his will on a weary home attack that left the field with 145 overs of hard and mostly thankless work in their legs.

Bairstow still harbours aspirations to reclaim the wicketkeeping gloves but with Ben Foakes expected to get a run in the side he is once again looking every inch a viable specialist in the middle-order.

He did not offer a chance worthy of the name across two full sessions and put away anything loose with minimal fuss. He pulled emphatically and eagerly, relying on the shot to get him past 50, and hit the ball powerfully down the ground.

A deft reverse sweep for four off spinner Bryan Charles showed his range and, with England keen to get into the field and give their bowlers a run out, he timed his charge perfectly.

He reached his century just before the break, flicking Preston McSween off his hips and down to the fine-leg ropes.

As he accepted the applause of his team-mates on his return to the dressing room, Root called time on the innings and sent the hosts in.

Lawrence had earlier enjoyed himself, turning his overnight score of 46no into a bright 83.

The Essex player was an unused squad member throughout the Ashes, unable to crack the side despite a series of dreadful batting collapses in Australia, but will see this month’s West Indies tour as a chance to lock down his place in the middle order.

He clobbered an early six to reach his fifty and peeled off a series of drives and cuts that looked likely to propel him towards a ton. But he was caught off guard by a lifter from Colin Archibald, prodding a catch to slip as it kicked off the pitch to fall 17 short.

Foakes made 25 before he turned Shermon Lewis to square leg, with Bairstow joined by Chris Woakes for the remainder of the afternoon session. He finished 49 not out and would have added to England’s tally of half-centuries had the declaration not intervened.