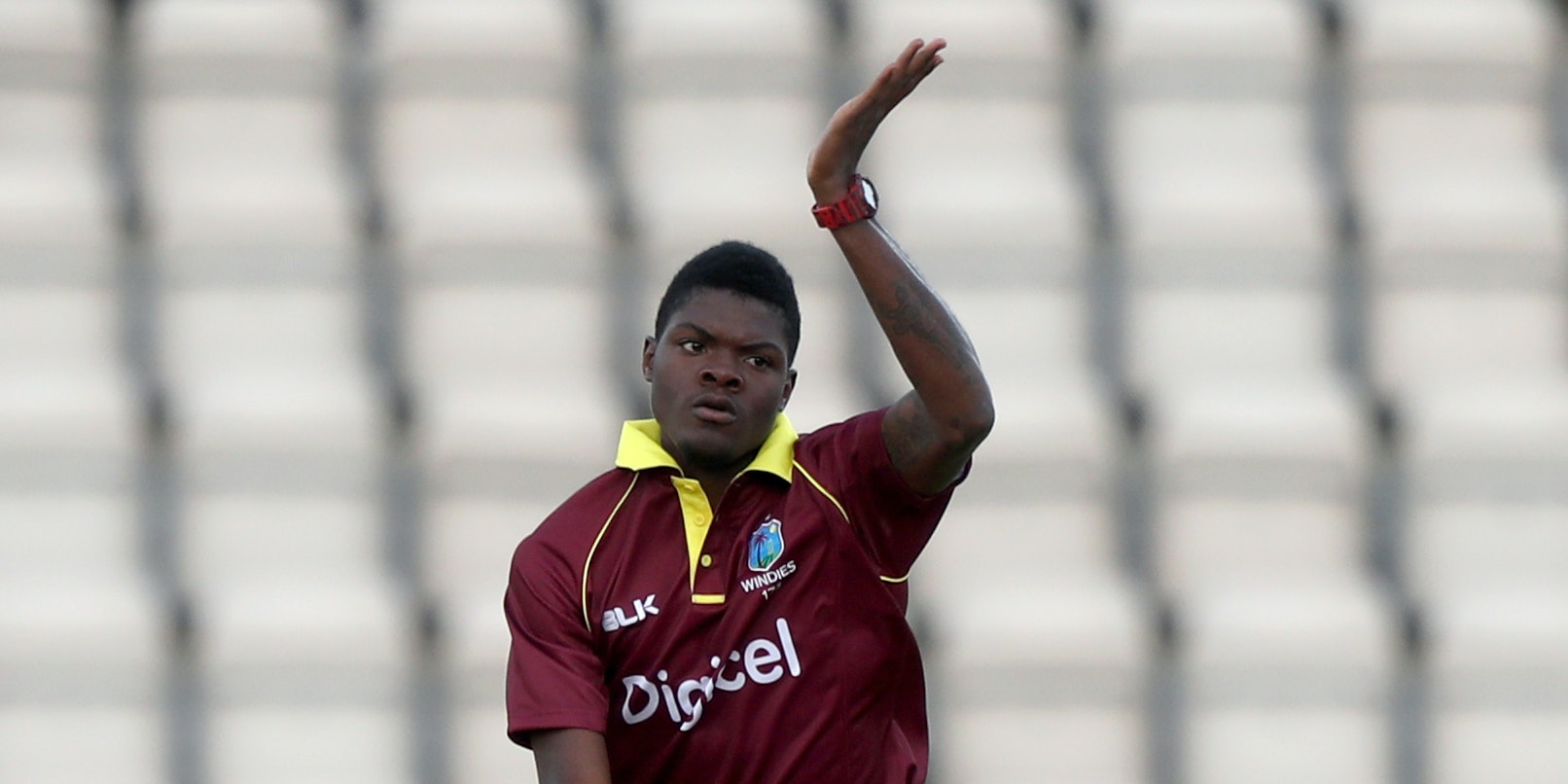 Alzarri Joseph has warned England to treat him as the West Indies’ “weaker link” at their peril.

The 23-year-old pace bowler has admitted he expects opponents to view him as the lesser light when compared to seasoned team-mates Jason Holder, Shannon Gabriel and Kemar Roach.

But the Antigua-born seamer is itching to make a big impression in the three-Test series in England that starts in Manchester on July 8, a match which will be an interesting one with regards to the betting markets, considering the length of time since the last outing for both sides, so you can check it out here before the test starts.

“Well obviously those three guys have a lot more experience than I do,” said Joseph, reviewing the West Indies’ pace options.

“I think more often than not teams will see myself as the weaker link, so I think my job is to come in and just back up those bowlers and keep the pressure on.

“It’s not necessarily because of age but because of the amount of matches played compared to the other three bowlers.

“But yeah, I can use it as an advantage for me, because I know my abilities, they might not know, but once I get out there on the day and get the job done, I know I can get on top of any opponent.

“I see this tour as an opportunity for me to help the team push higher up the rankings.

“Any opportunity I get to play I’ll take it, and whatever the captain and the team requires of me, I’ll give my very best.”

Fast-rising duo Chemar Holder and Joseph have been touted as the long-term future of the West Indies’ pace attack.

Joseph admitted he wants to be a future Test mainstay, but also conceded he cannot be distracted from the tour in hand.

Asked if he believes he and Holder can be the West Indies’ backbone in the years ahead, he said: “Yes, most definitely. But for now I’m just focused on playing well here.

“I think I have made some improvements as a bowler, that was a really big learning experience for me, my first time in England.

“So I have some experience here now, I’ll know more about these conditions the second time around.

“The ball does a bit more here in England than in the Caribbean, so it needs some slight adjustments. Nothing too big, just some simple adjustments.”

Joseph showed his mettle in the second Test against England in the Caribbean in 2019, playing on the third day, just hours after the death of his mother.

A fierce and spiky spell of bowling yielded two wickets, and each time he was mobbed by his team-mates despite understandably offering little celebration.

Asked how he has managed to cope mentally with a challenging 14 months, he said: “For me that was a really hard time. But I used that as motivation for me to go out and on that day especially just to make some memories, something to remember her by.

“I just kept on doing everything I had to, to make her proud.”