Joyce retires from all cricket 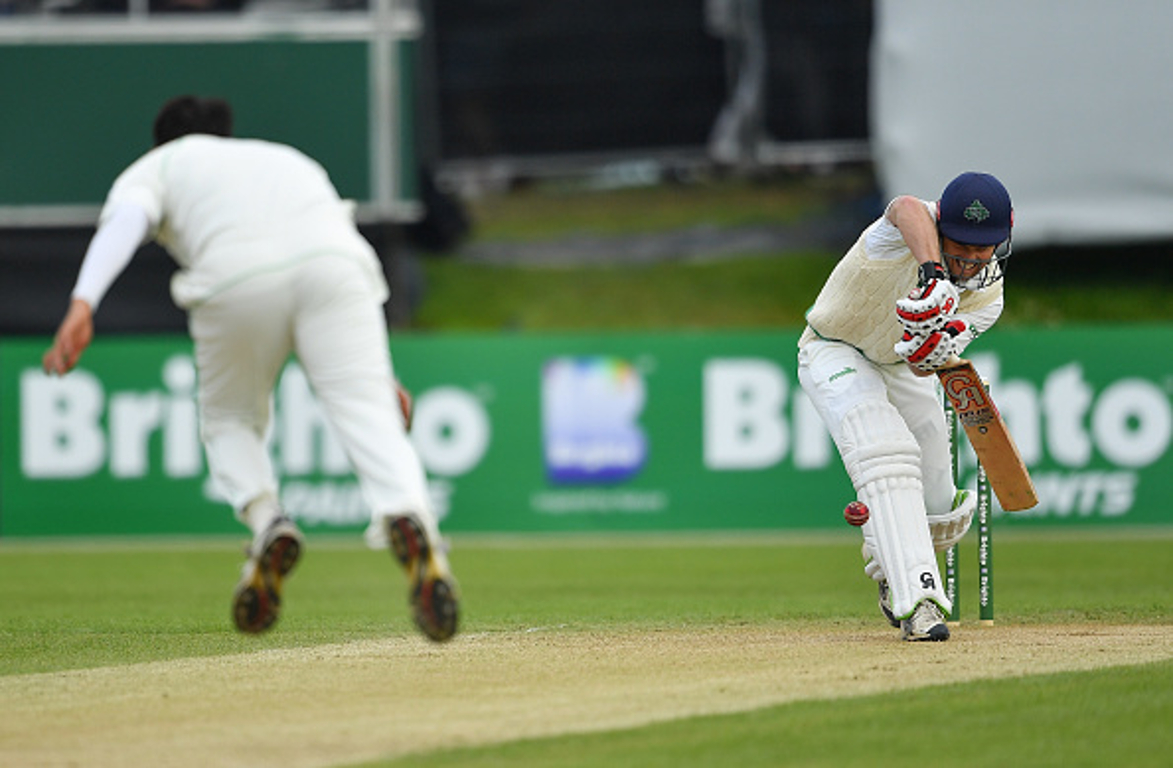 Dual International Ed Joyce has announced his retirement from playing all forms of international and domestic cricket.

He will take up a new role overseeing leadership development and as a batting coach in the Irish performance system.

The 39-year old record-holding batsman who debuted for his country in 1997 believes that it is time to pass the baton on to the next generation – and will be integral in building such a legacy within the player development pathway in Ireland.

“I feel now is the right time to stop playing and get started on a new chapter. The recent Test match against Pakistan was such an incredible few days and was the perfect game for me to say was my last in professional cricket,” said Joyce.

“I am very grateful to Cricket Ireland for giving me the opportunity to get involved in the coaching set-up. I know I have a huge amount to learn about the art of coaching, but I know I also have a huge amount of knowledge that I’m determined to pass on to the next generation of Irish talent.”

After appearing 50 times for Ireland between 1997 and 2005, Joyce decided to try and play for England in 2006 in a bid to play Test match cricket, which had always been his dream. During this time he played 17 ODIs and 2 T20Is, which included scoring a match-winning century against Australia in 2007.

In 2011 Joyce was welcomed back into the Irish fold and was part of the Ireland Cricket World Cup team that went down in Irish sporting folklore for their win over England in Bangalore.

He went on to play over 100 more matches for Ireland, and in 2015 he hit the first double- century by an Irishman on home soil when he registered 231 runs against the UAE at Malahide.

“County Cricket has been such a huge part of my life for the last 16 years and I firmly believe there was no better place for me to learn about the game. I was lucky to have played for two of the best in Middlesex and Sussex and I cherish the friendships I made and trophies I won over this period,” he said.

“One of the challenges Irish cricket faces now is that we can no longer use county cricket as a finishing school for our youngsters. We need to produce our own cricketers through our domestic structure and I’m excited to be a part of that journey.”

William Porterfield, Ireland men’s captain and long-term teammate, marked the announcement of Joyce’s retirement with a reflection of Joyce’s personal impact and the immense value and experience he brought to the Irish dressing room:

“It is pretty hard to sum up in just a few words how much of an impact Ed has had on Irish cricket and how much of an all-round great person he is. He is the person, from my era, that showed that being a professional cricketer was a tangible dream across the water. He inspired a whole generation to show that it is possible,” said Porterfield.

“He is someone that I have always looked up to and to have had the opportunity to play with him for the past few years has been an absolute privilege. He will be a great miss in the changing rooms, not only for his runs, but the person he is. A lot of us, not least the young lads, have learned so much from him.”

“He has had such an amazing career that he can be so proud of over the past 20 or so years. For it to culminate in taking the field for Ireland’s first ever Test match was the icing on the cake, I’m sure. He has seen the transition from a completely amateur organisation into being a full member and professional.”

“I would like to thank him for everything he has ever done for me and Cricket Ireland. I wish him all the best in his next chapter and I’m sure I will look to draw on his knowledge as we continue to move forward.

“It is always a sad occasion when a top-quality cricketer calls time on his career. Ed’s brilliant performance statistics show clearly what an outstanding player he has been.”

“Over the years cricketing fans have greatly enjoyed watching many a fine performance from Ed. Sadly his batting qualities will no longer be available to our National team. As the national team coach it is however very comforting to know that Ed’s vast cricketing knowledge and experience will still be a part of our system and will play a vital role in developing future Irish cricketing stars.” Richard Holdsworth, Performance Director at Cricket Ireland, was keen to retain Joyce within the Ireland cricket set-up and had identified an ideal opportunity to take advantage of Joyce’s expertise and knowledge.

“Ed’s incredible knowledge of the game across all formats and his significant global experience will contribute hugely to the support to our future international male and female players. He will work as performance batting coach through our performance pathway at youth international and academy level with Academy Manager Peter Johnston, helping identify and develop players ready for international cricket.”

“Ed has immense leadership skills and captaincy experience, and this has been an area we have been wanting to develop for some time. In his new role he will develop a leadership and captaincy programme helping to education and develop identified players through a bespoke programme, ensuring better succession planning for our future leaders at all levels.”

And how does Joyce see the future of Irish cricket?

“We have always had cricketing talent in this country. Our job now is to develop that talent so that it is ready for the highest stage. The continued development of our club game, inter-provincial competitions, and Wolves programme are critical to this as is the development of world class training facilities,” Joyce said.

“If we get all of these areas right over the next few years, there’s no reason why we can’t keep making waves on the world stage. We’re also very fortunate to have some excellent coaches at all levels. Graham Ford, Rob Cassell and Ben Smith have been fantastic with the Men’s side over the last nine months, as has Aaron Hamilton with our senior women over a number of years, but there is also a lot of coaching talent at all levels here now, and I’m excited to now be a part of it.”