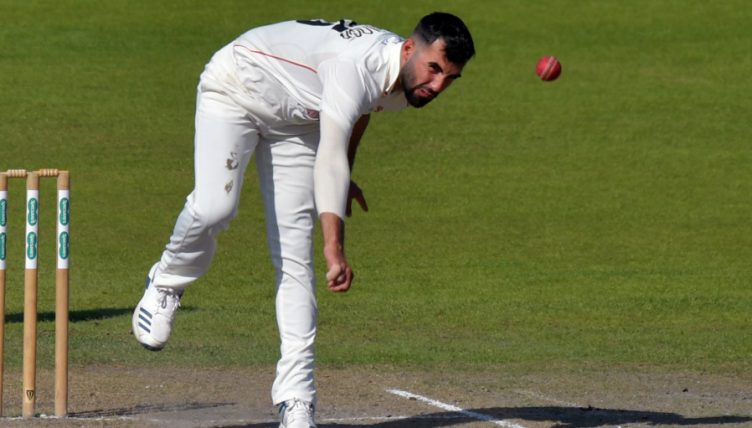 Soon-to-be England debutant Saqib Mahmood believes the fierce competition in the fast-bowling ranks at Lancashire has prepared him well to flourish on the international scene this winter.

The 22-year-old was named by new coach Chris Silverwood in a somewhat experimental squad for the five-match T20 series and two Test matches in New Zealand beginning next month.

The call-up follows a summer in which Mahmood finished as the leading wicket-taker in the Royal London One-Day Cup, before being overshadowed in the County Championship and Vitality Blast by some of Lancashire’s other fast bowlers.

However, competing for a place in a Lancashire squad containing the likes of England’s record wicket-taker James Anderson, Graham Onions, Richard Gleeson and Tom Bailey has given Mahmood a taste of the elite level of competition in the international arena.

“It still feels weird to think that I’ve been picked for England,” Mahmood told the PA news agency.

“If I get the opportunity I want to go out there and just give it my all. It’s the same at Lancs, where this year we had a very high level of competition in the bowlers.

“England will be another step-up but I’m used to dealing with that competition where you’re fighting for places, you’re not quite sure who’s going to play or where you’ve got to up your game to get into that XI.

“It will be the same with England. I think it will be one of those where very quickly I’ll have to learn and see what kind of areas that I’ve got to make sure I’m on top of.”

Fellow seamer Jofra Archer has been rested for the T20 series due to the immense workload the paceman has taken on across multiple format this past summer, but will return for the red-ball encounters.

While Archer went past 95mph on a few occasions in a breakthrough summer, Mahmood, capable of finding conventional and reverse swing, is no slouch on the speed gun either and has regularly clocked 90mph.

Mahmood believes the arrival of Archer will be another factor that will organically elevate his own levels.

“If you look at Jofra and the speeds he’s bowling and what he’s achieving, I’m the type of player where that will make me hungrier for more,” said Mahmood.

“In training if he’s bowling quick you want to push yourself that little bit further. You’ve got someone who’s doing it at top level and you want to almost try to get to his level as well.

“It’s the same when Jimmy’s at Lancs, I’m trying to work on my skill, I see that as the finished article and I want to work my way towards that.

“The level of skill he has, when you’re surrounded by those types of guys, I think naturally you lift your own standards as well to match them.”

Meanwhile, England skipper Joe Root has gone back to his Roots (geddit?!) in a bid to rediscover his top form.