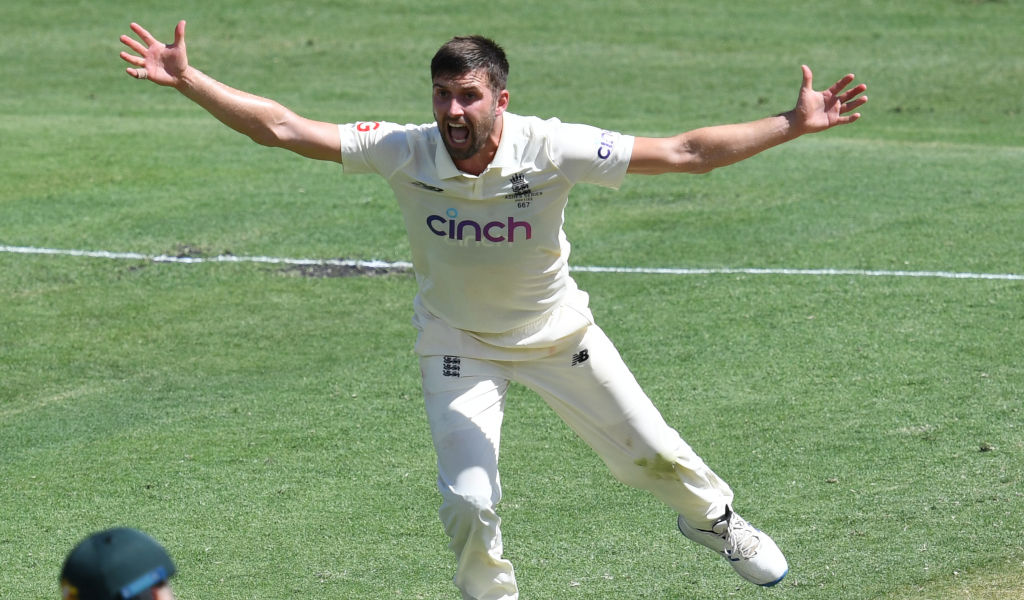 England‘s interim coach Paul Collingwood says Mark Wood is “unlikely” to be fit for the second Test against the West Indies but is optimistic about Ollie Robinson’s prospects.

After settling for a draw on a sleepy surface in Antigua the circus moves swiftly on to Barbados, where the series continues on Wednesday.

And for Collingwood, sifting through his bowling options is the first item on the agenda. Wood played a bit-part role at the Sir Vivian Richards Stadium, with an elbow injury forcing him out of the match after bowling just 17 overs.

England will send the seamer for a scan but it seems fanciful to think they would risk him so soon and, given the nature of the problem, he could also be a doubt for the decider in Grenada later this month.

“He is sore. We are going to get to Barbados, have a look at him then and see what he is going to be like for the rest of the series,” said Collingwood.

“A scan is the sensible option, there is an impingement there so I’m sure we will have further investigations. But he’s not bowled in the second innings of the Test so you would say it is unlikely (he can play).”

With Saqib Mahmood and Matt Fisher already in the squad, England have decided against sending for additional cover but will be wary of the workloads being asked of their seamers.

With Wood unable to carry his share Craig Overton sent down 42 overs in Antigua, Ben Stokes accelerated his recovery from a side strain to serve up 41 and Chris Woakes contributed 39. There will be tired legs and stiff bodies and none of the trio are expected to train at an optional session on Monday.

England would like to bring Robinson back in to freshen up their attack after he missed the first Test with back spasms and he is tracking in the right direction to make himself available.

“Ollie is looking pretty positive at the moment. His recovery has been excellent,” said Collingwood.

“The backroom staff have done a great job on Ollie, he’s bowled a couple of spells and is getting the ball through really well so that is looking really positive.”

As a player Collingwood captained England’s one-day and Twenty20 sides, but was breaking new ground last week as he helped Joe Root lead the red-ball team for the first time.

Collingwood focused on task at hand

Following the ousting of Chris Silverwood, Graham Thorpe and Ashley Giles after the Ashes, he is the most senior figure left from the previous regime and looks a good bet to play a significant role in what comes next.

He refused to be drawn on his precise ambitions but was keen not to pigeon-hole himself as a limited-overs option. A good result in the Caribbean, where England have won just once in the last 53 years, would underline his claims neatly.

“I’m just trying to get through these next two games, I’m not thinking too far ahead,” he said.

“When you get a response from the boys it really does give you a lot of heart and I’ve really enjoyed it from the moment I set foot in Antigua. Talking to the boys and the honesty sessions and where the team want to go…it does put a smile on your face to see the reaction and the attitude out on the field

“The simple fact is I haven’t got experience in either (coaching red or white-ball cricket), but if look at it that way you’ll never get a head coach role. We’ll wait and see.

“I’m focusing on Barbados and Grenada. It’s only three games but I want to take this team forward. Whoever I pass it on to, I want the team to be in a better place. That was the goal from the start.”

Jofra Archer will link up with the England squad in Barbados as part of his ongoing rehabilitation from a long-standing elbow problem of his own. The World Cup winner has been out of action for 10 months and is not expected to fit for action until midway through the summer.