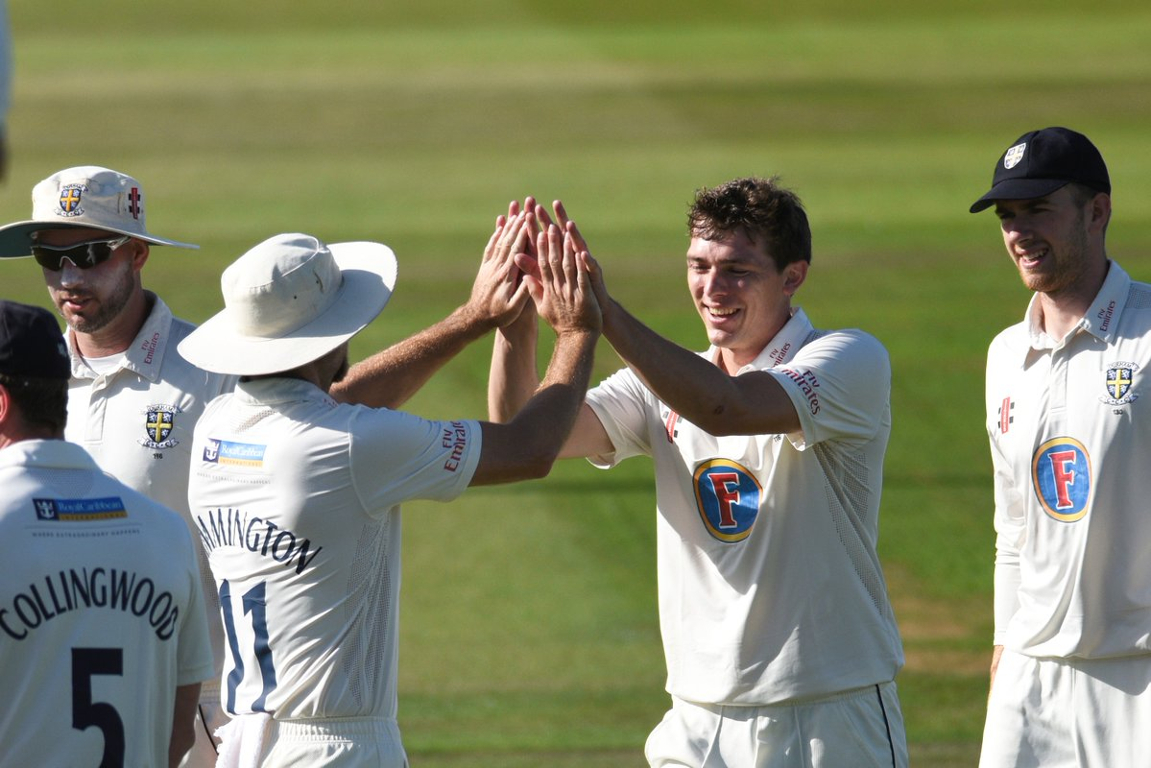 Pace bowler Matt Salisbury has penned a contract with Durham until the end of the 2020 season after making a big impression while on loan at the Club.

The 25-year-old joined at the start of June and played a vital part in the County Championship victory over Derbyshire on first-class debut with both bat and ball.

His impressive haul of 17 wickets in three first-class matches at an average of 24.71 earned him Eden Mill Player of the Month for June, alongside a defiant 25 off 147 balls to help Durham turn the match around against Derbsyhire.

Who’d like to see ‘The Great Wall’ stay longer?#ForTheNorth pic.twitter.com/IAnH0lzDsr

And Jon Lewis moved quickly to make it a permanent deal for the ex-Essex and Hampshire seamer.

“Matt’s impact since joining us has been instant and I am thrilled we’ve been able to secure him for the rest of this season and two more beyond that,” Lewis said.

“We consider people’s characters very important, too, and he has fitted into the dressing room extremely well.

“He has a considerable skillset and we’re looking forward to seeing that develop further over the coming months and years with the Club.”