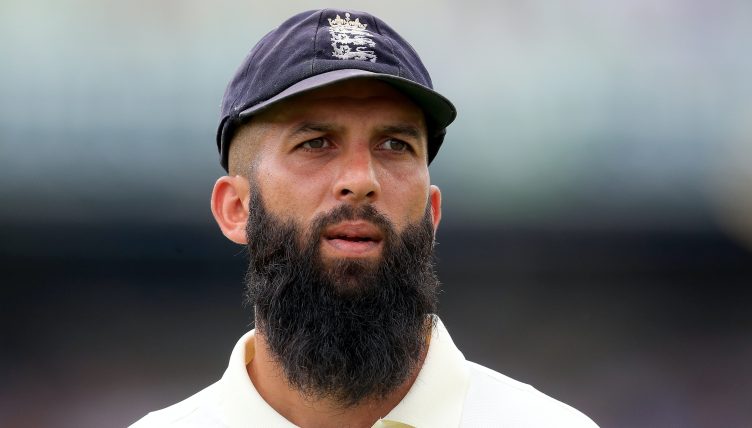 Moeen Ali is one step closer to his first Test appearance in almost a year after national selector Ed Smith welcomed him to a 30-man training camp that also includes eight uncapped players.

The England and Wales Cricket Board has kept on more than half of the 55 players it invited back to practise at 11 different venues in recent weeks as preparations for next months’ three-match series against the West Indies ramp up.

The group will convene at the Ageas Bowl on June 23, training, resting and sleeping at the ‘bio-secure’ venue ahead of an intra-squad match on July 1-3. That will provide a final chance to earn selection for the Test squad.

Moeen’s presence in the list represents the next step towards full rapprochement, with the spin bowling all-rounder not featuring for the red ball side since being dropped during last summer’s Ashes.

He subsequently decided to make himself exclusively available for limited-overs cricket over the winter but has opted to throw himself back into contention alongside Jack Leach, Dom Bess and newcomer Amar Virdi.

“In a number of conversations over the winter, and also more recently, Moeen has indicated he wants to be considered for selection in all formats and he’s available for selection. That’s good news,” said Smith.

“As a selector we always want the most amount of talent to pick from so we’re pleased Moeen is available again. One thing I’ve always felt as a selector is that it’s always good news if you increase the talent pool – whether that’s Adil Rashid returning to Test cricket or Moeen Ali saying he’s available for Test cricket again.

“Moeen is a valued member of the England set-up and across formats he’s been a significant contributor.”

Of the new faces included, Essex batsman Dan Lawrence, Gloucestershire wicketkeeper-batsman James Bracey, Sussex seamer Ollie Robinson, Somerset quick Jamie Overton and Surrey spinner Virdi have yet to represent their country at all, while Lancashire’s Saqib Mahmood and Matt Parkinson and Somerset’s Lewis Gregory have been capped in the white-ball team.

All of England’s established Test players are present and correct, including Rory Burns, Jofra Archer, James Anderson and Mark Wood, who have been recovering from a variety of injury problems.

The chance for the younger group to spend an extended period mixing at close quarters with world-class performers is one Smith feels could pay dividends in the future.

“It is a great opportunity for that group of players to join up with an England training group and to rub shoulders with the best players in the country and the established players in the Test team,” he said.

With such a large group to manage, head coach Chris Silverwood and assistant Graham Thorpe have been handed a reinforced backroom team using head coaches from the county network.

Lancashire’s Glen Chapple will help mentor the pace bowlers, Gloucestershire’s Richard Dawson will look after spin duties and Matthew Walker of Kent has been asked to join Thorpe in overseeing the batsmen. In addition, former Test wicketkeeper Chris Read has been appointed as wicketkeeping consultant, while ECB fielding coach Carl Hopkinson completes the team.

Paul Collingwood, one of Silverwood’s regular assistants, will lead a proposed one-day series against Ireland in August, as revealed by the PA news agency last week.

“Similarly, Chris Read’s vast experience at the highest level will no doubt add value. It’s also a real positive for our domestic game that we can expose a greater number of our coaches to international cricket.

“A huge amount of work has taken place behind the scenes to get us to this point, and it’s now over to Chris Silverwood and his management team to support the players with their final preparations for what will be a historical series.”