Morgan not concerned by injury to star man Buttler 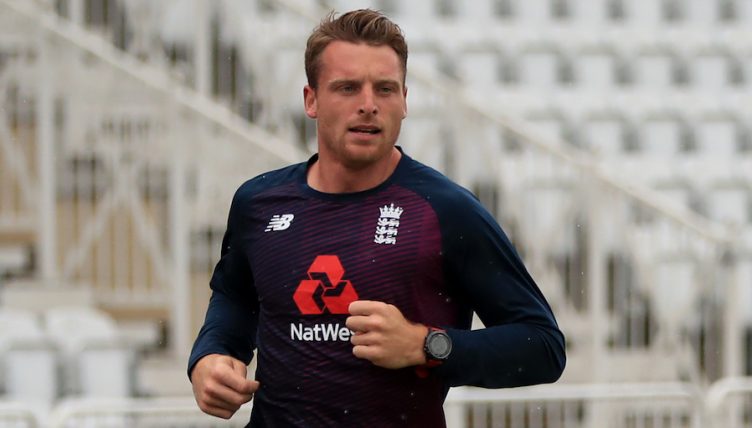 England captain Eoin Morgan is not worried about the hip issue Jos Buttler sustained during Saturday’s win over Bangladesh.

Morgan expects Buttler to be ready for the showdown with the West Indies at the Rose Bowl on Friday, despite the Lancashire ace having failed to take to the field for the second half of the 106-run with over the Tigers in Cardiff on Saturday.

The Three Lions skipper told Cricinfo: “There are five days (before) the next game. We’ll use every day as much as we can to get try to get him back on the park.

“There’s no serious concern at that moment. He’s going to be monitored over the next 48 hours, but at the moment it’s more precautionary than a situation where he is not able to do his job.

“I’m quite confident that it’s not a serious injury.”

Buttler has been in fine form so far in the World Cup, scoring 18 against South Africa, 103 in the defeat to Pakistan and 64 in the victory over Bangladesh.

In his absence against the Tigers, Jonny Bairstow took on the wicket-keeping duties, with the Yorkshireman taking four catches after having made 51 with the bat and helped add 128 for the first wicket with man of the match Jason Roy, who smashed 153 from 121 balls faced.