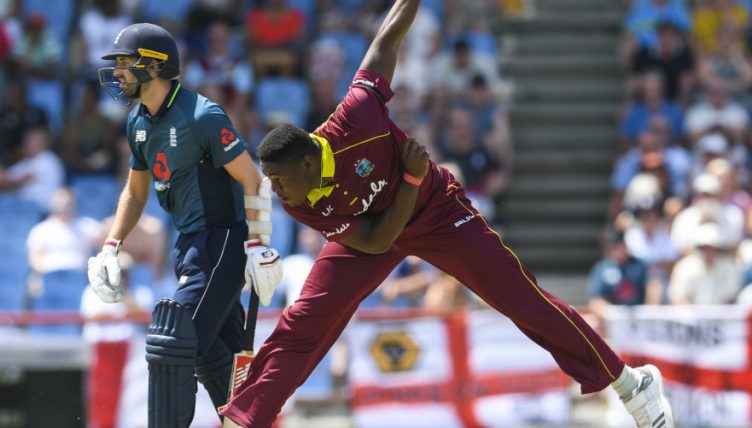 Captain Eoin Morgan says England must do better to adapt to different conditions after their seven-wicket defeat to the West Indies.

The tourists put in a dismal batting display in the fifth ODI at the Daren Sammy National Cricket Stadium on Saturday as they were bowled out for just 113.

Alex Hales and Jos Buttler were the only two English batsman to score over 20 (both 23) as Oshane Thomas ripped through England to claim a career-best 5/21.

Chris Gayle smashed 77 to help the Windies cruise to a comfortable win and see the series finish 2-2, much to the disappointment of Morgan.

“We struggled throughout the whole innings with the bat, to deal with and adapt to conditions,” he said. “Extra bounce is not something we come up against very often. We struggled massively. We were way off the ball and West Indies forced us into a lot of errors today. It was pretty much a one-horse race.

“It is quite difficult to curb what has been a natural reaction for a couple of weeks. We need to get better when we come up against different conditions. It is never easy for any side but we need to adapt and find a way to score runs and manage our innings.

“I think you have to rock up in a good enough head space to adapt to any conditions. I would like to think we could learn from our mistakes today and look forward rather than back.”