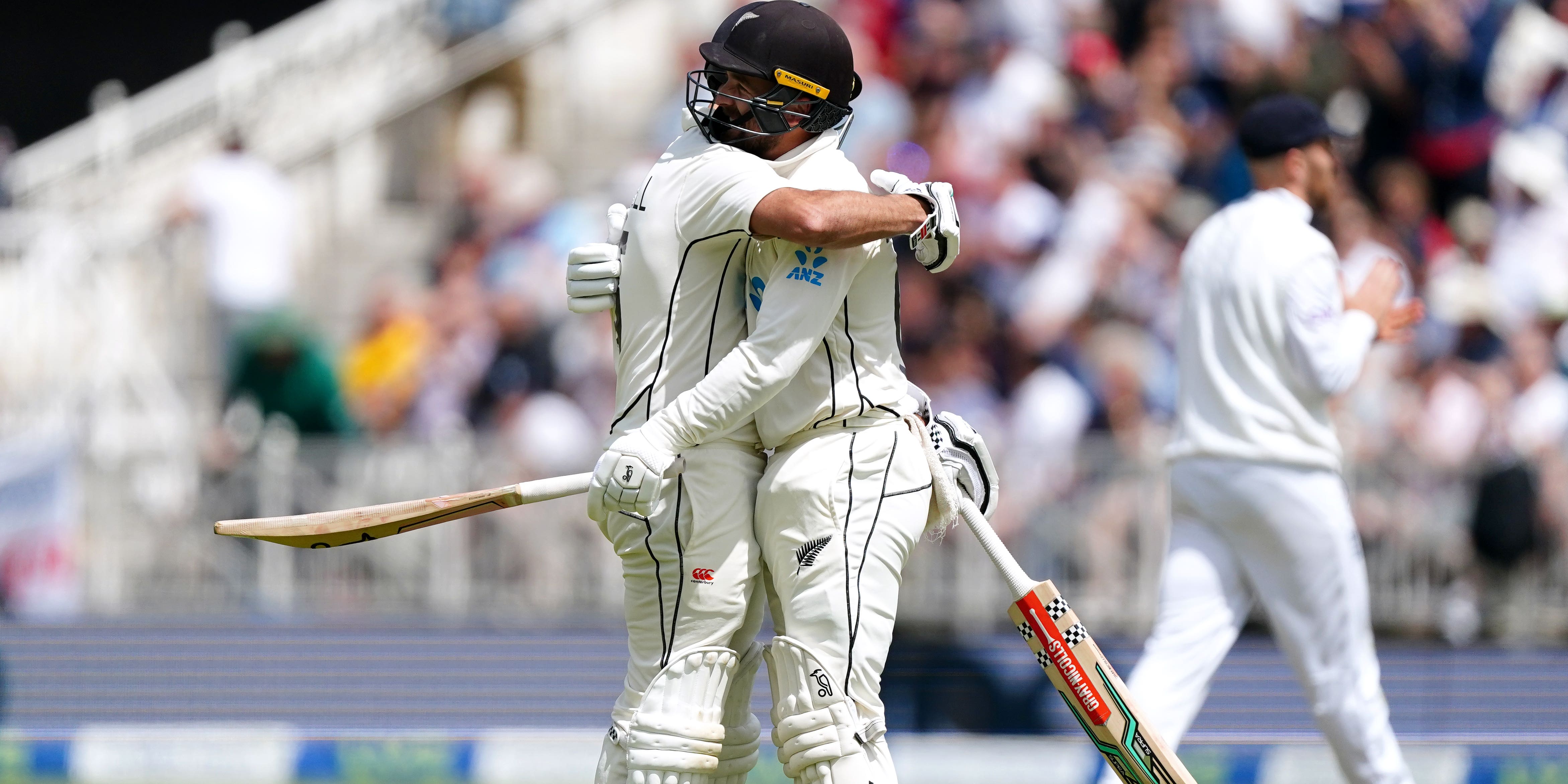 Daryl Mitchell and Tom Blundell posted centuries as New Zealand piled the pressure on England on day two of the second Test at Trent Bridge.

The fifth-wicket pair picked up where they left off on the first evening, with Mitchell making it back to back hundreds following his efforts at Lord’s and Blundell (106) making amends after falling four short in that game.

The tourists had stretched their score to 481 for five when rain brought an early tea, with Mitchell unbeaten on 162 having exactly doubled his overnight score.

Jack Leach had Mitchell dropped on 104, Matthew Potts’ error taking England’s costly tally of missed chances up to five in the match, before finally ending a partnership worth 236.

Blundell, having just brought up his third Test century, hacked the left-arm spinner to mid-off where captain Ben Stokes showed his side how to hang on.

New Zealand added 94 runs in the first session and another 69 before the weather turned, continuing the positive stroke play that allowed them to take charge on day one.

They had started on 318 for four, with the second new ball still relatively fresh after a brief burst on Friday evening. England were desperate for it to offer some assistance but neither James Anderson nor Stuart Broad could get it moving through the air.

Mitchell took 45 minutes to convert his overnight score of 81 into three figures, getting over the line with a rare false shot as a thick edge from Potts sailed through to the third man boundary. He has been a revelation in the past fortnight and, at the age of 31, looks to have finally cemented his place in a competitive middle order.

He should have been on his way soon after, skying Leach down the ground on 104 to give Potts a steepling chance running round from long-on. The seamer made good ground but inexplicably allowed the ball to slip through his hands, ricocheting for four off his knee to add insult to injury.

Potts had to rouse himself to bowl the next over and was promptly dispatched for consecutive boundaries. He exacted a small measure of revenge when he rapped Blundell on the finger, but the wicketkeeper did not allow himself to lose focus.

Having fallen agonisingly short of a ton in the first Test, he showed no nerves at all as he breezed through the 90s. He went to 99 with a big swing down the ground off Leach and a one-bounce four, before dashing through for one to complete the job.

His stay ended soon after, Leach finally getting some reward his 26th over as a loose stroke picked out Stokes, but leaving Mitchell to begin building a new stand with debutant Michael Bracewell.

New Zealand came out hot in the afternoon, hammering 26 from the first two overs. Leach was smashed for 17 of those, with Mitchell using his feet and launching the spinner all the way over long-on. He followed with the fourth sixth of his innings, to go with 20 fours.

Bracewell could not have wished for a gentler introduction at the highest level but showed he was comfortably up to it with a couple of dazzling drives off Stokes and a crunching pull shot.

England were bowling themselves into the ground when showers arrived to give them a welcome break.