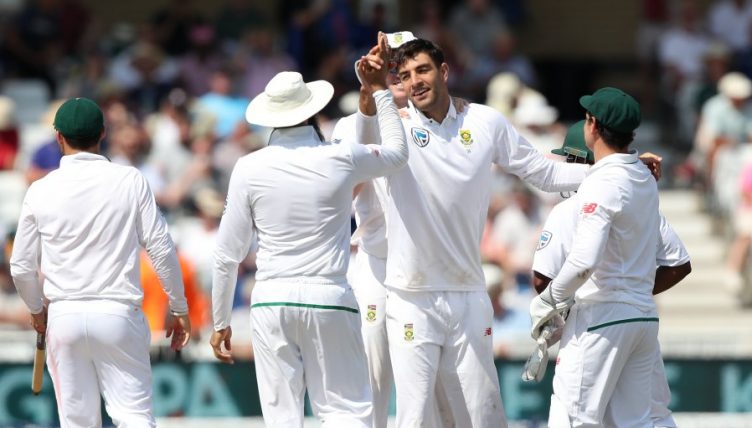 Duanne Olivier has expressed his desire to play for England after controversially leaving South Africa to sign a Kolpak deal with Yorkshire last month.

Olivier has taken 48 wickets at just 19 apiece in 10 Tests for the Proteas, but quit international cricket for the financial security of a county deal at Headingley.

Provided he obtains British citizenship, doesn’t play in South Africa as a local player and spends at least 210 days for each of the next three years in the UK he would become eligible to play for England in 2022. The ECB recently relaxed its seven-year qualification period for players who move after the age of 18, aligning themselves with the three-year waiting period mandated by the ICC.

That rule change is why Jofra Archer is now available for England selection, and Olivier has no doubt added to the disquiet over his move by expressing a desire to follow suit.

Olivier will be 29 when theoretically available for England and may present a difficult question for the selectors given his previous career for the Proteas.

Speaking to the Daily Mail ahead of his first season with Yorkshire, though, Olivier has made it pretty clear he intends to make himself available for England if and when he meets the criteria.

“I accept that my Test career is over for South Africa but if I do well, hopefully in the future, I can play for England,” he said. ‘You always need to put your mind to certain goals.’