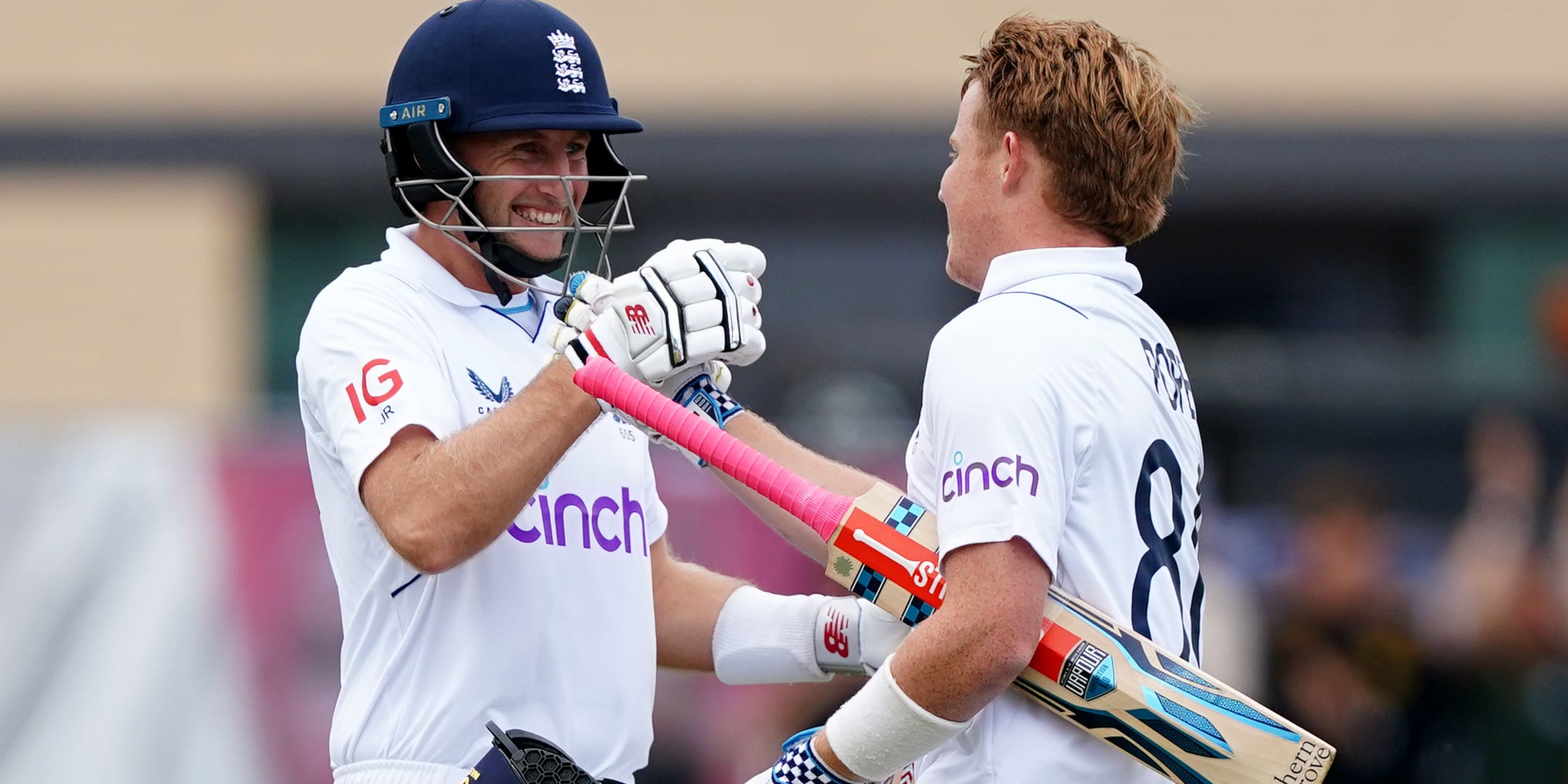 Ollie Pope and Joe Root helped themselves to a pair of outstanding centuries as England followed New Zealand’s lead by filling their boots in the second LV= Insurance Test at Trent Bridge.

Having watched the tourists rack up 553 in the first innings, England reached responded in kind by racing to 331 for two on the third afternoon in Nottingham.

From his new position of number three Pope reached a career-best 142 not out, his second Test ton and a first on home soil, while Root continued his magical run of form with yet another memorable turn, easing to an unbeaten 109.

His 116-ball masterclass was the fastest yet of his 27 Test centuries, his second in as many games since giving up the captaincy and his 10th since the start of 2020. It is the kind of purple patch only the very greatest players can even contemplate, taking Root into rarefied air.

With a rapid outfield, clear skies overhead and a Dukes ball that has been more docile than usual, the scene was set for England to enjoy themselves but they still deserve credit for not allowing the scoreboard pressure generated by the Kiwis’ mammoth total.

In the first two sessions they piled into a listless attack, heaping on 241 runs for the loss of a solitary wicket. Even the man to go, opener Alex Lees, made a flowing 67 – his maiden half-century in international cricket.

The Black Caps’ lead of 222 still gives them reason for optimism, with a cluster of quick wickets enough to get them back in the hunt, but it would take a major shift in momentum to drag the hosts back.