Ellis: Cook must dare to be bold 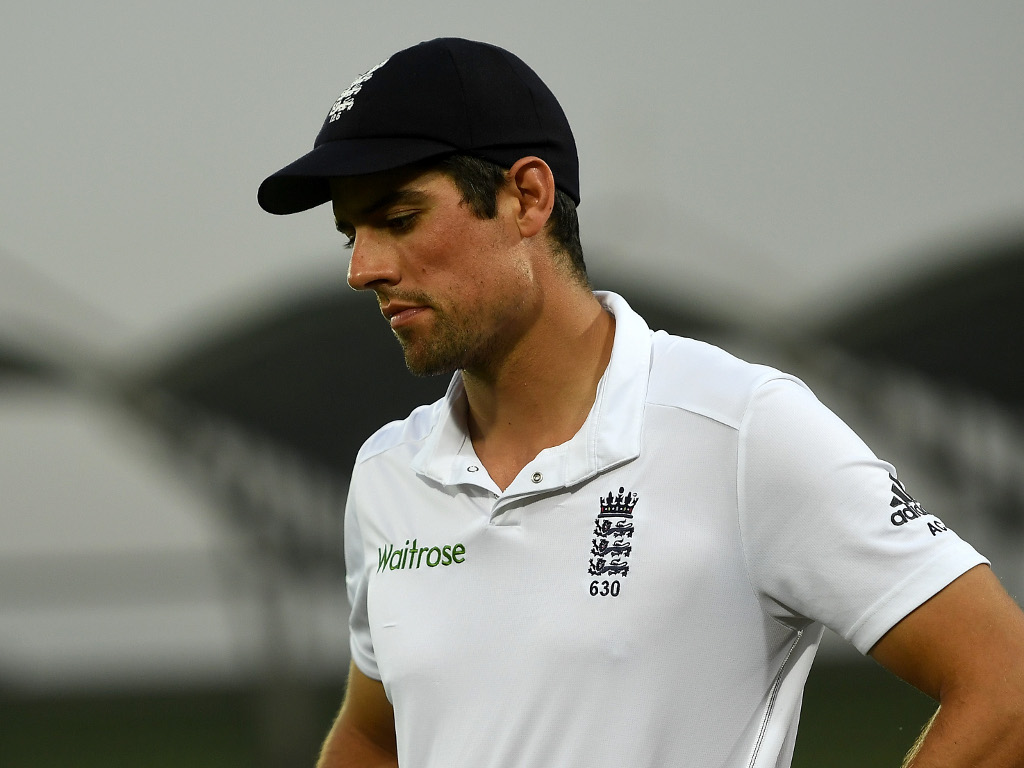 Cricketing declarations can get a very bad press.

At one end of the extreme, think back to the Division One County Championship decider between Middlesex and Yorkshire at Lord’s in deepest September.

It stokes up visions of trailer trash bowling instigated by a classy toilet talk between the skippers. The implementation of the artificial construct (not the agreement itself)  made a mockery of the game.

They must have been choking on their cider down in Taunton when those ‘hit me’ balls were being sent down by the Yorkshire opening pair Alex Lees and Adam Lyth.

In comparison, the conservatism of cricket’s Test captains can be as restrictive as a python squeeze. We live in a world where five day cricket is fighting against, but also fuelled, by the rise of Twenty20 and a general lack of patience in a speed dial schedule.

Cricket has certainly tweaked its appeal ahead of that other time-consuming sport, golf. Test cricket is still the ultimate for purists but the thrill of the chase often never materialises.

Innate conservatism does not assist the longevity of the five day game. Take Alastair Cook’s miserable bunch of 2013 plodders, who joylessly won the Ashes series 3-0 but didn’t win many friends doing so.

In the prequel to the Ashes at home that summer, Cook’s declarations were insanely safe. He quit the second innings against New Zealand at Headingley a mere 467 ahead with an extremely dodgy fifth day forecast.

England just about squeaked the win in between the showers. It was painful to watch. There have been numerous examples since of an extreme safety first approach from the Essex man.

Rajkot was a more modest ‘mistake’ if that’s what it was. A target of 310 on a turning pitch with no fielding restrictions and a minimum of 49 overs to bowl was never going to be an option for an Indian XI who didn’t exactly fly out of the blocks in the first innings.

It just seems utterly senseless to leave such a declaration to the point where the mathematical improbability of the chase is about as likely as Michael Vaughan staying quiet for two minutes.

While Graeme Smith and Michael Clarke may not have been the most universally popular of skippers, neither of them were afraid to roll the dice. Both hated losing, but there’s a big difference.

Brendon McCullum was another one who saw possibilities of victory rather than getting the computer of probabilities to work it all out for him. As Bobby Simpson once said: “I’ve got my laptop,” pointing to his head. Cook admits a braver person would have gone for it.

The next logical step for Alastair and his army is to advance without the comfort zones that are constantly holding the team back. Now that Adil Rashid has shown his hand, he should be given more trust.

One gets the feeling that despite the many positives of the first Test, England crave a security which bars the gates to boldness. Cook said after the Bangladesh series that he worries for his men. Doesn’t he just. Too much. Let them experience the growing pains and the risk factor.

Rajkot might have been England’s real chance to catch a complacent India on the hop and put them on the back foot straight away. There’s talk of a psychological victory and momentum, which is all very well, but was the real intent to push for victory ever there?

The Scottish mountaineer and writer William Hutchison Murray once wrote: “Until one is committed, there is hesitancy, the chance to draw back, always ineffectiveness.”

To taste blood, you’ve got to smell it first. Alastair Cook is just way too nice to take a bite out of someone.