Parkinson determined to make most of ‘bittersweet’ England call 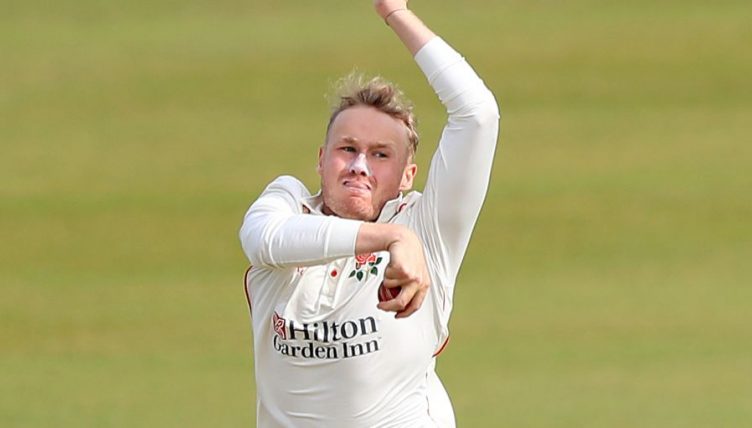 Matt Parkinson wants to make a lasting impression on England in New Zealand after reflecting on a “bittersweet” first call-up which came only a few months after his mother passed away.

One day after the highly-rated Lancashire leg-spinner’s maiden 10-wicket match haul in the Specsavers County Championship against Sussex in July, Parkinson and his family were in mourning after the sudden death of mum Maria.

The tragedy would inspire Parkinson, who had another productive Vitality Blast campaign with 21 wickets at an average of 14.61, to earn a spot in both the Twenty20 and Test squads for England’s first winter assignment.

Parkinson said: “It’s been a tough summer for me and my family.

“I think I used it as a motivation to perform well and luckily I did that. I’d say bittersweet, I’m still very proud and I think she would be as well.

“I’m looking forward to the tour and knowing that she’s looking down on me.

“The first call-up is very special for any cricketer that gets selected. You’re not actually as far away as you think.

“But I’m not just making up the numbers. I just want to impress and just sort of do what I do. If that translates into me playing then brilliant, if it doesn’t then I want to leave a good impression on the coach and the players.”

A wrist-spinner with blond hair invites inevitable comparisons with Shane Warne but it is another former Australia leggie who has influenced the youngster’s career.

Stuart MacGill, who was in Warne’s shadow for a number of years but still claimed 208 wickets in 44 Tests between 1998 and 2008, coached Parkinson in Sydney a couple of winters ago and the two remain in close contact.

Parkinson added: “He’s probably my go-to and a sort of mentor. I’m very lucky that I do have a relationship with him. He’s been fantastic for me in the past two years.

“Shane Warne is the best leg-spinner to have played the game so I think if I do play there will be comparisons naturally. Fingers crossed I can one day meet him.

“I don’t think I started bowling leg-spin because of him. It probably would have been the same time to the 2005 Ashes but I know my dad bowled leg-spin so I guess he was probably pushing me that way.

“It probably didn’t do any harm that Warne was obviously playing around that time. He was fantastic to watch in that brief time he was playing when I was growing up but I didn’t actually see a great deal of him live.”

Parkinson’s twin Callum is forging his own county career at Leicestershire, where the two played against each other in the final fixture of the Division Two season.

Brothers who dismissed each other in the same first-class match (Parkinsons are the first twins): pic.twitter.com/i54KZbAPW9

In a peculiar turn of events, the pair dismissed each other leg before, while Callum was on the field standing yards away from his sibling when Parkinson learned he was being drafted into England’s squad – after fellow call-up Saqib Mahmood shouted the news from the Lancashire balcony.

Parkinson said of his brother: “We’re not very competitive with each other, we’re just very supportive. The first result I check is Leicestershire and I’m sure the first result he checks is Lancashire.

“We’re both desperate for each other to do well and I know he’s very proud of me that I’ve been selected in the England squad.”

As for whether Callum will make the trip to New Zealand, Parkinson added: “I think he might be.

“He’s playing grade cricket in Adelaide with (Leicestershire team-mate) Mark Cosgrove. He might nip across but nothing’s been confirmed yet.”