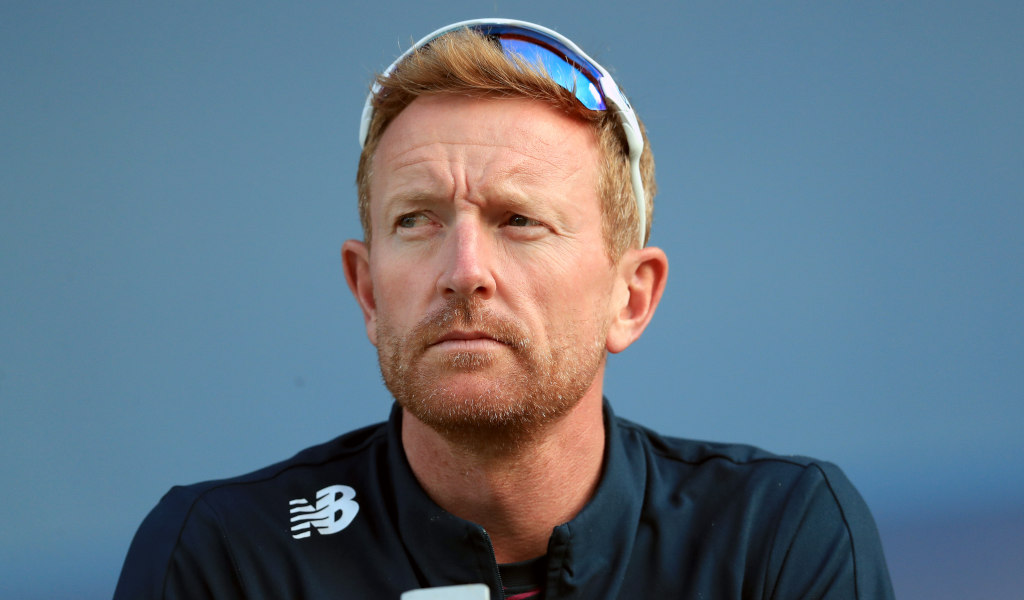 Paul Collingwood hopes he has a future in England’s new coaching set-up but has warned the team’s schedule is at risk of breaking players “physically and emotionally”.

Collingwood has just wrapped up a month in charge of the Test side as interim head coach and is waiting to hear what role he will play following a 1-0 series defeat in the West Indies.

A new director of cricket is currently being recruited, with Durham’s Marcus North, former England batter Rob Key and Mark Nicholas among those linked with the post, with the successful candidate likely to appoint specialists to look after the red and white ball teams.

Collingwood’s name is in the frame, with the limited-overs job his most obvious landing place, and he has been enthused by his experience in the Caribbean.

“I’ve put my hat in the ring and if they want me, they know where I am,” he said.

“They’ve seen what I can do. I haven’t got much experience as a head coach, but you would never get a job if that was the case. I feel as though what I’ve done over the last few weeks is a good start but it’s only a start.

“It’s very rewarding, I promise you. I can imagine if you start winning and turn the corner, the satisfaction you’d get from that would be incredible. It’s stressful but the upside is very rewarding.

“If I was to take this team forward I’d want to make them a lot better as quickly as possible. There’s a lot of speculation on the way they’re going to do it and that will come from the managing director.

“Nobody knows until you get that clarity, so it’s important to have that moving forward so everybody understands how we’re going to go about it.”

One issue the hierarchy will have to focus on is England’s increasingly exhausting schedule. It has long been accepted that the demands on the national side are becoming excessive and the next 12 months will only underline that.

Increasingly, England will need to run separate squads as Test and limited-overs commitments intersect and decisions over how and where to utilise all-format players will become trickier.

Improving the fortunes of a Test side that has won just once in its last 17 matches is a clear priority but, with a T20 World Cup later this year and the 50-over title defence in India in 2023, there is no obvious let up. Next winter alone, England have six separate touring commitments across four countries.

Star all-rounder Ben Stokes took a hiatus from the game last year to look after his mental health and get his body back to full fitness and Collingwood offered a stark reminder about the stakes involved.

“I’m sure the new coach will want to pick best team he can possibly have but if you look at that fixture list, we’re going to have to be very careful,” he said.

“Have a look at the fixture list: we’re going to blow a lot of players out of the water very quickly. Ben Stokes has been a prime example. He’s put his body on the line this series because he wants to win games of cricket.

“If players continue to do that they’ll break; they’ll break physically and emotionally. So we’ve got to be a little bit careful to say ‘get the best team on the park every time’ because that fixture list moving forward is horrific.

“We’re all playing Covid catch-up. We all know that. It’s going to be hectic for the next two years because we’ve got to catch-up on games and organisations need to catch up on money.”

“Sometimes it amazes me that he gets questioned, because of how it feels within the dressing room,” he said.

“I can see it because we are not winning games of cricket and, when you have that kind of record, I can understand where the noise comes from.

“But you have to understand how it feels in the dressing room and how strong a leader he is. He has the full backing from all the players and the management as well. It feels like he is still very much our number one to take this team forward.

“You can see the passion, the drive, and there’s a real hunger to get it right. These aren’t just words coming out of his mouth. He’s desperate to get the team back to winning games of cricket.”