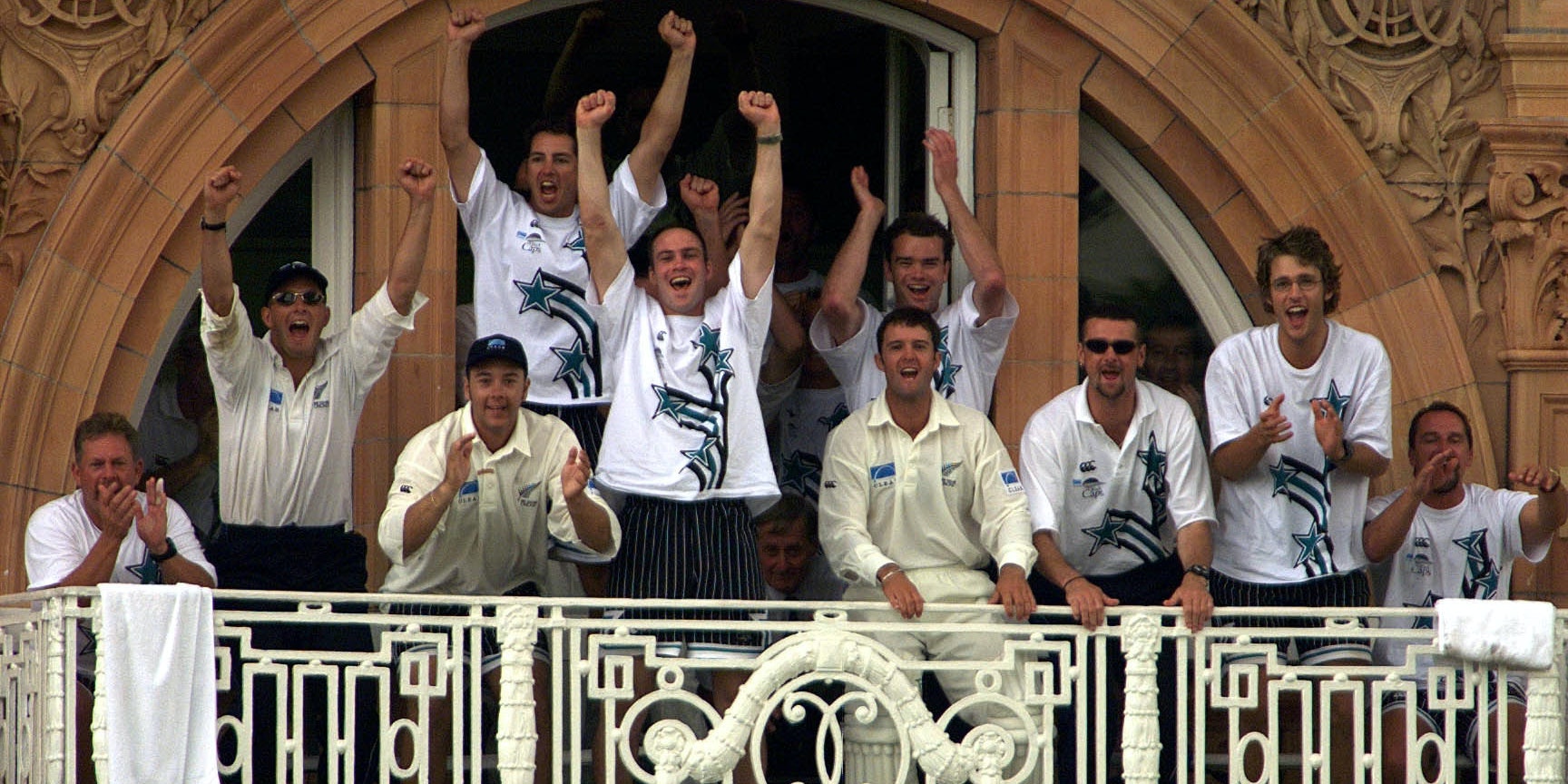 The New Zealand team celebrated their first Test victory at Lord’s on this day in 1999, having won the second Test against England by nine wickets on the fourth day.

It was lucky number 13 for the Black Caps, who first played at the home of cricket in 1931, but had lost five and drawn seven before getting the victory.

They were on top in the match from the early going as Chris Cairns ripped through the England batting line-up, taking six for 77 as the hosts were bowled out for 186.

Matt Horne then hit a century as New Zealand hit 358 in reply to take a commanding lead.

England’s woes only increased in the second innings with captain Nasser Hussain unable to bat with a finger injury, and after they were all out for 229, New Zealand lost only one wicket as they knocked off the 60 runs needed for victory.