Rashid Khan top The Hundred pick as Gayle, Malinga, Rabada all miss out 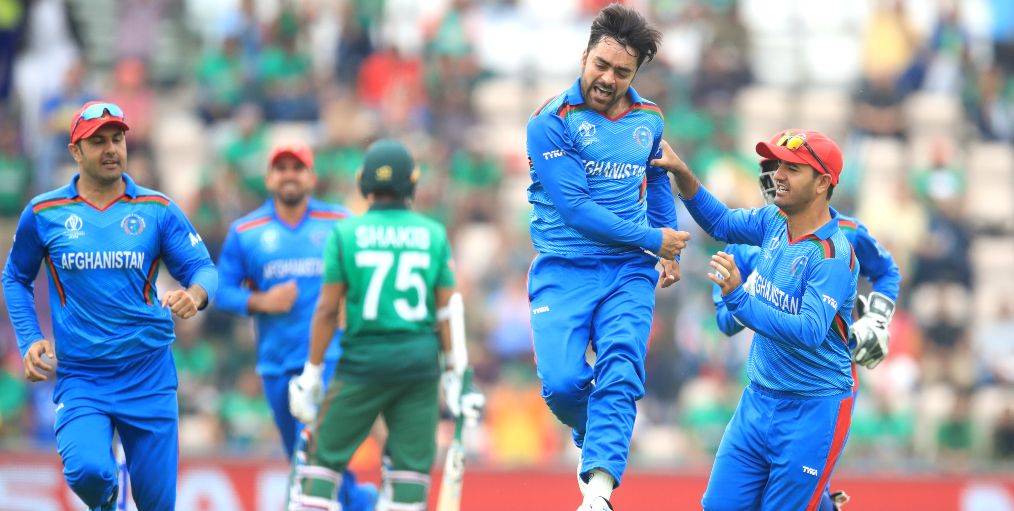 Chris Gayle, Lasith Malinga, Kagiso Rabada and Shakib Al Hasan were among the big names to miss out as the eight new teams contesting The Hundred selected their squads at Sunday night’s inaugural draft.

After months of talking and plenty of divided opinions, the new 100-ball domestic competition took shape in a live televised event where each of the city-based franchises filled out their rosters from a field of 571 names, in a studio setting that looked more like a prime-time quiz show than a traditional selection meeting.

But for all the showbiz trappings, Gayle’s A-list status was not enough to earn him one of the 96 contracts dished out on the night.

With Dwayne Bravo and Malinga also failing to draw interest, that means the tournament will take place without Twenty20 cricket’s top run-scorer and its two leading wicket-takers, all of whom had entered at the top reserve price of £125,000.

Instead it was a member of the next generation, 21-year-old mystery spinner Rashid, who was widely touted as the prime pick and he was duly awarded the honour of being chosen first by Trent Rockets.

Lancashire all-rounder Liam Livingstone was the only Englishman to earn the maximum payday at the draft – although Jason Roy, Eoin Morgan and Moeen Ali had already secured £125k contracts as local icons. Livingstone was grabbed in the opening round by Birmingham Phoenix, while Sam Billings, Phil Salt, Liam Dawson, Tom Abell, Ravi Bopara and Lewis Gregory all commanded six-figure fees.

Andre Russell was the day’s second pick, by Southampton’s Southern Brave, with Sunil Narine and Mujeeb-ur-Rahman also among the highest earners.

Manchester Originals – coached by former Australia batsman Simon Katich – made the two most surprising early calls by investing a combined £250,000 in 40-year-old leg-spinner Imran Tahir, who had a base price of just £60,000, and the relatively unheralded Dane Vilas.

On a domestic level the competition for places left a handful of notable current or former England cricketers on the outside, including Olly Stone, Samit Patel, Jamie Overton, Sam Hain, Ian Bell, Rikki Clarke and Steven Finn.

Kieron Pollard of the West Indies also finds himself at a loose end having set a £100,000 base.

The likes of Luke Wright, Craig Overton, Laurie Evans, Jade Dernbach, Riki Wessels and Luke Fletcher – all experienced short-form campaigners – must have been fearing the same fate but were chosen in the final round at the minimum £30,000 bracket.

Every squad will have the chance to sign one more domestic player as a ‘wildcard’ on a £30k contract just before the tournament begins after the T20 Blast has finished.