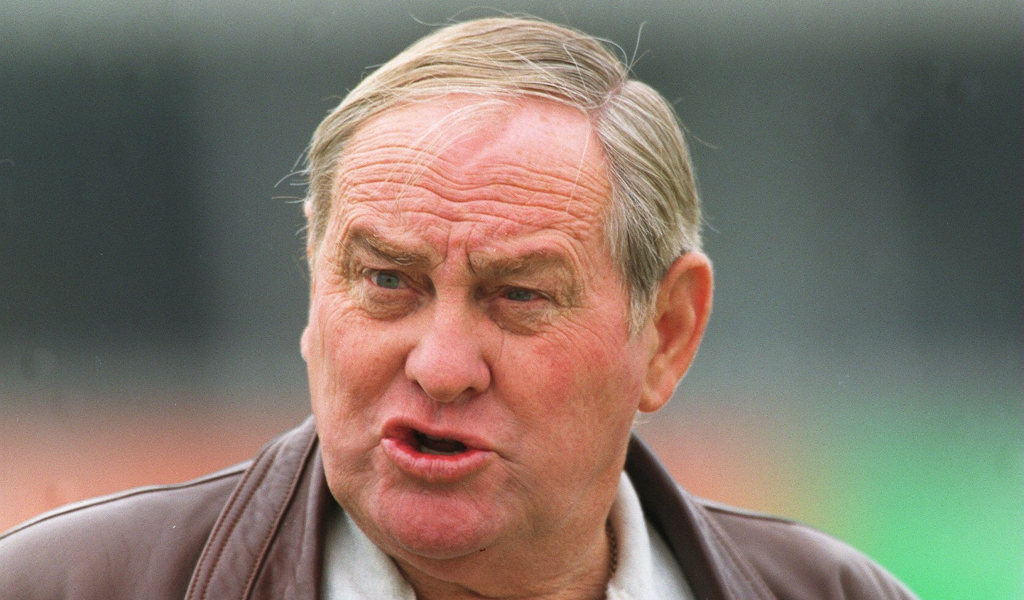 In a sport where statistics serve as the backbone of so many stories, Ray Illingworth was always better understood through the prism of his unyielding personality.

That is not to say Illingworth is poorly served by his numbers – 61 Tests, 122 wickets and a couple of centuries, not to mention a three-decade first-class career boasting more than 24,000 first-class runs and 2,000 scalps.

Illingworth the player was shy of true elite status, but as a solid lower middle-order batsman, infuriatingly miserly off-spinner and specialist gully fielder, he was never far from the action.

But such feats are window dressing when assessing Illingworth’s wider impact on cricket in England. At his best he will be remembered as one of the nation’s finest captains – a single-minded leader with an appetite for authority and broad enough shoulders to bear it.

At his worst, in his second act as selector, coach and over-arching ‘supremo’ of the national side, the same qualities engulfed both him and those who served at his pleasure.

By a lesser number, primarily those involved at his beloved Farsley Cricket Club, he will forever be cherished as the life-long club man who prepared wickets well into his 70s and could not resist arriving to paint the crease even after a heart attack slowed him down in 2011.

In his home life he was a doting husband to childhood sweetheart Shirley, father to Diane and Vicky and later both grandfather and great-grandfather.

Born in one of Yorkshire’s cricketing hotbeds, Pudsey, on June 8, 1932, Illingworth was seven when World War Two took hold.

His father worked as a joiner and cabinet-maker, pausing only to help in a munitions factory during the conflict, and, despite learning the family trade, Illingworth soon found his forte.

In the school team at 13, rising through the ranks at Farsley soon after and picked by Yorkshire Colts shortly after his 17th birthday, his path was clear.

A period of national service with the RAF proved little more than a minor detour and his fondest memory of that time came from representing the Combined Services on the field of play.

After starting his professional career in a Yorkshire dressing room dominated by big characters, Illingworth grew in stature as a fixture of the dominant White Rose side which swept seven county championships in nine years between 1959 and 1968.

England also came calling, 30 times over a decade, but it was not until his move to Leicestershire in 1969 that he truly found his calling.

Installed immediately as captain at Grace Road, he was then summoned to lead his country when injury struck Colin Cowdrey. Initially a stand-in, he held the position for over four years, winning 12 and losing just five of his 31 Tests.

Illingworth leveraged power on and off the pitch, demanding more concessions than ever before from the board and more input in selection than the job typically entailed. For those who made his cut, he called for outright obedience and a clear commitment to his game plan.

If that caused a couple of bumps in the road, notably with the likes of Geoffrey Boycott and John Snow, it was frequently a productive arrangement for all concerned.

The era peaked with an away Ashes success against Bill Lawry’s Australia in 1970/71, Illingworth’s over-riding legacy even after his remarkable return to Yorkshire colours at the age of 50.

Originally appointed team manager, he eased himself back into the playing roster and ended up with a John Player League winners’ medal.

That would have proved a fitting finale had he not been tempted back into the spotlight as England’s new chairman of selectors in 1994.

He joined what was essentially a sinking ship and hopes were high that his astute reading of the game and simplicity of approach would put things right.

Instead his tenure was a debacle. Most obviously, he clashed on every conceivable level with captain Michael Atherton, declining to award the young Lancastrian the same powers he had claimed when holding the role.

The pair were generationally and temperamentally incompatible and Illingworth’s eye for a player appeared more than once to be offering only blurred vision.

In his three years in post he accrued enough responsibilities to warrant the ‘supremo’ moniker, but as results and relationships teetered off a cliff – most notably an ill-tempered and ill-advised public rebuke of paceman Devon Malcolm in South Africa – there was nobody with whom he could share the blame.

Illingworth died on Christmas Day at the age of 89.