Home Countries England REVEALED: Why Jennings is doomed, but Burns has a chance

REVEALED: Why Jennings is doomed, but Burns has a chance 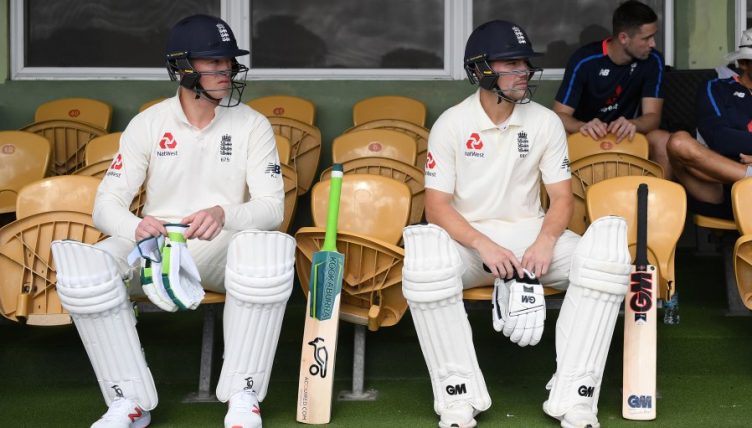 Cricket365 can exclusively reveal that Keaton Jennings’ England career was doomed before it had begun.

Not because of that painfully braced front leg, or his point-blank refusal to move his head or feet in the direction of any ball delivered at north of 80mph no matter how full and inevitably nicking off.

We’ve crunched the numbers and the fact is that England’s openers of the last 20-odd years can be split into two groups. One of those groups, collectively, average a very-handy-in-English-conditions 41.54 and have scored mountains of runs. The other group averages 24.65 and between the lot of them have scored fewer Test runs than Mitchell Johnson. Jennings, of course, is in group two and very much on borrowed time, having already somehow managed to cling on longer than any other member of that sorry subset.

The real reason he’s knacked is simple: he’s using the wrong bat. Specifically, he’s not using a Gray-Nicolls or Gunn & Moore bat. The statistical evidence is overwhelming: these are the only acceptable bats for an England opening batsman to use.

Since the start of the summer in 2000 – a point which I think we can all readily agree constitutes roughly the time when cricket began – English openers have scored 85 Test hundreds. On 83 occasions, the bat raised in celebration was emblazoned with either Gray-Nicolls or Gunn & Moore. Fact.

Jennings, to be fair, does account for the other two with his shameful Kookaburra and, insane as it may sound, only five England openers have scored more runs than he’s eked out since our arbitrary yet correct cut-off point. But still. He’s battling here against not only bowlers who know exactly how to get him out, but also the overwhelming weight of history.

It can be no surprise that Rory Burns made a fluent 84 with his Gunn & Moore last week before he and the rest of the lads decided Roston Chase was the world’s greatest bowler.

There are no guarantees for Burns. For every Cook there is a Duckett, for every Trescothick a Lyth. But at least he’s got a chance. Just look at the numbers.

England openers since May 2000 by bat manufacturer:

Compelling. You can’t argue with that. From Carberry’s Kookaburra to Trott’s New Balance, Stoneman’s Kippax to Ramprakash’s Slazenger and even Jack Leach’s beautiful retro Milichamp & Hall, many have tried to overcome the curse of Opening The Batting For England But Not Using A Gray-Nicolls Or Gunn & Moore Bat. None has succeeded, and neither shall Jennings.