Root: England must be ‘careful’ with ‘special’ talent Archer 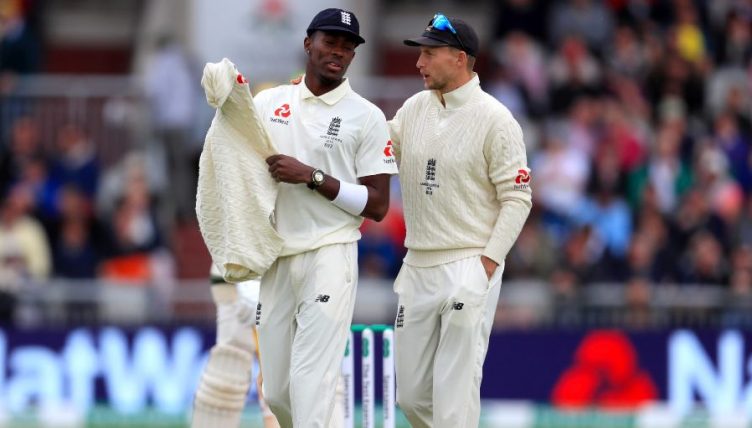 Joe Root knows England have “something special” on their hands in Jofra Archer but has already started the job of managing expectations around the breakout star of the summer.

Four months on from his international debut, Archer has already played a starring role in England’s historic World Cup win, leading the team’s wicket charts and bowling the decisive super over in the Lord’s final, and excelled in the pressure cooker of the Ashes.

He picked up 22 Australian scalps in four Tests at an average of 20.27 and was responsible for some hair-raising spells of fast bowling.

The 24-year-old drew a blank on his final day of the series, when England’s 135-run win at The Oval squared the score at 2-2, but his fiery battle with centurion Matthew Wade in the afternoon was arguably the highlight of the contest.

Not for the first time in his short Test career Archer cranked the speed gun past 95mph and whipped the crowd into a frenzy as he peppered the batsmen with short balls – and left punters searching for a Coral promo code for UK players to use on Archer being the next to bag a wicket.

He is a box office talent and one that leaves Root battling conflicting instincts: as a cricket lover he is plainly enthused, as a skipper he is understandably protective.

“When I faced him in the nets against the red ball it was pretty clear he’d be something special,” said Root.

“He’s come in and been fantastic. He has a way of having a huge impact on the game. His spell here… you saw the way he changed the whole atmosphere at the ground.

“For someone right at the beginning their career to have such a gift, it’s great to be able to captain that and I very much look forward to rest of his journey.

“But we’ve got to be careful not to expect too much of him, he’s a young guy. He’s still learning and I’m still learning how to get the best out of him as a captain.”

Root was particularly keen to warn against burdening Archer with the expectation of bowling at electric pace every time he takes the field. He has varied his speeds depending on conditions and is as happy probing for outside edges as whistling the ball past helmets.

Archer 🆚 Smith: To be continued…

The thrilling battle between @JofraArcher and @stevesmith49 is set to resume in the fourth #Ashes Test at Old Trafford. #BringItHome

📺 Watch on Sky Sports The Ashes from 10am, Wednesday 🕙 pic.twitter.com/MWDqBfzXjD

To see him at full tilt is a thrilling sight, but not one Root expects him to produce on demand.

“At times he might not always bowl at 90mph, but he will still go at 2.5 an over and create chances,” said Root.

“Making sure we don’t expect him to average 12 over the next two-and-a-half years is important, but knowing he’s got that ability to turn a game on his own is exciting.

“One thing we can expect is he’s going entertain and he’s going to make things happen.”