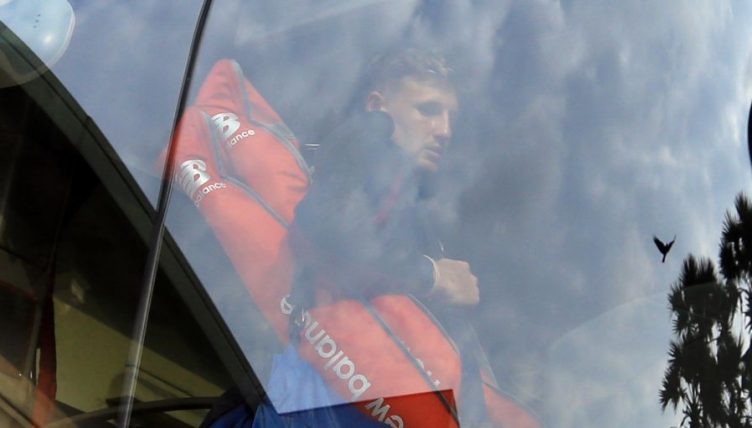 Captain Joe Root believes abandoning England’s tour of Sri Lanka was the only option after admitting players could no longer focus on cricket due to fears over the coronavirus.

The two-match Test series was postponed on Friday, while the team were going through the motions of a warm-up game in Colombo, following talks between both boards.

Root revealed that the fast-moving nature of the pandemic had unsettled his squad, causing concerns over friends and relations back in the United Kingdom.

Speaking ahead of England’s flight home Root said: “There was an element of relief. The right decision has been made.

“You could see looking at the players that their minds were elsewhere thinking about people back home. Now that we can go and look after families and be with loved ones that’s put a lot of guys at ease.

“Naturally there was a lot of talk in the dressing room and it got to a stage where it overshadowed the cricket. Looking at how quickly things have happened at home, you’re thinking about family and friends who might be a bit more vulnerable and that’s hard when you’re a long way away.

“It was clear it was getting in the way of performance and affecting the mental well-being of the guys.”

Sri Lanka has only recorded three cases of Covid-19 but there were fears that travelling England fans, thought to number around 3,000, could inadvertently bring the virus with them.

Should any England player or staff member have tested positive they would immediately have been removed from the carefully controlled team environment and turned over to the Sri Lankan government’s procedures.

It is understood England’s management team had been briefed on the quarantine arrangements and were concerned by them.

“There were a number of different scenarios we could have found ourselves in that were pretty scary to be honest,” said Root.

“You think how things might have gone – being in isolation here, disconnected from the team, without the security we would usually have around us at the ground or the hotel. If one of the lads was to get it in these conditions, or a member of the public travelling, it could be quite a scary experience.”

Root does not know where or when he will see his team-mates again after arrival in England, with the start of the county season in severe doubt and England’s first Test of the summer, against the West Indies on June 4, also under question.

The prospect of playing behind closed doors is likely to be discussed at some stage, a scenario he grudgingly accepts – but one that will be of great interest to fans that can finally watch some sport from home, meaning betting tipsters like sportwetten24 will have a busy period of traffic.

“It would be very strange if that was to happen but if these things have to happen so be it,” Root added.

“We always get supported extremely well and that has played a big part in our results in recent years. They have a big impact on the way we play our cricket, we like to interact.

“We don’t know when we’ll play again. I suppose you can’t have mass gatherings so there won’t be many training camps. I’m sure over the coming weeks we willl prepare and do everything we can to be as ready as possible but until we know more it’s just a case of common sense. Look after yourself, condition well and be ready to start.”