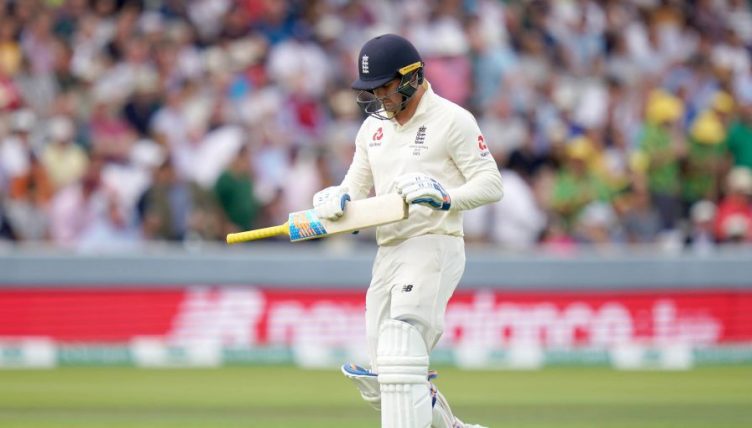 Trevor Bayliss says Jason Roy will continue to open the batting for England during the third Ashes Test against Australia this week.

Roy was thrust into the Test team ahead of the Ashes after his fine form for the ODI side at the World Cup and impressed on his debut, scoring 72 in the second innings from number three in the victory over Ireland.

However, the 29-year-old has averaged just 10 with the bat during the opening two Ashes Tests and that has led to speculation that England might reshuffle their batting line-up and have him come in lower down the order.

Bayliss does feel Roy might be better suited coming in later in the innings but he has indicated the Surrey man will continue to open the batting at Headingley, which is due to get under way on Thursday.

“Personally I think he probably is suited to the middle order but we’ve selected him for the top of the order on his form and experience in the one-day team,” Bayliss confirmed.

“I think at the start of his one-day career he missed out a few times as well and it took him a little while to get the hang of it.

“So the possibility of him playing again at the top of the order doesn’t really concern us – we know what he can do when he does play well.”

England’s batting line-up, as a whole has been criticised during the series but Bayliss is convinced they have selected the best players for the job.

“We think we’ve got the best seven batters available to us at the moment in England,” the 56-year-old added. “Whether we can change that around and make it any better, I’m not sure.”