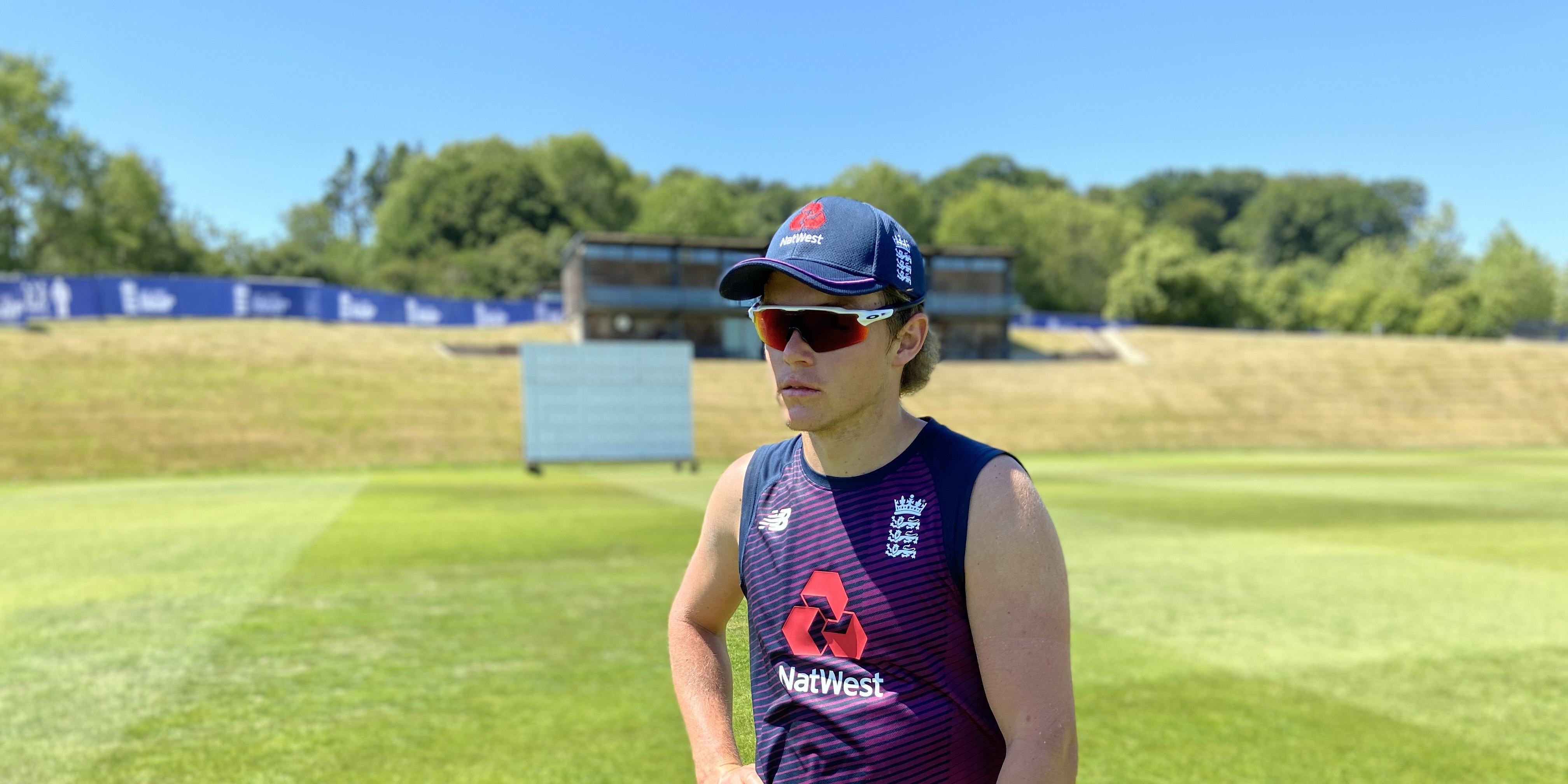 England all-rounder Sam Curran is awaiting the results of a Covid-19 test after being placed in self-isolation at the Ageas Bowl, casting a shadow over the second day of the intra-squad clash.

Curran batted on the first evening in Southampton, making 15 not out from 25 balls, but experienced sickness and diarrhoea during the night.

In line with strict medical protocols he has remained in his room at the on-site hotel and played no part in Thursday’s play.

Ordinarily the left-armer would have been expected to feature with the ball but his conspicuous absence from the field was explained midway through the final session.

“Sam Curran has had sickness and diarrhoea overnight. He is feeling better this afternoon, and has been self-isolating in his room at the Ageas Bowl,” read a statement from the England and Wales Cricket Board.

“He will play no further part in the practice match. He has been monitored by the team doctor throughout and was tested for Covid-19 earlier today.”

A 30-strong training group has been living, training and sleeping at Hampshire’s ground since linking up on June 23, dropping to 29 when father-to-be Joe Root departed earlier this week.

All players and backroom have been receiving twice-weekly Covid-19 tests ahead of the first #raisethebat Test against the West Indies, starting on Wednesday, with regular screening for venue workers.

The ECB’s first set of reported results yielded an all-clear of 702 negative tests. An exhaustive set of precautions are being taken at both the Ageas Bowl and Emirates Old Trafford to establish fully ‘bio-secure’ environments, but there will be an understandable feeling of concern until Curran’s most latest result comes back.

On the pitch, the battle for bowling places intensified as Jos Buttler’s team, who declared on their day one score of 287 for five, left Ben Stokes’ side 233 all out just before stumps.

Buttler’s hand was strengthened by Jofra Archer and Mark Wood’s first ever appearance together in red ball cricket and the pair offered a promising glimpse of what they might be capable of in tandem.

Injury has kept the country’s quickest bowlers apart since both played key roles in England’s World Cup victory last year, but midway through the morning session they teamed up for a promising eight-over spell that cost just seven runs and yielded the wicket of opener Dom Sibley for 12.

Archer banked the scalp, caught behind flicking the ball down leg-side, but the pair hunted together to unsettle Sibley with pacey short-pitched bowling. Wood might just as easily have been the one celebrating moments earlier, forcing Sibley to fend awkwardly to Ollie Pope, who squandered the chance at short-leg.

Wood returned in the afternoon session to take Jonny Bairstow’s outside edge with the first ball of his second spell and finished with spotless figures of one for 14 from 11 overs, while Archer returned two for 37 after adding Ben Foakes for 38. He received treatment for sore feet late on, understood to be a result of wearing new bowling boots, and was replaced by Amar Virdi. He was the 29th player involved in the match and finished the innings by dismissing Saqib Mahmood at the death.

Sussex seamer Ollie Robinson also offered a reminder of his skills, bowling with precision as he accounted for Moeen Ali and Lewis Gregory in a double-wicket maiden.

Stuart Broad could find himself vulnerable to the growing competition, with the fetching white bandana he wore over his lockdown hair more eye-catching than his figures of nought for 42.

Moeen’s dismissal, lbw for five, followed a peripheral role with the ball on Wednesday and his hopes of a first Test appearance in a year appear to be receding. Instead, Dom Bess is well placed to hold his place in the side.

He bowled more tightly than either Moeen or Jack Leach managed on Wednesday and took a nice wicket when he had Keaton Jennings caught at slip before lunch.

Zak Crawley top-scored with 43, a positive innings strewn with neat drives, before he nicked Chris Woakes – yet another able seamer vying for attention.

Stokes made his way to 41, and doled out Bess’ only real punishment when he launched him for six and four in the same over, before he was stumped charging Matt Parkinson.