England: Saqib Mahmood eager to push for victory on debut 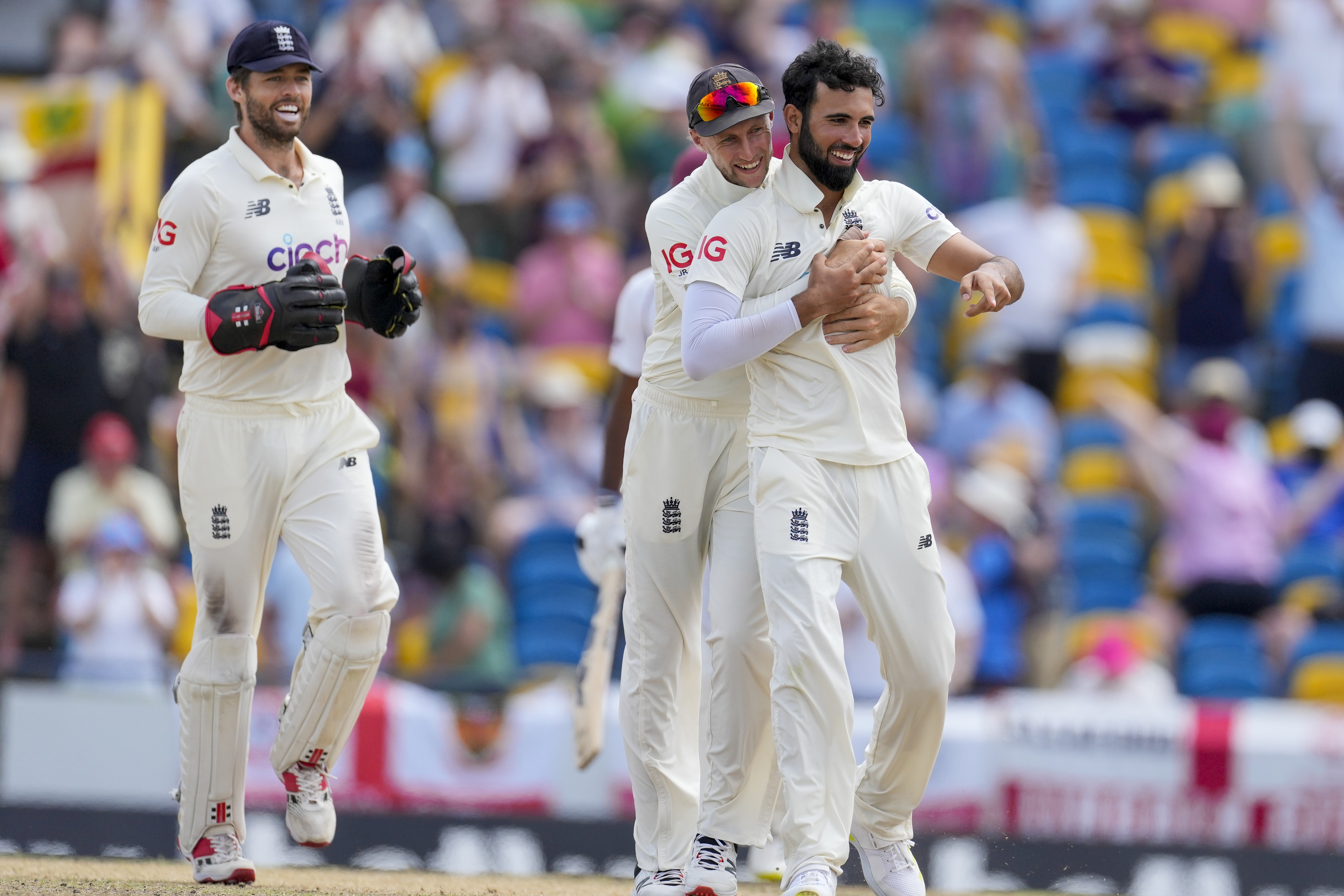 Saqib Mahmood is desperate to make his England debut a winning one, banishing the aches and pains of a long stint in the field with an unlikely fifth day victory in Barbados.

Just 19 wickets have fallen in the first four days on another regrettably one-paced pitch at the Kensington Oval, with West Indies captain Kraigg Brathwaite batting for more than 11-and-a-half hours for 160 to leave time in short supply.

Brathwaite’s remarkable display of concentration frustrated a new-look English attack and put plenty of hard yards in their legs as they took 187.5 overs to bowl the hosts out.

England will begin the final day with a lead of 136 and 10 wickets in hand, with a sprint towards declaration likely to follow before the bowlers are invited to go to the well once again.

And Mahmood, who took two for 58 in 27 overs in his first Test outing, is ready for the challenge ahead.

“I’ve got my head around putting the bowling boots back on and trying to take another 10 wickets. It would be amazing to do it,” he said.

“If we can do that we’ll have forgotten about all that hard graft in the first innings because it would mean a hell of a lot for all of us, and for me personally.

“Some of the boys out there said it was one of their harder games. It was like diving in the deep end for me. But this is the kind of day you play for, when there’s nothing going on and it’s hard work for bowlers.

“You want to be the guy the captain throws the ball to. On green seamers every seamer feels in the game but on ones like this I really want to be a guy who can stand up and break a partnership.

“Can you run through a team…on that wicket? No, but pressure can do funny things to people. If we put ball in right area, there were a few that misbehaved out there. It’s just a case of having that more often.”

One very obvious roadblock stands in England’s way, of course. To get past the West Indies, they first need to get past their single-minded skipper.

As opener, Brathwaite will be back at the crease before he knows it, following up the longest Test innings anywhere since December 2018.

“I look forward to batting again,” he said.

“Time spent out there is for the team. Obviously mine was a long knock over 600 minutes, but tomorrow is another big day and we have to work extremely hard again.

“It’s still a decent pitch so I’m looking forward to my next knock.”

Mahmood will be particularly motivated to make sure England get over the line, having lingered over his regrets at bowling Jermaine Blackwood on day three with a no-ball.

As well as prolonging Mahmood’s own wait for a Test wicket, the Jamaican also went on to make an important century.

“I felt like criminal number one, the biggest criminal out here (after over-stepping),” Mahmood said.

“Every run he scored made me feel horrible. When I got that one today I had a little check to make sure there were no dramas or anything. I was relieved more than anything.”