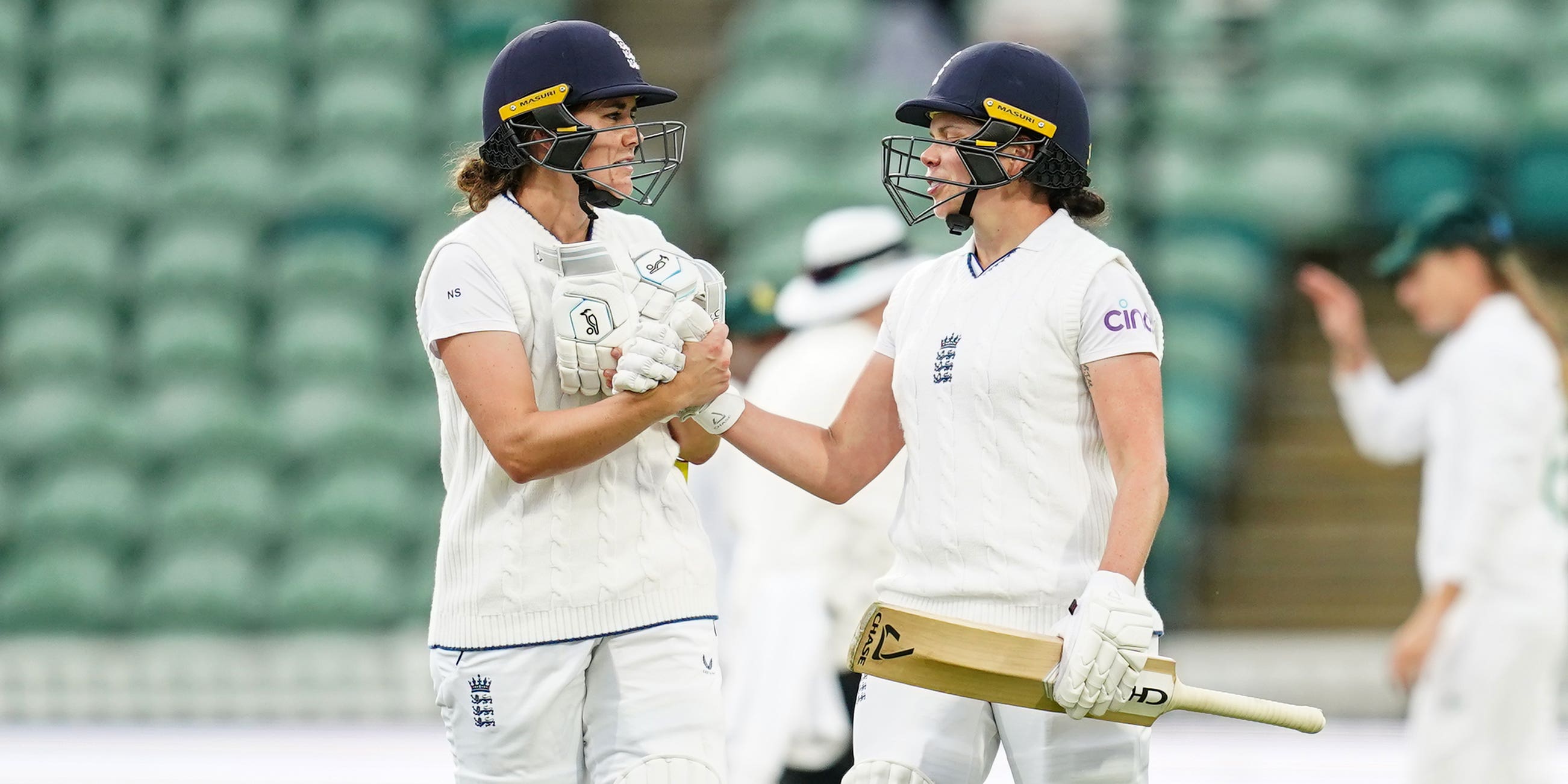 Alice Davidson-Richards and Nat Sciver hit maiden Test centuries as England sailed into a 44-run lead at the end of day two of the only Test match of England Women’s summer at Taunton.

Sciver played a well-crafted innings and finished the day with an unbeaten 119 from 207 deliveries to lead her side past South Africa’s first-innings total of 284.

Davidson-Richards brought up a century of her own on Test debut, before being caught at point on the final ball of the day to leave England 328 for six.

Here, the PA news agency takes a look at some of the talking points from day two in Somerset.

Before going on to make her maiden Test century, when Sciver and England captain Heather Knight were both on eight runs apiece, the all-rounder ran out her skipper. Knight was left stranded and was unable to get back in the crease despite a dive after a mix-up with Sciver in the first ball after lunch.

Emma Lamb had got the England debutants off to a good start with a comfortable-looking 38 runs at the start of the day, but her batting performance was overshadowed by her team-mate. Davidson-Richards had to toil at the start of the day and struggled to get runs on the board before finding her groove to hit 107 from 194.

What next for England?

England will be hoping to put some quick runs on the board tomorrow and put the game beyond South Africa with rain looming on the weather forecast in the final two days of the match.