Home Countries England Silverwood: Anderson to decide when to retire from England

Silverwood: Anderson to decide when to retire from England 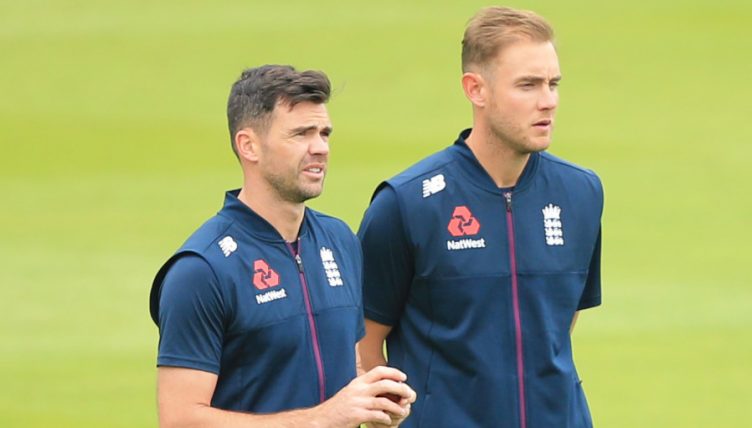 Anderson missed the majority of the Ashes because of a calf injury, which will preclude the 37-year-old’s involvement for the trip to New Zealand next month in Silverwood’s first assignment since being promoted.

But in a bid to prove his fitness for the following tour of South Africa, Anderson is training at Manchester City’s Etihad Campus over the next two months alongside England’s strength and conditioning team.

With 575 Test wickets to his name, a record for a non-spinner, Anderson is not about to be summarily discarded and neither is his long-term opening bowling partner Stuart Broad, who dispelled any doubts about his England future by taking 23 Ashes scalps at an average of 26.65 this summer.

READ: Did you see… the outlandish plans from new England coach Chris Silverwood?

While succession planning is high on Silverwood’s agenda, the former Essex coach admitted the veteran pair – who he worked with at close quarters in his two-year stint overseeing England’s fast bowlers – are almost automatic selections provided they are both injury-free.

Silverwood said: “If they’re both fit, it’s difficult to look past them, isn’t it? It’s a great headache to have. When you look at the amount of wickets they’ve got between them it’s phenomenal.

“Jimmy’s great. He takes wickets, he’s got a lot of knowledge in there that he can share with the players coming in.

“I think it will be up to him to let us know, and I think he will, when he’s had enough, but who wouldn’t want a world-class bowler like him in the line-up? He is phenomenal. He gets wickets all round the world.

“So yes I want him around as long as I can, but equally we’ve got to be realistic and say ‘right we’ve got to do some future planning here’.

“We’ve got to sit down and make sure we’ve got depth so when guys do retire we’ve got people coming through who can take their places.”