Home Countries England Silverwood: Morgan stepping down as England captain would have been ‘tragic’

Silverwood: Morgan stepping down as England captain would have been ‘tragic’ 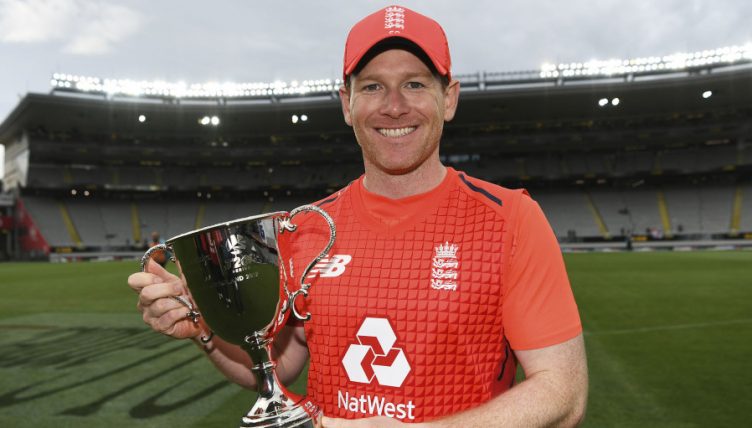 England head coach Chris Silverwood thinks it would have been “tragic” if Eoin Morgan had decided to stand down as limited-overs captain after overseeing their historic World Cup triumph.

A back injury led to Morgan contemplating his future last summer but he has since set his sights on leading England into both the T20 World Cup in Australia in a few months’ time and the one which starts in October next year.

For the second time this winter, Morgan bludgeoned a 21-ball fifty – the quickest in T20s by an England batsman – to propel his side to a 2-1 series victory over South Africa at Centurion on Sunday.

After quickfire half-centuries from Jos Buttler and Jonny Bairstow had given England a platform in their pursuit of a mammoth 223, Morgan bashed seven sixes in his 57 not out from 22 balls as the tourists won by five wickets.

And Silverwood admitted he was relieved that the left-hander decided to remain in his post, saying: “I’m obviously very glad. He’s got so much experience in there and he’s a fine player. To lose him would have been tragic, really.

“He’s got the bit between his teeth as we’ve seen, he’s got the ability to stay cool under pressure, to methodically break the scoreboard down, take risks when it’s applicable and guide us home as he has done.

Buttler cast off speculation about where he should bat in the order with a swashbuckling 57 from 29 balls to set the tone to England’s pursuit of South Africa’s 222 for six at Supersport Park.

Bairstow contributed 64 from 34 balls in a chase where the tourists never let the run-rate get out of hand before Morgan closed the show in a hail of maximums, as England recorded their second-highest successful chase in T20s.

Asked to put the series win into context with the T20 World Cup looming on the horizon, Silverwood replied: “Obviously it leaves us in a good place.

“We’ve played some really good cricket, both sides have, and the competition as a whole has been highly pressurised. Both teams have pushed each other hard so I think both teams will go away better for the experience.

“For us to get over the line in the way we have, we’ll draw a lot of confidence from that.

“It’s just a continual building process leading up to that World Cup but what we’re achieving; we’re seeing we’re getting better all the time, every game we play the guys are pulling together and getting better at what they do.

“It’s left us in a confident space.”