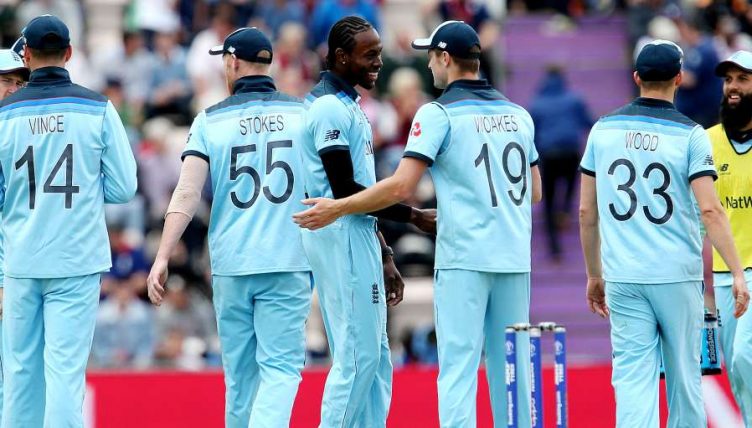 The news that Sky will show the World Cup final to us all for free if England make it through has been welcomed. The chance to actually see some of the cricket is a chance many will take. But, well, Sky’s choice to do this is very odd, isn’t it?

Firstly, why only show it for free if England are playing? What does that say about their attitude to the other teams? That they’re worth paying to see? Or do they think no-one would want to watch them? Puzzling.

They say: “Sky will ensure as wide an audience as possible is able to watch the game should England qualify.” Well, thanks for that, but why is this principle thought unimportant the rest of the time?

They say: “Our aim has always been to celebrate what could be a ‘once in a generation’ moment of a home team in a big final on home soil” which are fine words indeed, but I wonder why this was announced so far into the tournament if they were feeling so altruistic?

This does not sound as though it was planned before a ball was bowled. If it had been, surely they’d have shouted about it. That the decision appears to have been made during a tournament where the paywall concept itself as been so vigorously challenged by so many people in the media, is surely not a coincidence.

It is tantamount to admitting the critics are right that limiting your audience behind a subscription service prevents engagement with the sport. If Sky believe in what they’re doing, they should not be making the final freely available. They should stick to their principles. They are not a public broadcaster with the public’s interests at heart and I vaguely resent the fact that for one day only they seek to wear that egalitarian cloak.

BT Sport do likewise with their commitment to UEFA that they will make the Champions League final available for free. Just as with Sky, it was an admittance of their own failure to attract an audience. A confirmation that they’re aware a far, far bigger audience than the one they can entice to pay wants to see the game, but absolutely will not pay to do so no matter how great the broadcasting is and both Sky and BT Sport do produce terrific programmes.

Indeed, when it comes to both football and cricket, it is impossible to imagine a better product. The programmes are fantastic. It would be one thing if the public wouldn’t pay for some ropey old service, but the public is not paying for the finest broadcasting of football and cricket there has perhaps ever been. And that must be the most dispiriting thing of all for those involved.

There they are, knocking out interesting, intelligent, entertaining and beautiful-looking work and it is still not deemed worthy of the public’s coin. I sometimes wonder if those involved in producing these programmes wonder what on earth they’re doing putting in so much effort, only for a few hundred thousand people to see it. It must be dispiriting. And then, to add insult to injury, as soon as it’s available free-to-air the audience goes up six-fold, showing you just how many people really do want to see what you’re doing.

There is a growing restlessness and intolerance of this model with many feeling that this is an extremely negative situation and Sky’s decision over the World Cup final really only shines a light on it.

With ‘traditional’ free-to-air TV getting such huge audiences for sport and really stimulating people to get involved, both in terms of participation and attendance, and paywall TV getting such small numbers at a time when the population really needs to adopt a more active lifestyle, many in sport and broadcasting and government are wondering if there is really any future in any sort of paywall.

Of course, the problem for cricket and indeed all sports whose broadcast rights have been bought by the likes of Sky and BT Sport, is where does the investment the game needs come from, if not from these media companies?

There are solutions, of course. Very easily delivered solutions too. Solutions which would benefit the whole nation and ones which would ultimately be revenue neutral or better for the country. But it will take holistic thinking by politicians and the public to make that happen. However, this decision by Sky takes us one step closer to such radical change. It can’t come too soon.