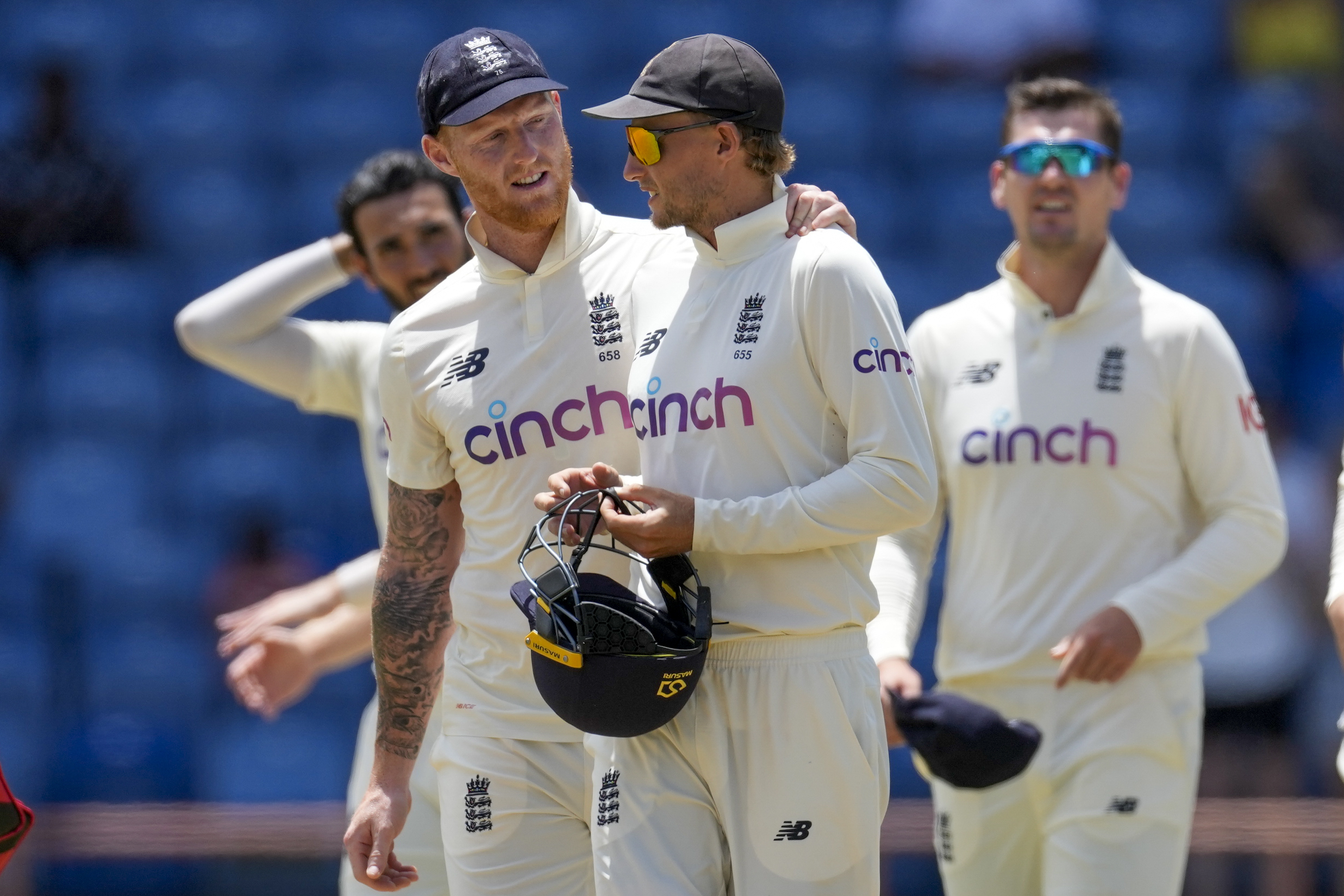 England’s ailing Test team chalked up another dark day as they ended their winless winter with defeat in the West Indies.

The result was a foregone conclusion when the teams emerged on the fourth morning in Grenada, with the hosts putting their forlorn opponents out of their misery by sailing over the line by 10 wickets.

Set a paltry 28 to take the third Test and a 1-0 series win, they needed just 29 balls to continue their proud home record in this fixture.

Only once since 1968 has an England team left these islands triumphant, but the wider problems are more stark and more immediate than that.

The scrutiny over Joe Root’s captaincy will now intensify after his hopes of launching a so-called ‘red-ball reset’ in the Caribbean came crashing down amid familiar failings.

The bare facts are inescapable: one Test victory in 17 attempts and five series without success for the first time in their history.

There is a power vacuum at the top of the England and Wales Cricket Board, with no permanent chair, director of cricket or head coach, and it now seems more likely than ever that Root’s position could be the next to become vacant.

This decisive third Test had started with everything on the line and England relatively confident after getting the better of two flat track draws in Antigua and Barbados.

But at the key moments they reverted to type, with the top order blown away twice on a sporty but hardly unplayable surface.

Things came crashing down on day three, when tepid bowling gave way to dreadful batting and left the tourists with the slenderest 10-run lead and just two wickets in hand.

There was a modicum of resolve on show, just enough to make the specialist batters wonder how and why they had proved so easy to dislodge, with the lead nudged up to 27 in 54 minutes.

Both sides were essentially going through the motions for most of that time, so it was fitting to see Kemar Roach wrap up the England innings.

The 33-year-old quick has never made any secret of his passion for this fixture and showed what it meant to him as he celebrated the wickets of Chris Woakes and Jack Leach.

Woakes was the victim of a superb one-handed grab by Jason Holder at leg gully, with Leach caught behind by player-of-the-match Josh Da Silva.

Kraigg Brathwaite and John Campbell sprinted off the field, eager to get the party started, and helped themselves to four boundaries as they romped over the line to the delight of the home fans.

Woakes had shared the new ball with Saqib Mahmood but, not for the first time on a trip which has made fans pine for the class of James Anderson and Stuart Broad, there was no joy to be had.