Home Countries England Stuart Broad: I thrive off pressure so empty stadiums will be a challenge

Stuart Broad: I thrive off pressure so empty stadiums will be a challenge 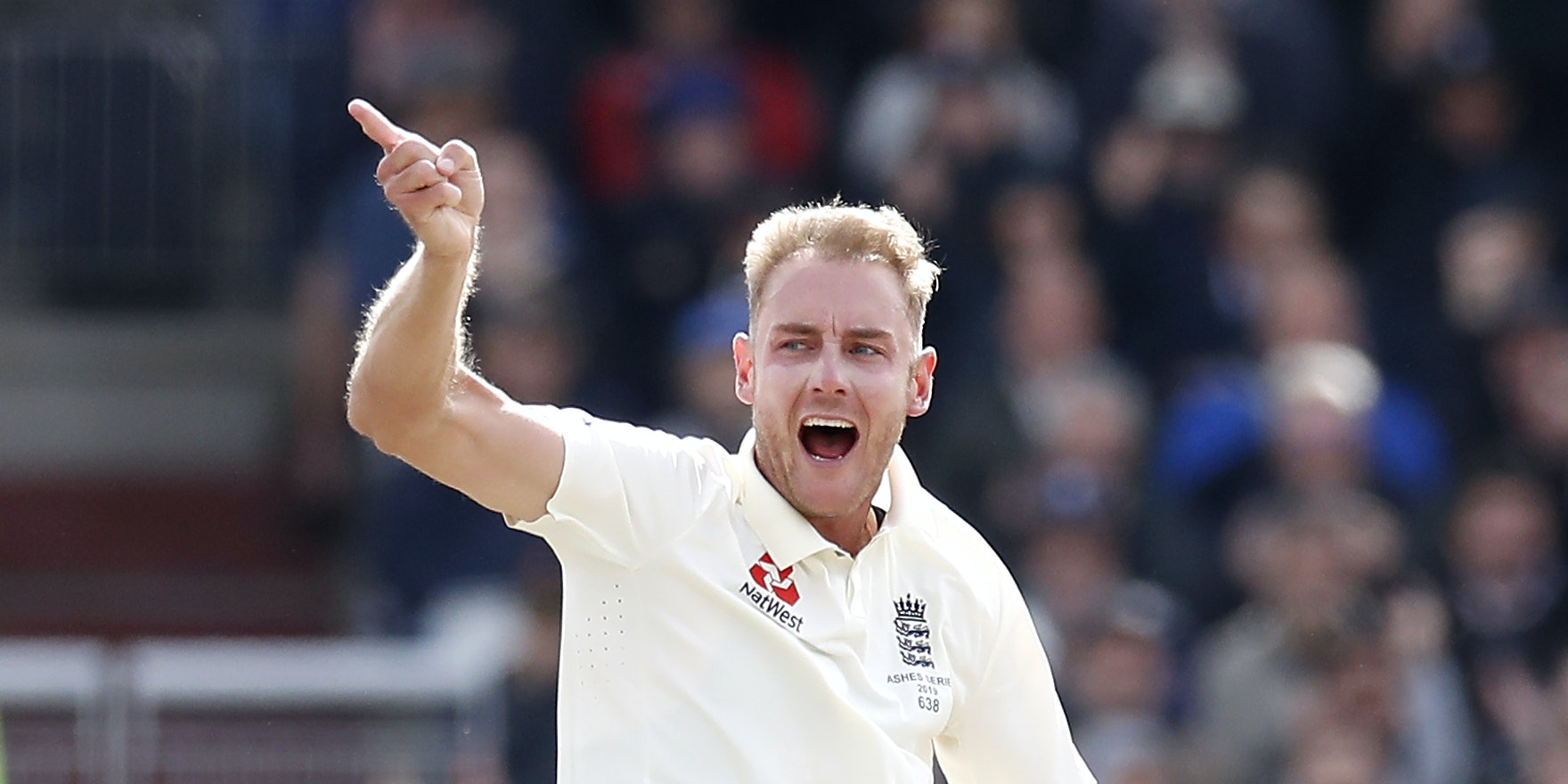 Stuart Broad has revealed he has consulted a sports psychologist to prepare himself for playing Test cricket in front of empty seats.

England will begin their rearranged three-match #RaiseTheBat series against the West Indies at the Ageas Bowl on July 8.

The coronavirus pandemic not only saw fixtures postponed but means, now they are preparing to return, matches will be played with no supporters inside the grounds.

And, as a player who relishes the heat of battle, Broad feels he needs to be mentally ready to be bowling at the West Indian batting line-up with no crowd behind him.

“The games will feel a bit different with no crowds but I think cricket is in a slightly different position to sports like football and rugby,” he said.

“Our domestic game in red ball cricket, a lot of the time we play in front of smaller crowds, so we are not relying on the atmosphere or the crowds to drive us forward.

“International cricket certainly will be more of a mental test to make sure each player is right up for the battle.

“I’m very aware of that, I’ve already spoken to our sport psychologist about creating a mindset around making sure I can get my emotions up to where they need to be for me to perform at my best.

“I have got to make sure my emotions are where they need to be for an international Test match and that is something I started working on in early June.”

Broad wants to make sure he is the right frame of mind so he can hit the ground running in Southampton next month.

“It is almost like creating a bubble around yourself as an individual and finding what little things give you that competitive edge,” he said.

“It is going to be a different challenge for everybody, there will be times when the mind might drift further than it would in a normal Test match but that is where we have got to be so strong as individuals to not let that happen.

“Mentally, if you switch off at all at this level it gets you and we have got to adjust to the conditions we are living in to perform at our best.

“This is why I did a bit of research going back to June, it is a worry for me. I know that I perform at my best as a player under pressure, when the game is at its most exciting, when the game needs changing.

“I think that applies to me out of everyone else to be honest, because I know I do thrive off the energy of something happening in the game, a bit of a excitement or a big battle going on.”

Nottingham Forest fan Broad has been keeping an eye on how football has approached playing in empty stadiums and also singled out wise words from his mother as he looks ahead to the opening Test in a reflective mood.

“I’ve watched a bit of the football and I’m not a big fan of the crowd noise – it is all I focus on really and is quite hard to shut off,” he added.

“But we have a group of 30 players here who have grown up playing county cricket.

“We are used to getting ourselves ready for a day’s play without a big crowd for a championship game so I don’t think it should affect our rhythm too much.

“My mum said something to me actually, before I left, she said, ‘Take yourself back to being a 12-year-old kid when all you wanted to do was play cricket anywhere you could’.

“Trying to have that mindset that this is just exciting to have the opportunity to play and have some fun, it actually gives you a bit of energy when you think like that.”