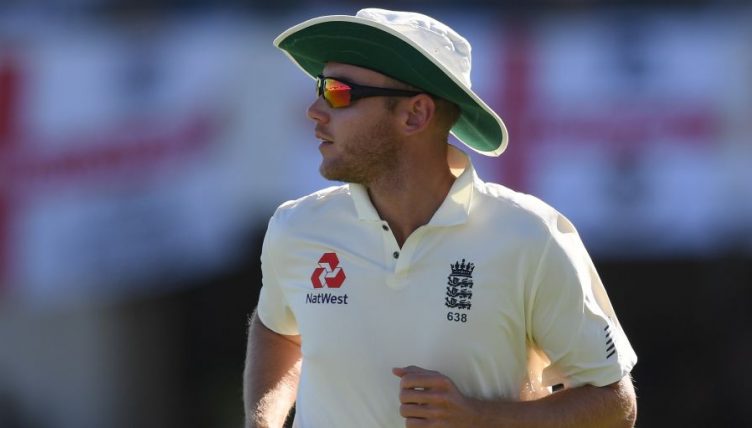 Stuart Broad thinks he is bowling better than ever despite being left out of the England team for their first Test against the West Indies.

England‘s batsman were largely responsible, bowled out for 77 in the first-innings before allowing a second-tier spinner in Roston Chase to claim A-lister’s figures of eight for 60 in the second.  All the while their own attack looked ill-judged, with Adil Rashid and Sam Curran failing to justify their selections.

Moeen Ali, James Anderson and Ben Stokes joined Rashid and Curran in the England side as they opted for two spinners.

“Naturally I was very disappointed to be sat on the sidelines this week as you would expect any player to be when not selected for a Test match,” Broad wrote in his Daily Mail column.

“From a personal point of view I would have loved to have a bowl on this Kensington Oval pitch – it looks like it’s suited to the taller, faster bowlers.

“Another source of frustration is that I’m bowling the best I’ve ever bowled. I believe that 100 per cent. Everyone in this England group knows it too.

“There is no point in sulking around the place, because you need to prepare for your next opportunity.

“Selection didn’t go my way in this particular Test match but let’s not forget it didn’t go the way of the other bowlers Chris Woakes, Jack Leach and Mark Wood either.

“Particularly on tour you have a responsibility to drag nothing away from the group that have a job to do on the field. I felt I kept my disappointment in my own mind and intend to use it as a motivator to get myself ready for the next opportunity.”