Home Countries England Stuart Broad: It would be pathetic to hold grudge over West Indies omission

Stuart Broad: It would be pathetic to hold grudge over West Indies omission 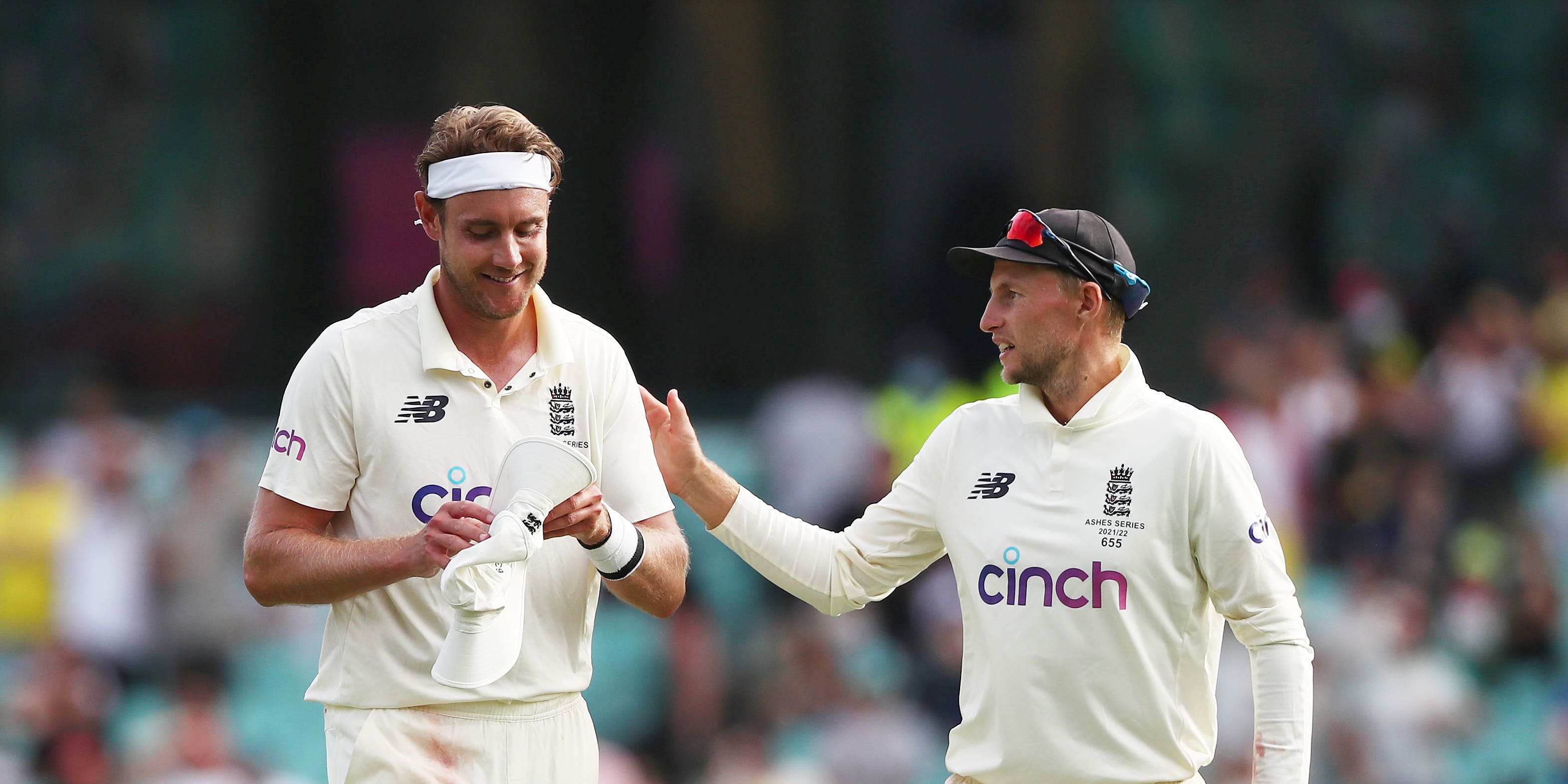 Stuart Broad was happy to renew his old pals’ act with Joe Root at Lord’s last week, claiming it would have been “pathetic” to hold a grudge after being axed for England’s tour of the West Indies.

The five-wicket victory over New Zealand marked the 100th occasion the pair have played Test cricket together over nine years, with both men playing significant parts in the win.

Root was named player of the match for an outstanding unbeaten century in the fourth innings, completing a chase that may not have been possible without Broad’s game-changing new-ball spell on day three.

Yet, just three months ago an England side captained by Root had landed in Antigua with Broad and his long-term bowling partner James Anderson, the country’s two most prolific wicket-takers, nowhere to be seen.

The pair had been dropped in the aftermath of Australia’s 4-0 Ashes win, a move seemingly initiated by interim managing director Sir Andrew Strauss but with the blessing of Root as captain.

That gamble backfired, with Root stepping down after a 1-0 series defeat to pave the way for Ben Stokes’ promotion. Stokes made recalling the veteran seamers a top priority and Broad insisted there was no hard feelings with the former skipper.

“Not at all, Joe and I are great friends,” he said.

“I’ve always been someone who can distinguish between business and pleasure. I can’t fall out with someone because they don’t pick me in a team, that would be a bit pathetic.

“Joe and I spoke at length when he stood down as captain and I said to him how much he had meant to me as a captain, and what a privilege it was playing under him,” he said.

“I told him I hope he really enjoys the next few years, all that pressure has gone now, he’s already a legend of the game, so he can just go out there and enjoy it. Joe has proven his class already but he just keeps doing it.”

The old friendship had already been rekindled away from the cricket pitch, with Root the disappointed party when they sat together to watch their respective football teams in the Championship play-off semi-final.

“I spent a great night with Joe at Nottingham Forest when we beat Sheffield United,” Broad said.

“Afterwards we were drinking red wine with Steve Cooper (Forest manager) in his office until the early hours, so I had to apologise to Carrie (Root’s wife) that he came home a bit late.”

Both men are back in Nottingham this week, with the second LV= Insurance Test taking place at Broad’s home ground of Trent Bridge from Friday and he is hoping to keep the sporting feelgood factor in the city alive.

And, having geed the Lord’s fans up before the vital spell that saw two wickets and a run out off his bowling in the space of three balls, he is happy to act as conductor-in-chief again.

“On the third morning at Lord’s, I ran in and felt the ground was a bit quiet so thought ‘let’s get this ground going’,” he said,

“I know that’s when I’m at my best and there was a real roar when I did it. Matthew Potts at mid-off said ‘keep it going, that’s amazing’.

“It just felt like something was happening and I need to take that into Trent Bridge, because if I get that Nottingham roar, with the party mode the Forest fans are in, it could have a huge benefit. You’ll see this summer, when I feel we need that extra lift and momentum, I’ll do it again.

“I get the sense the city will want to come and support the England team and see it continue.”