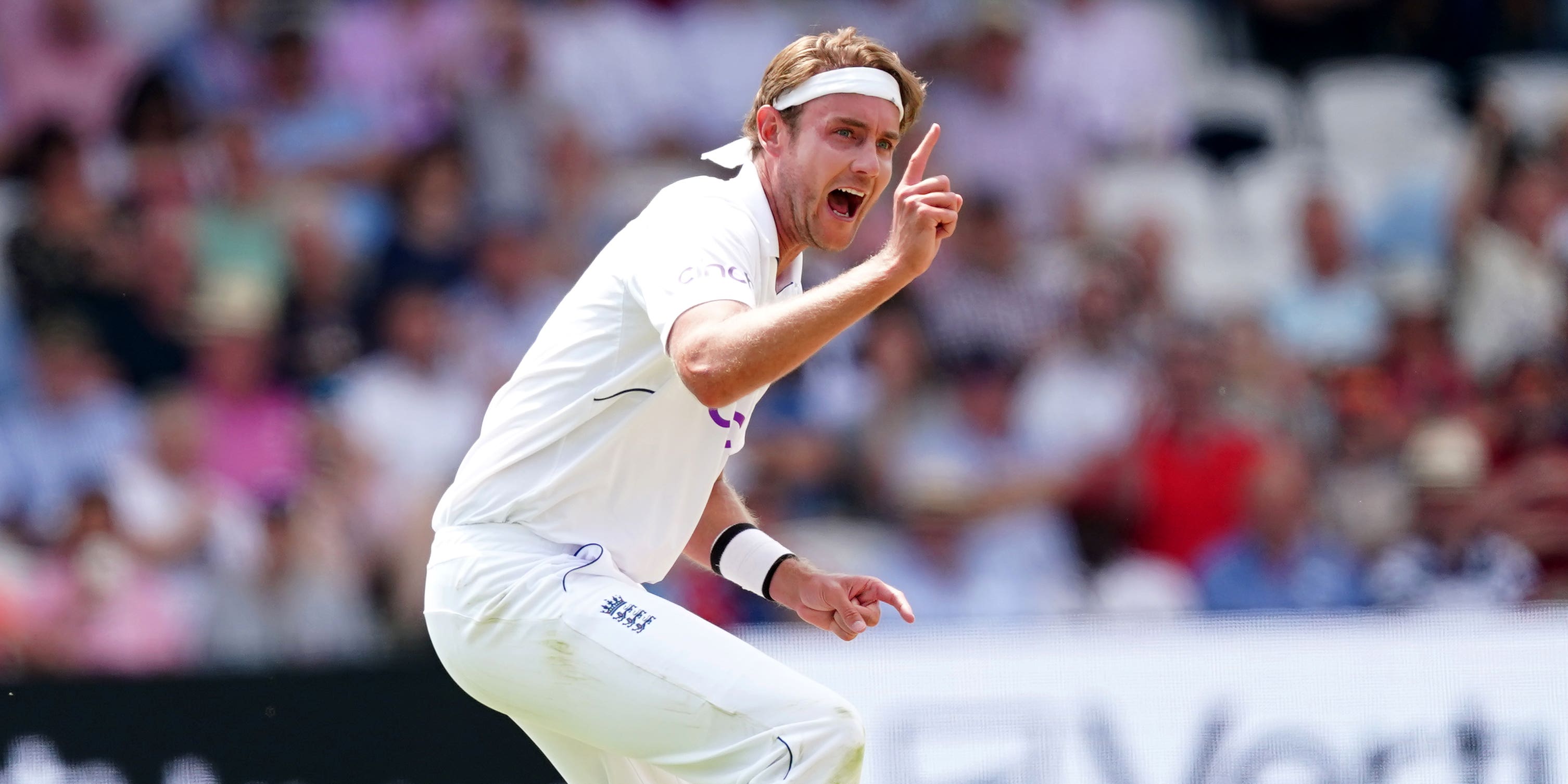 Stuart Broad set the tone for an impressive England bowling performance as they kicked off their quest for a series sweep over New Zealand, but an error of judgement proved costly on day one at Headingley.

Just four months after Yorkshire’s right to host international cricket was restored, with the removal of sanctions imposed at the height of the racism scandal, the venue saw a gripping start to the LV= Insurance Third Test as New Zealand were held to 225 for five.

Conditions looked set fair for batting, but Broad kept a week of celebrations going strong by striking before a run had been added and followed with the key scalp of Kane Williamson before lunch. A day after announcing that he and fiancee Mollie King are expecting their first child and a day before his 36th birthday, this was Broad taking care of business as usual as he led the attack in James Anderson’s absence.

A wicket apiece for Jack Leach and debutant Jamie Overton, the latter opening his international account by wrecking Devon Conway’s stumps, kept England ahead of the game before they spurned a golden chance to dismiss bogeyman Daryl Mitchell cheaply.

He had just eight when Matthew Potts rapped him in front of middle and leg with a full, swinging delivery, but neither umpire Marais Erasmus nor skipper Ben Stokes were convinced by his loud appeal.

Mitchell’s reprieve was confirmed when Stokes allowed the DRS counter to hit zero without signalling, and a player who is fresh off back-to-back centuries cashed in to reach 78 not out.

A huge stroke of luck allowed Leach to grab a second wicket in freak circumstances, Henry Nicholls caught via deflection after smashing a drive into the middle of Mitchell’s bat at the non-striker’s end, but the latter’s unbeaten stand of 102 with Tom Blundell – their third three-figure effort together in as many games – left things even at stumps.

With clear blue skies overhead and a dry, grass-free pitch underfoot, the Headingley wisdom of ‘look up, not down’ was rendered moot: both views were telling the same story.

Williamson duly took the easy decision to bat first but was soon on his way to the crease with his side nought for one. With Anderson injured, Broad’s habit of embracing the spotlight reared its head as the final ball of his first over caught Tom Latham in two minds as he nicked tentatively to slip.

A new-ball burst from Potts and a first look at Overton, who served an 88mph bouncer first up, were both negotiated safely, but an early look at Leach’s left-arm spin did the trick.

His first ball drifted and straightened up, trapping Will Young lbw crouching in defence. A promising first session turned into a great one for England when Broad was coaxed back for a second spell before lunch and removed Williamson for 31 with a subtly disguised leg-cutter that gripped and took the edge.

New Zealand had plenty of work to do at 65 for three, but the dangerous Conway (26) had only got started when he dragged the returning Overton into his stumps with a loose drive. The Surrey quick was clapped from the balcony by twin brother Craig, who he edged out of the final XI.

Potts was looking to elbow his way into the story but was unlucky to see a pair of lbw shouts waved away. The first, against Nicholls on four, was turned down on review as the slim possibility of inside edge could not be ruled out.

The second, considerably more damaging to the cause, clattered Mitchell at shin height as it tailed in sharply. Potts was rightly confident but, when Erasmus rejected him, Stokes could not be persuaded.

Had he made the signal, Mitchell would have been on his way at 97 for five. England were briefly buoyed by Nicholls’ slice of misfortune just before tea, a cleanly struck drive ballooning off his partner’s bat and carrying perfectly to Alex Lees at mid-off, but Mitchell derailed them.

He played with the same busy energy he has shown since touching down in England, sweeping and pulling well before the second of two spiralling sixes off the overworked Leach took him past 50.

Mitchell and Blundell (45no) have the two highest stands of the series so far – 236 at Trent Bridge and 195 at Lord’s – and dovetailed once again as England tired and Stokes stayed mysteriously out of the attack.

To add insult to injury England did review a Potts appeal for caught behind when Mitchell had 60, Stokes again on the wrong side of the call as replays showed no bat involved.