The gloves are off: Bairstow blow can help England 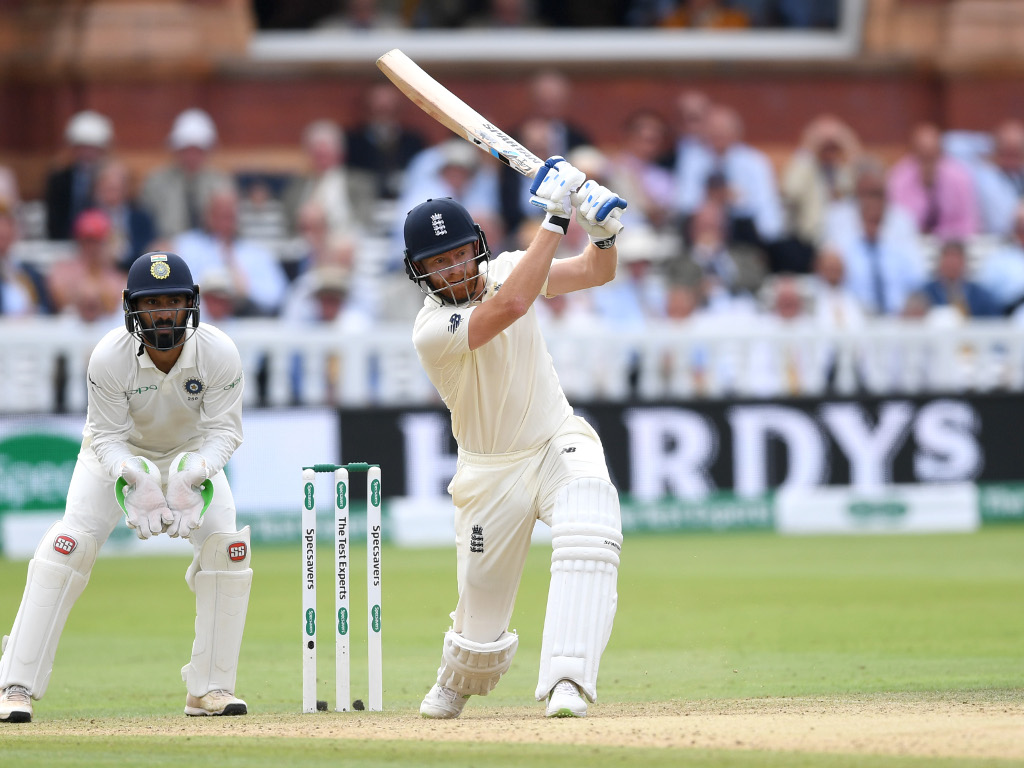 England, as you may have noticed, are not very good at batting in Test cricket. Remarkably, they’ve managed to get away with it to the extent they somehow still lead this series 2-1.

Given the ongoing batting struggles, the broken finger suffered by Jonny Bairstow could be reasonably termed a crisis.

But the Chinese have the same word for crisis and opportunity for a reason. This is a perfect crisitunity for England to do something to sort out the balance of their side, which is currently all out of whack.

The fundamental problem is that the all-rounders have been batting far better than the batsmen. In this series the five players who have filled the top four specialist batting spots have between them scored 398 runs at 19.9 apiece. And the trend is downward; the only half-century from those five was Joe Root’s 80 in the first innings of the series. Remember how absolutely imperious he looked back then before being run out? Seems a long time ago now. 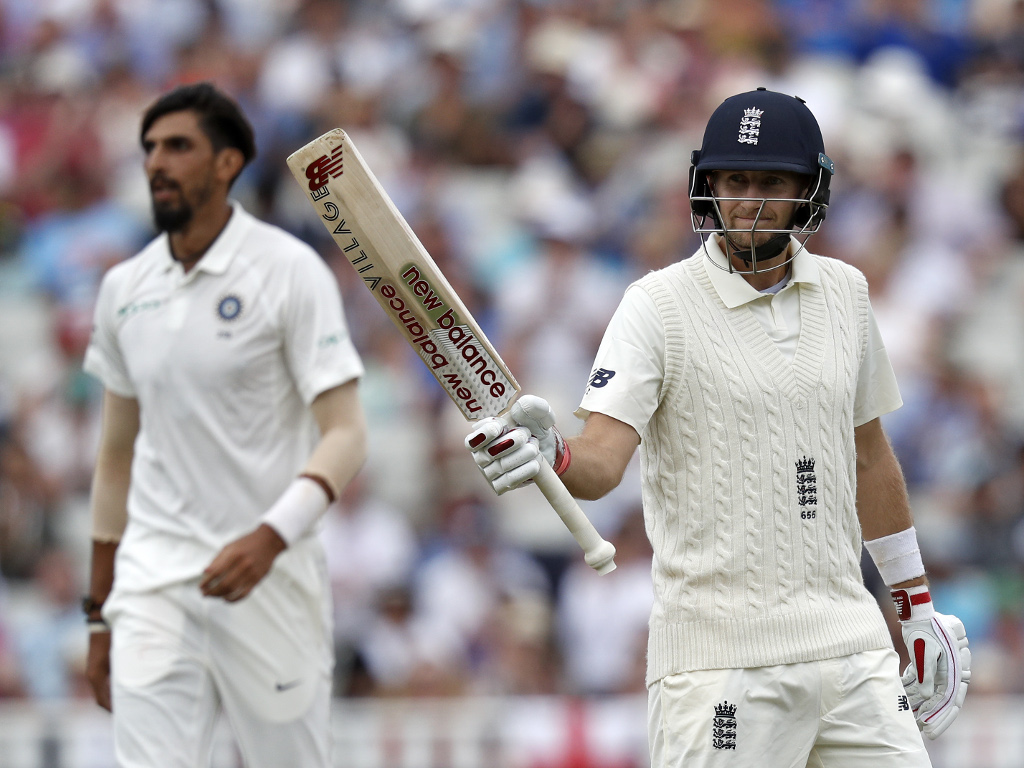 England’s assorted collection of all-rounders, wicket-keepers and spare wicket-keepers, meanwhile, have scored 818 runs at 37.18 with three half-centuries and two hundreds.

If it’s a cheat to include Jos Buttler in that second group, then it only serves to emphasise the problem. He’s a specialist batsman playing below a keeper and an all-rounder; it’s not a specialist’s position.

It has looked at times like an extravagant luxury in a team struggling so badly for runs, a fancy rug on a rotting floor. But Bairstow’s injury, unfortunate as it is, means this can be sorted. 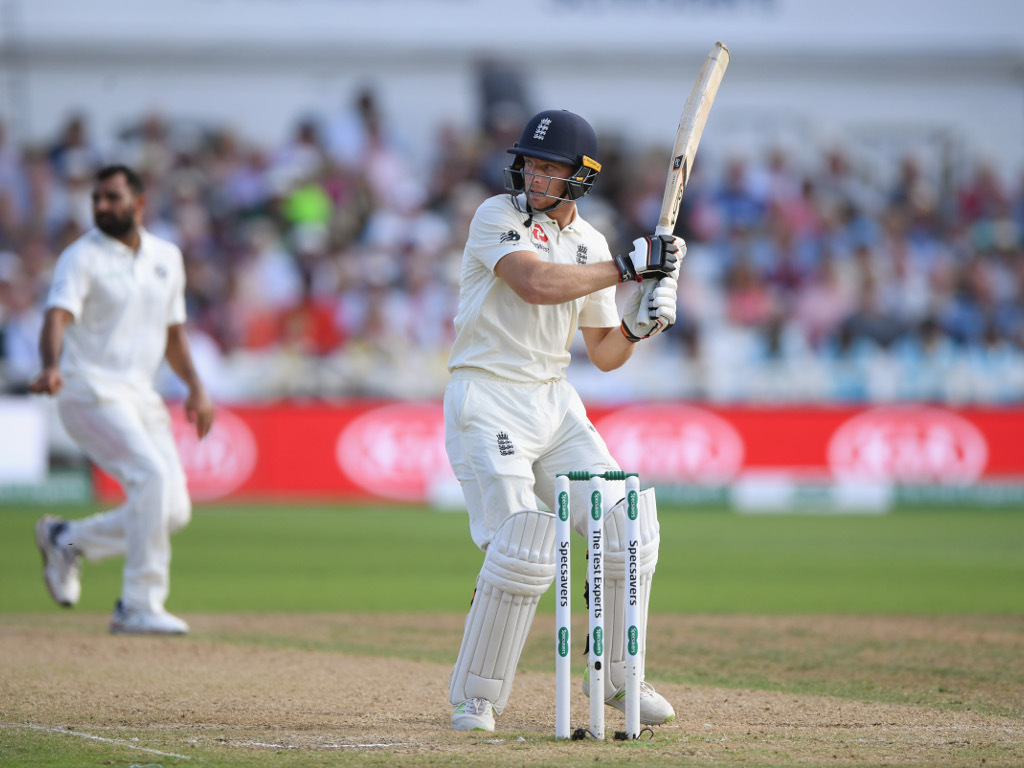 Buttler’s recall to the side has been thoroughly vindicated; he’s top-scored in four out of eight innings since returning at the start of the summer, and has shown the various ways he can influence things. At Headingley against Pakistan he showed the ability to catapult an innings forward and create a position of dominance. At Trent Bridge he showed the ability to play a ‘proper’ Test innings with his team in the deepest of strife.

Nevertheless, there is little doubt he has been shoehorned rather guilelessly into the side, wedged into a position that doesn’t really exist. Specialist number seven batsman is not a thing, which is a shame in a way because Buttler would be an absolutely tremendous one if it was.

But it isn’t. There was a feeling at the start of the summer that it would be wrong to take the gloves away from Bairstow and at the time it was probably right to follow that feeling. Tireless work over several years had improved his keeping enormously, to the extent where his glovework is now probably a smidge superior to Buttler’s. 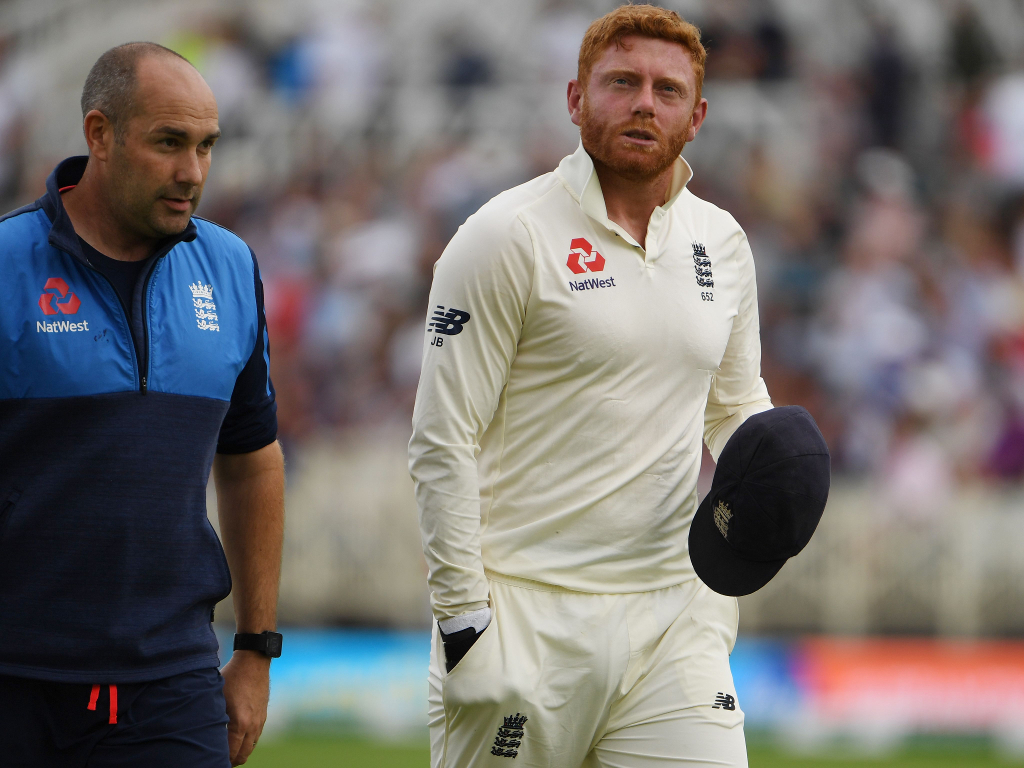 Allowing Bairstow to continue keeping was the right and fair decision for him. Increasingly, though, it looks like the wrong decision for the team.

It turns out the luxury was not having Buttler as a decadent specialist number seven, but in having their second-best batsman keep wicket once another genuine keeper was also in the side.

Inconveniently, Bairstow’s average is far superior when he plays as a keeper rather than a specialist batsman, dropping from 42.33 with the gloves to 28.96 without. But you might just as well say that Bairstow’s average was 29 when he was bad and 42 now he’s good. He last played as a specialist batsman in 2015 and is a very different player now. Kumar Sangakkara, for what it’s worth, averaged 40 in Tests where he kept wicket. 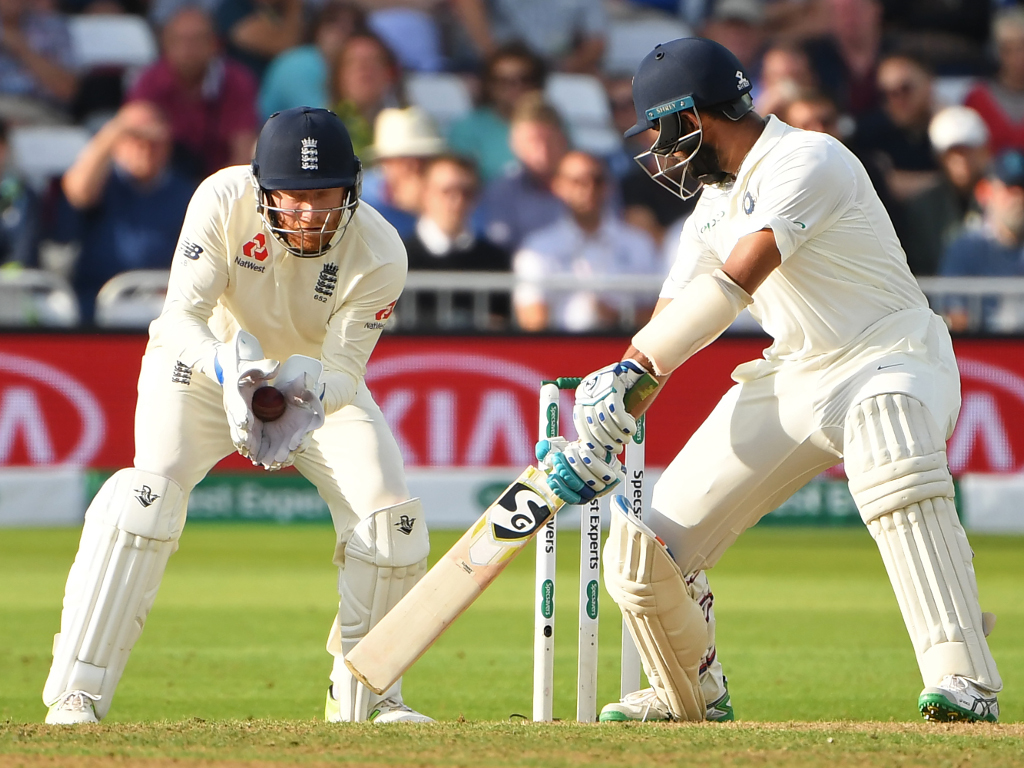 Bairstow’s stats as keeper are also more revealing with a bit more digging. Since a stunning 2016, when Bairstow plundered 1470 Test runs at almost 60 with three centuries, his average is just 33. He’s so much better than that. His five Test hundreds have all come as a wicket-keeper yet all have been scored in the first innings of the match, before he has kept wicket.

As wicket-keeper, Bairstow averages 59 in the first innings of matches, dropping all the way to 18.87 in the fourth after he has kept wicket twice. Simply put, England need his runs more than his wicket-keeping now Buttler is in the side. Looking at the numbers, it’s no wild exaggeration to think the 2018 version of Bairstow could add 10 or more to that 42 average if playing purely as a batsman.

Bairstow may be marginally the better keeper, but he is a vastly more important (Test) batsman than Buttler. He is also a far better fielder without the gloves than Buttler is. It’s relevant: Buttler has been used in the slips, but it’s a counter-intuitively difficult position for keepers. The technique, and the physical and mental requirements, are so different. While Buttler has taken some smart catches, he’s dropped several others. He moves like a keeper, understandably enough. His hands and feet don’t get where they need to be at second slip. 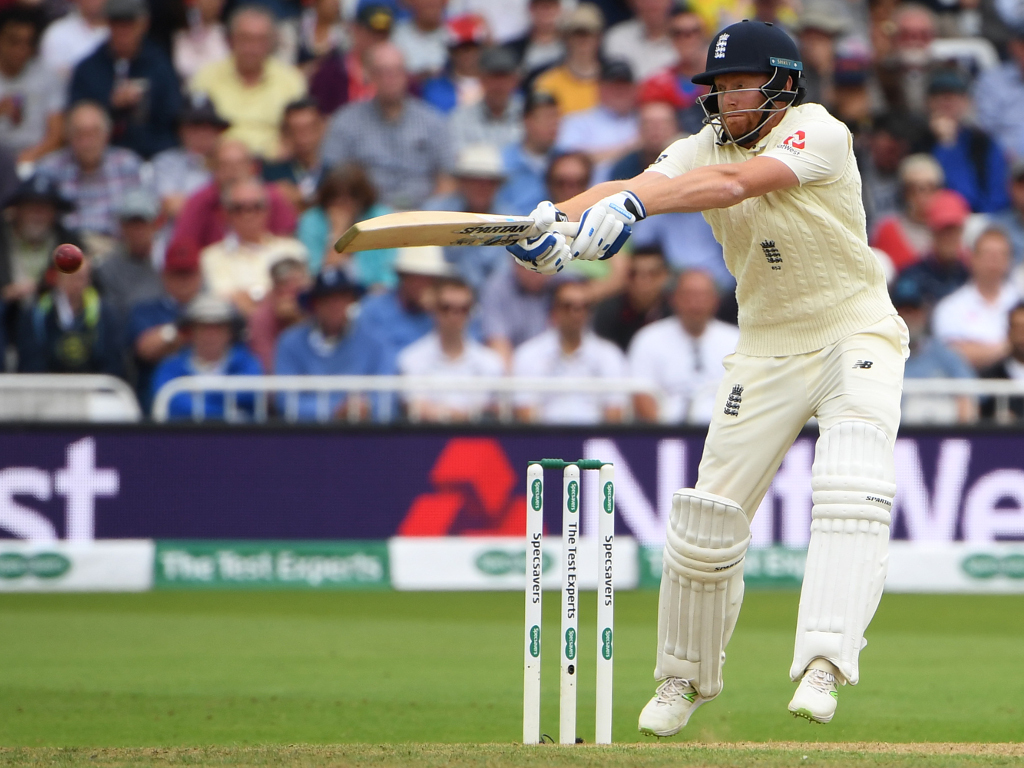 It may be harsh on Bairstow, essentially punishing him for the failings of others, but the team must come first. England are surely stronger in the long term with Buttler at seven in the gloves, and Bairstow in the field and free to concentrate on batting. England could even get Joe Root back into the malfunctioning slip cordon.

Short-term, England may need a replacement for Bairstow the batsman and here a decision must be made. Do England go with another young player, such as Joe Clarke, in a now even more dangerously inexperienced line-up or do they hand yet another chance to James Vince’s Cover Drive?

Or do they pick a man with almost 8000 Test runs, 22 centuries and an average of 51 in this year’s County Championship? It is time. Time for Eye Are Bell, the Sledgehammer of Eternal Justice, the gilded batsman in the birdcage, to make his glorious return to Test cricket. 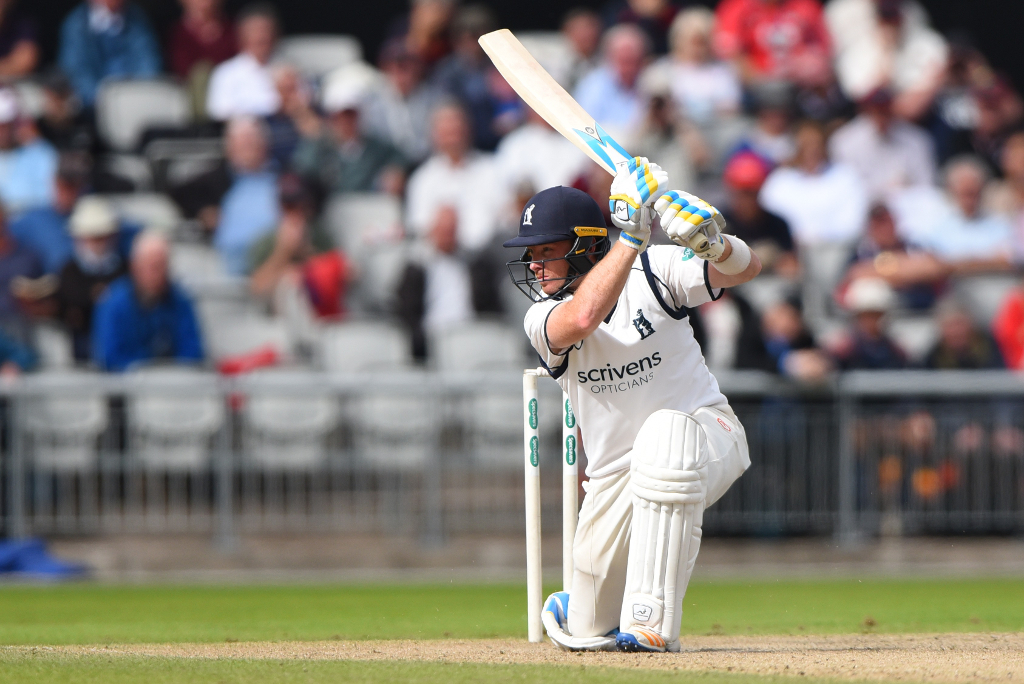 There are a million reasons why it’s not a good idea. Bell’s runs this season have come in Division Two (although he has also scored a stack of white-ball runs). His average in Division One over the last two years was bad. He is 36. He averaged 30 in his last two years of Test cricket, which does seem lots in the current climate but really isn’t.

Yet none of this means he’s not the correct option right now. He’s vastly experienced, he’s scoring runs. In the very short-term there is a very big and suddenly very alive series to be won. In the slightly longer short term there is an Ashes summer around the corner. He could bat three and allow Root to return to four where he has always felt more comfortable. He’s also right-handed, which helps. You could even go full banter and have him open. England have had zero success picking opening batsmen from the Championship so maybe it’s time to think outside the box. 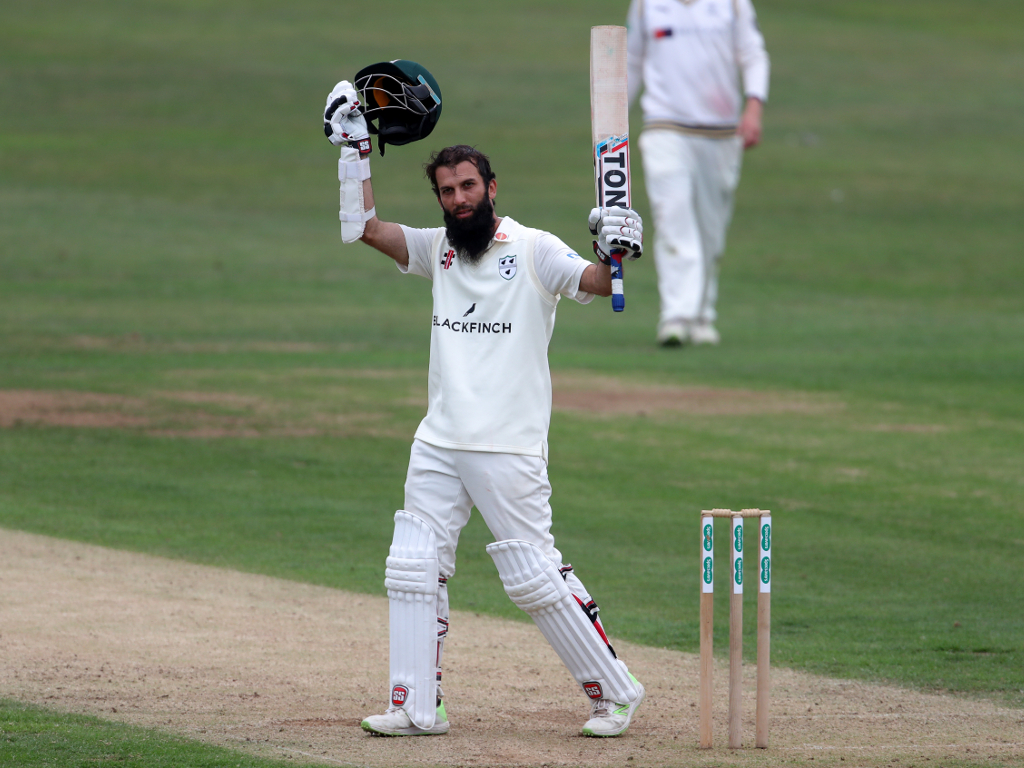 Moeen Ali has also given the selectors pause this week, having a lovely time at the seaside with a double hundred and six-wicket haul for Worcestershire at Scarborough.

He could replace Adil Rashid, who is having a deeply weird series all round. Or he could be picked as a batsman on the clear, proven logic that England’s all-rounders are better than their batsmen anyway. Doing that would allow England to get another one of those all-rounders, Sam Curran, back into an XI that suddenly has an almost comical number of bowling options without in any way reducing the amount of batting because there was never any batting anyway. And we’re back where we started.