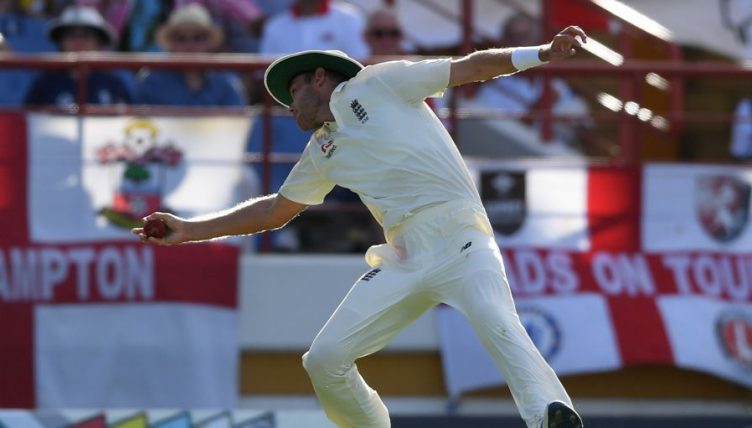 Stuart Broad took an awesome one-handed catch as England dominated the West Indies on day two of the third Test in St Lucia.

Mark Wood gave a blistering pace performance with a career-best five for 41 as the tourists took control of the third Test on day two.

England, who amassed a first innings score of 277, bowled the Windies out for 154 thanks to Wood bringing much-needed venom to their bowling attack.

At 148-8, Alzarri Joseph slogged a ball from Moeen Ali high in the air, when the backpedaling Broad managed to throw out a right hand and grab the ball.

It was Ali’s fourth victim of the innings, having taken the wickets of Kraigg Brathwaite and John Campbell off consecutive balls before Keemo Paul was stumped by Jonny Bairstow.

WICKET!
Broad follows that with a superb one-handed catch to dismiss Joseph and Windies are nine down: