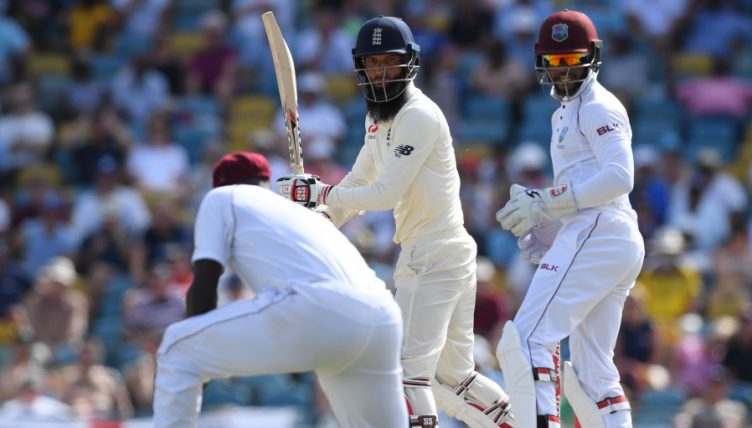 Yep. Roston Chase took 8/60. Everything else is a footnote.

Dave Tickner’s verdict here. Full report there. And all you need to know from days one, two and three.

The second best figures ever for West Indies in a Test against England.

The sixth best figures ever for West Indies against anyone.

England’s supposed batting depth utterly exposed. The last six wickets fell for 31 in 12 overs, all of them to a part-time off-spinner.

Rory Burns’ career-best 84 was his second Test half-century, and represents the one small bright spot for England from the last three days.

Moeen Ali bagged the first pair of his Test career with a shot every bit as sh*tbone awful as his first-innings dismissal. Possibly worse.

Shannon Gabriel only got one wicket for a thrilling post-lunch spell where he tore into Joe Root (gloved to slip but off a no-ball) and Jonny Bairstow (gloved to keeper, not a no-ball).

Shai Hope stood in behind the sticks for Shane Dowrich, who had a dodgy back after all that batting yesterday. Hope was immaculate, finishing the game with a smart legside stumping.

West Indies’ third-biggest victory ever by runs, and biggest since 1980.

England’s joint-seventh heaviest defeat by runs, second heaviest ever inflicted by Not Australia.