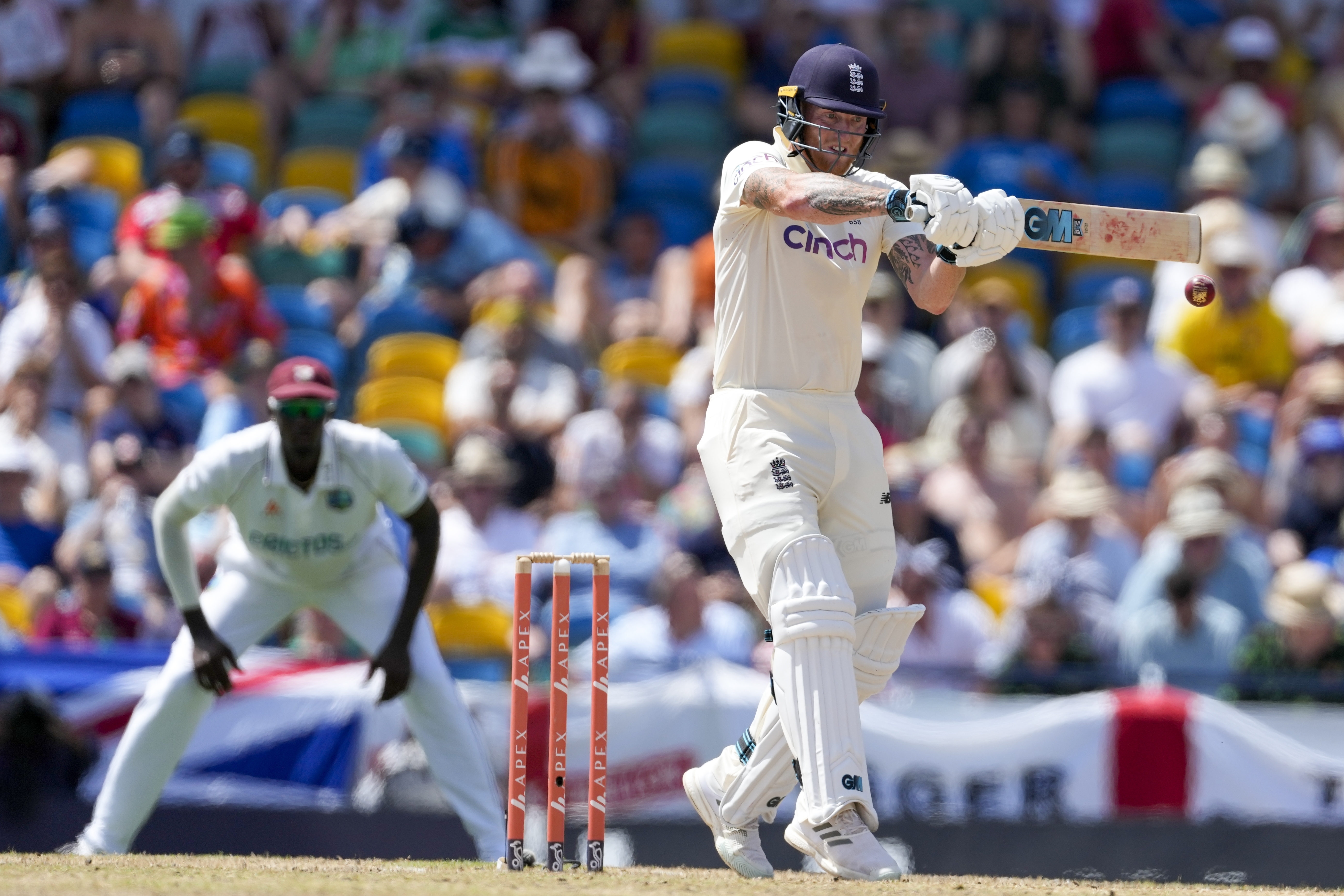 England will look to convert scoreboard pressure into West Indian wickets on day three of the second Test in Barbados, with centuries from Joe Root and Ben Stokes paving the way.

The tourists have bought themselves precious time on a flat surface at the Kensington Oval, racking up their best score in over a year on the back of Root’s classy 153 and Stokes’ merciless 120.

After declaring on 507 for nine they made a brilliant start to the reply, debutant seamer Matthew Fisher removing John Campbell with his second ball in international cricket.

But there was no further joy as the home side reached 71 for one in 27 hard-fought overs.

At the start of this tour, Stokes gave a critical assessment of his efforts during the winter’s Ashes defeat, saying he had let his team-mates down after returning from a mental health break.

But there is surely no doubt that the all-rounder’s star quality and magnetism is shining through once more.

He has bowled with quality, skill and guts in the Caribbean and by reeling off a thrilling century – his first in 20 months – he showed the other side of his game is back on song too. Welcome back.

Fisher will never forget his first Test wicket and now his fellow debutant will want a piece of the action too.

He knows what it feels like to celebrate in an England shirt, with 21 limited-overs scalps under his belt, but a red-ball victim will be top of his shopping list on Sunday.

The 25-year-old looked the part four overs late on, allowing just three runs and hitting a nice pace off the pitch.

When he next gets ball in hand, Saqib will be on a mission to open his account.

There has been plenty of debate about the staid nature of the pitches both here and in the drawn series opener in Antigua.

Those who remember fast, lively tracks from the ‘Fire in Babylon’ era will be sorely disappointed by the stodgy bounce and carry over the past fortnight.

And local boy Kemar Roach, the premier Barbadian bowler of his generation, shares those misgivings.

Rolling his eyes as he talked with the UK media about the conditions, he said: “It’s been a tough two days, you expect a little bit better as a fast bowler.

“The runs were out there to get. There just isn’t much in the pitch.”

Runs are back on the menu

It might be too early to say England’s days of top order collapses and timid totals are over: the sample size is too small and there are tougher challenges ahead.

But things are heading in the right direction.

They have now passed 300 for three innings in a row having failed to do so once in the Ashes and this was just the third time they have breached 500 since August 2017.