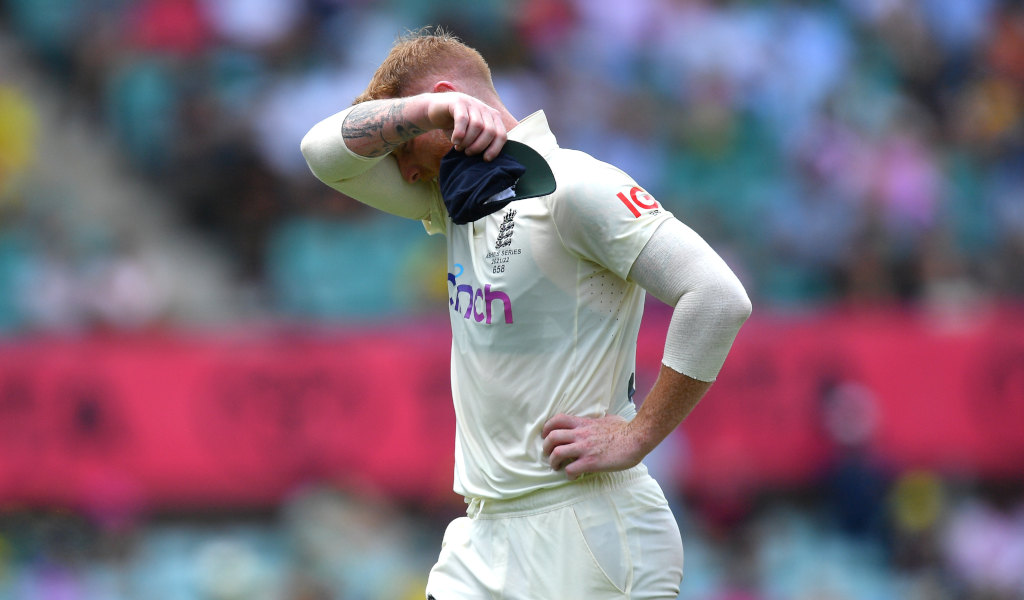 The limitations of an England attack missing James Anderson and Stuart were partially exposed by the West Indies, who overcame some soft dismissals to keep the first Test in the balance.

Responding to England’s 311 all out, the West Indies closed day two in Antigua on 202 for four, with two strong partnerships leaving their opponents with plenty to ponder.

Openers Kraigg Brathwaite and John Campbell got off to a flier as they piled on 83, before Nkrumah Bonner and Jason Holder batted throughout the evening session for an unbroken stand of 75.

Joe Root’s side started the morning by passing 300 for the first time in 13 innings and seven months, an achievement that sat squarely on the shoulders of Jonny Bairstow, who was last man out for 140.

But any satisfaction they may have felt was soon tempered by a lethargic start in the field. With the twin spectres of Anderson and Broad hovering over the narrative, a decidedly lethargic new-ball burst from Chris Woakes and Craig Overton handed the initiative to the hosts.

Brathwaite and Campbell racked up a boundary-filled partnership as England made it impossible not to wonder what their absent greats would have offered. No doubt they were asking themselves the same question, sequestered in Manchester and Nottingham respectively.

Just as things were starting to look decidedly dicey, the Windies lost their nerve as a string of careless dismissals undid much of their good work.

Campbell was first to go, gloving an errant bouncer from Overton that was disappearing down the leg side. Kraigg Brathwaite (55) and Shamarh Brooks will also kick themselves for sloppy shots, before Woakes prised out Jermaine Blackwood with the final ball before tea.

By then the momentum had been reversed, but with a handful of rain intervals puncturing the rhythm of the evening session where Bonner (34no) and Holder (43no) scrapped their way back into a decent position.

England had resumed their innings at 268 for six, adding another 43 for their final four wickets. Bairstow, unbeaten on 109 overnight after performing an admirable rescue act, scored 31 of those before finally skying Alzarri Joseph into the swirling crosswinds.

By then he only had number 11 Leach for company, with Woakes and Overton undone by the pace and bounce of 20-year-old tyro Jayden Seales and Wood flapping at Joseph.

And so to the real intrigue. How would the bowling attack shape up, without its two most prolific performers? They have been absent before, of course, as recently as this winter’s Ashes. But by dropping them, others have been publicly invited to step up and assume new responsibility.

The first impressions were underwhelming to say the least as Woakes and Overton turned in an insipid opening burst. Woakes was unable to offer any control first up, leaking 21 from his first three overs as he offered a steady diet of boundary balls, while Overton was struggling to shake off his understudy tag.

After working so hard for their own runs, England frittered away 44 of them in 10 overs before lunch including seven fours.

The stand had almost doubled before a stroke of luck intervened, Overton dragging one down only for Campbell (35) to botch his attempted cash-in. Brathwaite was no less guilty for his own departure shortly after.

Brathwaite, known as one of Test cricket’s most obdurate blockers, was filling his boots at the other end. He reeled off a dashing 62-ball half-century, his quickest ever, with seven fours and one pinged six off Leach.

The more England fed him length balls to drive, the more he obliged. He steered his side’s score into three figures but fell for 55 a few moments later when he followed a wide one from Wood and sliced it straight into Overton at gully.

Before the session was over Shamarh Brooks had wafted Ben Stokes to first slip and Woakes picked up a much-needed boost courtesy of Jermaine Blackwood’s thin inside edge and Root’s wise DRS referral.

Just a few days ago Stokes had not been expected to bowl at all in this match given his recent side strain, but he has been typically bullish about his recovery and was probably England’s most threatening option in the nine overs he sent down.

The West Indies found their resolve again in the evening, with Bonner defiant and Holder continuing his proud record in this fixture. Asked to bat at number six here, the all-rounder responded with a stylish knock that could yet go on to shape the direction of the match.