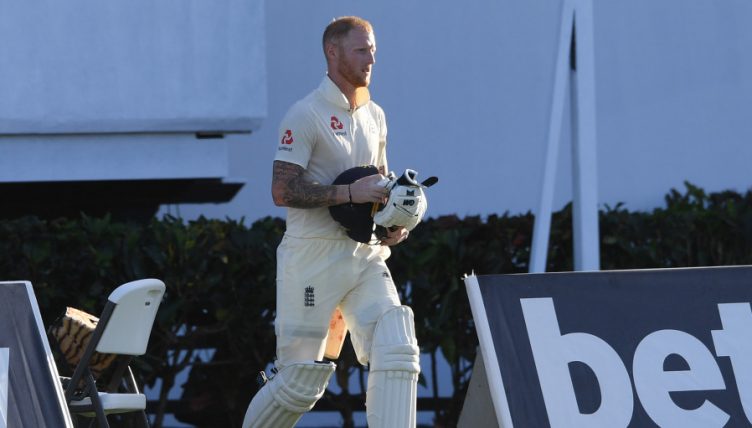 Get the bad news out of the way. Keaton Jennings produced the archetypal Keaton Jennings innings. It inexplicably ran to 43 balls in length, almost any one of which could have been the last before it ended as we all knew it must: a half-volley edged to slip. He shouldn’t have been playing, and you sort of feel badly about them making him. Poor sod.

Rory Burns and Joe Denly both got stuck in. Neither made a vast impression on the scoreboard, but there were more than 30 overs on the clock when they were dismissed. This is not utterly without meaning given what Jos Buttler and Ben Stokes were able to do later on when not having to deal with fresh bowlers and a new ball.

Joe Root looks in horrible nick. He’s a rhythm batsman and his rhythm is just all wrong right now. More on Joe in here.

Stokes had a couple of early slices of luck: an umpire’s call reprieve for an lbw shout and an inside edge just over the bails. After that he looked excellent until an even bigger slice of luck. He was already off the field and, we assume, swearing gruffly to himself having been caught and bowled by Alzarri Joseph only for a no-ball to belatedly come to light. Stokes had to be summoned from the changing room, while Jonny Bairstow had to make his way back there. He still waits for a bat having dropped down to number seven now he’s got the keeping gloves back.

Keemo Paul replaced Jason Holder and did a fine job. Dismissed both openers, and troubled everyone. He looks a good bet to be remembered for far more than just the greatest mankad ever.

West Indies’ over-rate was pretty much the same as in the last game.