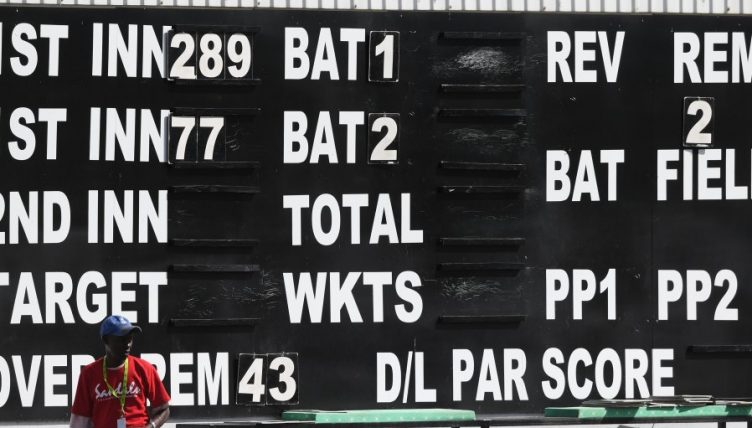 Shimron Hetmyer started the day as everyone hoped he would: smoking boundaries down the ground. Sadly, all these runs were helmeted. But still good. West Indies added 25 for their last two wickets.

James Anderson equalled Sir Ian Botham’s England Test record with his 27th five-wicket haul when he had Alzarri Joseph caught at slip for a good nought.

England were 30/1 at lunch and it looked a close game.

Kemar Roach took 5/4 in 27 balls straight after lunch and it no longer looked a close game.

West Indies v England: Day one in a nutshell

West Indies decided not to enforce the follow-on. With well over three days left in the game, it was the correct if less funny choice.

The Windies cruised to 52/0 to stretch their lead well beyond 250 but then had an entertaining collapse of their own, losing five wickets for nine runs to Moeen Ali and Ben Stokes.

Hetmyer and Shane Dowrich slapped another 59 on to the score before Hetmyer became Sam Curran’s first victim of the match just before the close.

England are going to lose, very probably as early as tomorrow if they accidentally bowl West Indies out.