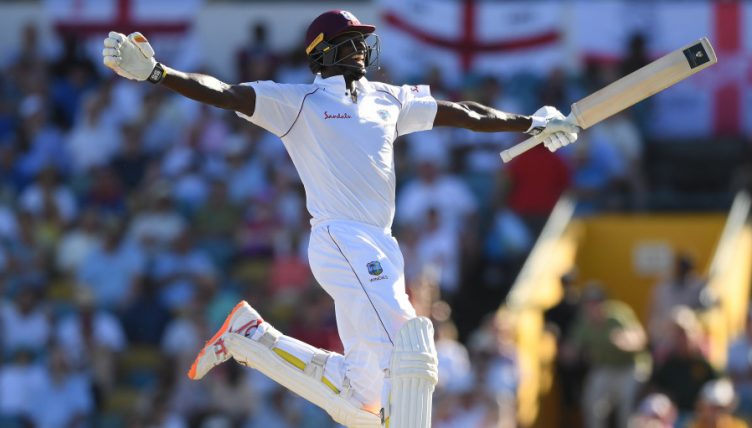 And so the Test series comes to a close and with it the inevitable player ratings. Who starred and who flopped? Mainly West Indians for the former and Englishmen for the latter to be honest, but why not read on anyway, yeah?

Strange old series for a usually-reliable opener. Has developed a worrying tendency to toss it away when well set, which is a poor trait for a top-order man. Didn’t seem to enjoy the captaincy when it was handed to him in St Lucia. 5/10

Mixed emotions for Campbell after an encouraging but ultimately unfulfilling start to his Test career. Absolutely looked the part and took Anderson and Broad on in a way few have managed in recent years. Getting out four times between 33 and 47 will sting but on the evidence of this series has a future in Test cricket despite a modest first-class record. England haven’t found an opener who’s looked as solid in seven years of trying. 6/10

A supremely talented batsman flatters to deceive once again, half his runs coming in his first innings of a series subsequently defined by some pretty loose stuff outside off stump. There’s a 40-plus-average Test batsman in there, we’ve all seen it. But apparently only in Leeds, which is weird. 5/10

Made one of the hardest-earned half-centuries in Test history on that difficult Antigua pitch in an almost sarcastic rejoinder to England’s recklessness. But it was a one-off from a batsman who looked nothing like the batsman he once was on his long-awaited return to the side. 4/10

That’ll do. Astonishing figures of 8/60 to seal the deal in the first Test and then batted beautifully when the game was lost in the third to record a century and join some pretty illustrious company. While the final-day century helped put it down on paper, his importance to this side was and is already massive. The whole balance of the side depends on him. 9/10

Dare we say it, slightly disappointing after the magnificence of Barbados? It’s probably harsh on him, and more a reflection on us. But he is stupendously talented and only really showed us that once in the series. But how. 7/10

Right up there with Chase, Holder and Roach as West Indies’ – and therefore the whole series’ –  star performers. The century in the first Test was extraordinary, but even without a run he’d get solid marks for his excellent glovework in hugely trying conditions. A brilliant series. 9/10

A shame that a promising performance was prematurely ended by injury. Bowled with great skill and intelligence in England’s first innings, and his injury ultimately ruined any chance West Indies might have had of getting back into the game. Hobbled out to help Chase reach his century, which was a decent effort. Sadly he didn’t mankad anyone, though. 7/10

Rightly named player of the series. The standout bowler of a series blessed with some fine bowling and not remotely flattered by those daft figures of 18 wickets at better than 14 apiece. There really are only bona fide legends ahead of him in the list of leading West Indies Test wicket-takers. For all the talk of the demise of the great Caribbean fast men, Roach now has 184 wickets at 27 apiece from a decade of service. 10/10

Such was the potency of West Indies’ pace quartet that at the end of the series Joseph feels somewhat lightly raced. Sent down an average of only 11 overs per innings but there can be no complaints with the numbers returned in those 66 overs. This really is a decent attack for a team that has been in the doldrums for so long. 8/10

None of the West Indies quicks are flattered by their stats in this series, but it seems a travesty that Gabriel ends it with by far the worst numbers. Other bowlers were certainly picking up his wickets in a series where he was a constant menace with his pace and aggression. No England batsman will feel they bested him whatever the middling numbers may say. 8/10

Remarkable series from a remarkable cricketer. A superb captain, world-class bowler and pretty handy batsman. His numbers with the willow leap off the page in a series where bowlers generally held sway. Scored more runs in one innings than any England player managed in six. It’s a touch simplistic to say West Indies won the first two Tests because of his presence and lost the third because of his absence but it felt pretty damn close. 10/10

Produced England’s most convincing batting performance of the first two Tests, meaningless as that may be, with his 84 in Barbados. But his first winter in Test cricket has answered few questions. He looks ‘right’ at Test level but has found some odd ways to get out and has unremarkable numbers. Still probably the best bet in the post-Cook wasteland and deserves a run of games at home. England mustn’t repeat the Michael Carberry Mistake. 5/10

A tall opening batsman who learned his game in South Africa and England but can only play spin bowling. It’s quite the banter. 2/10

Took his chance to muddy the waters in fine style, his 69 in the second innings at St Lucia comprising just enough runs and just enough style to make him pretty hard to drop given England’s clusterf*ck of a top three, but insufficient runs and enough streaky looseness outside off stump to suggest he won’t actually be here for the long term. Nice one. 5/10

Made England’s highest score of the series almost despite himself in the final Test and now has three hundreds in his last seven games despite looking in nothing like the form he was when scoring no hundreds in his previous 15. Cricket is weird. Outplayed, outcaptained and outmanoeuvred by Jason Holder in the first two games, Root then ran rings round Brathwaite in the third. The series may have gone, but the third Test felt like an important one for Root both as captain and leader. And the homophobia callout was great. 6/10

Has become England’s most consistent Test batsman over the last year, which is just plain nutty. There are worse problems in England’s top five, but if Buttler is playing as a specialist batsman at some point a conversation will begin about his conversion rate. Nine scores above 50 in 13 Tests is splendid; one hundred a touch disappointing. Also needs to be kept far, far away from the slip cordon. 6/10

England’s player of the series by a wide margin. An insane workload with the ball in the first two Tests for a man who remains a batting all-rounder, but truly flourished when restored to his best role in the third Test. His batting was massively liberated by being fourth rather than third seamer and he made runs in both innings before picking up a couple of cheap, late wickets in West Indies’ final innings that few could begrudge him. For England, nobody scored more runs, nobody took more catches, and only Moeen Ali took more wickets. 8/10

Counterpunching 50 on day one in Antigua was a gem but too brief and too isolated. Kept tidily enough when restored to the keeping role by Ben Foakes’ injury and subsequent omission. With number three looking a poor fit for a player who gets bowled an awful lot, may now find himself in a square go with Foakes for one place in the side. Bairstow is, just about, the man in possession. 5/10

Batting was dreadful, but his bowling was once again immense. Since winning back his place after the Ashes horrorshow last winter he’s been a revelation with the ball. Nobody in Test cricket has more wickets than his 44 since last August and he’s now offering Root everything he could want from a bowler. Comfortably England’s leading wicket-taker in the series, and only Anderson bowled more overs. A nine with the ball and a two with the bat, but one of those now deserves far greater weighting so… 7/10

That spell in St Lucia will go down in England Test folklore. It is of slight concern that he was unable to replicate the pace in the second innings, but still. A hugely encouraging return to the highest level for a player who must have feared his chance had gone. His 5/41 was a masterpiece of quick, hostile, intelligent fast bowling and it couldn’t happen to a nicer bloke. 8/10

Weird that even a player with well over 400 Test wickets could see his stock rise by being out of the team, but that’s what happened to Broad in Barbados. Restored to the side for the last two Tests and bowled better than his figures suggest. Closing in on 100 catches dropped off his bowling in Tests and still king of the celebrappeal. Remember when he could bat? Seems weird now. Also took a ridiculous catch. 6/10

Not at his best with the new ball in this series, but still returned tidy figures. Remodelled his run-up during the final Test and immediately rewarded with three wickets in his first 19 balls of West Indies’ second innings. Still learning, still working after all these years. The very real fear, though, is that he might have played his final overseas Test. Say it ain’t so. 6/10

A lesson for England, who must learn to be braver with selection. Came into the series with a lower Test bowling average than Stuart Broad, but wholly unsuited to the new-ball role he was given. It would have been harsh to leave him out given his impact for England already in his first year as a Test cricketer. But it would also have been right. 3/10

Could England have really thought of leaving out the player who had been man of the series in Sri Lanka? The harsh truth is that the team certainly looked better balanced in his absence and it may be that it will be Foakes or Bairstow moving forward. As with Curran, you would certainly put Foakes in England’s best 11 Test cricketers right now but that doesn’t necessarily mean a place in the best XI.

The victim of England’s disastrous misreading of the situation in Barbados. Even if conditions had merited two spinners, picking Rashid and then trying to use him in a holding role was not great thinking. His future red-ball prospects may have been irreparably harmed by that error, which seems a shame given his under-rated usefulness last summer and fine efforts in Sri Lanka. 1/10