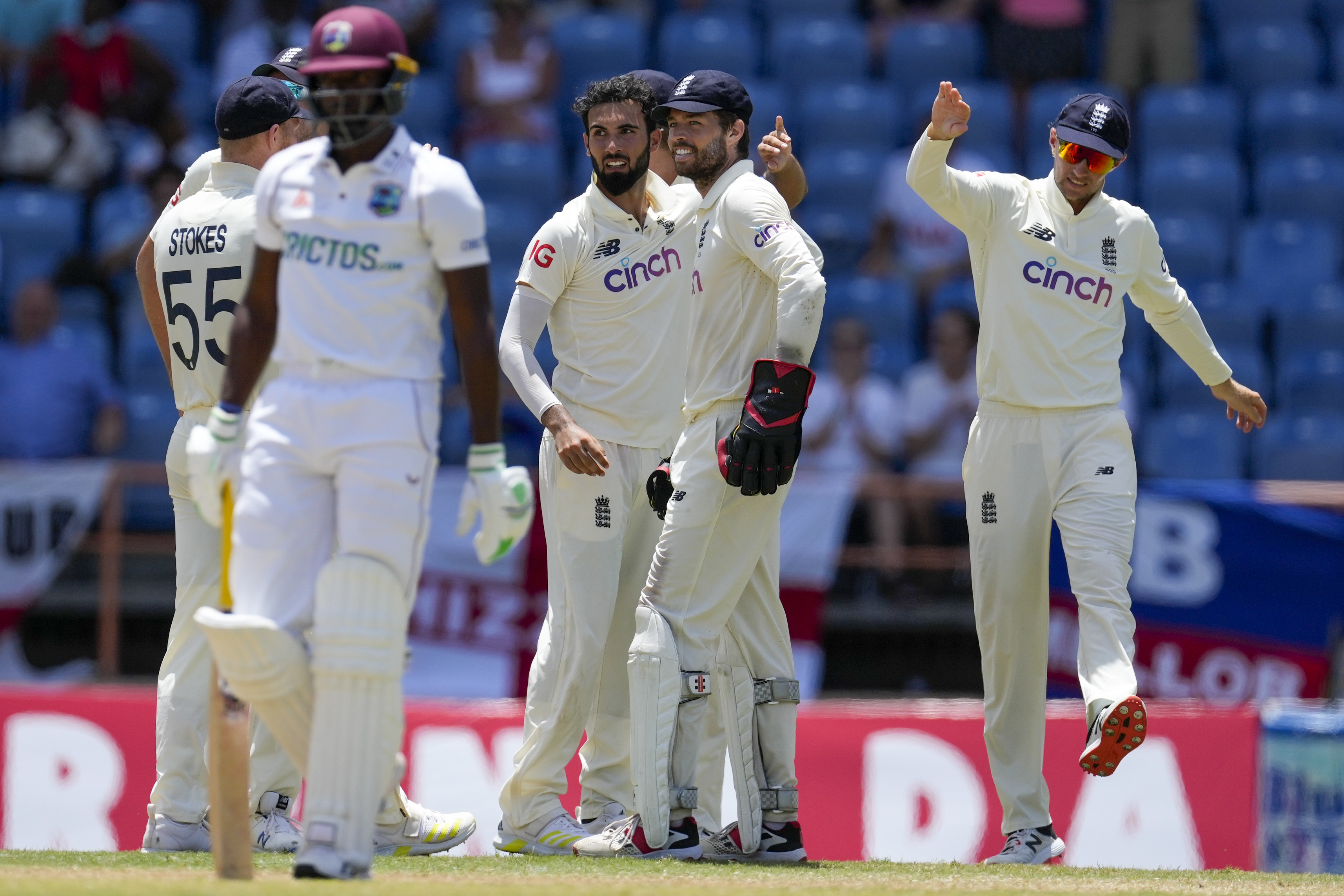 The West Indies vs England Test series is up for grabs on day three of the finale in Grenada, with both teams squabbling for supremacy in a tight decider.

The destination of the newly-minted Richards-Botham Trophy is no clearer after draws in Antigua and Barbados and an evenly fought start to the winner-takes-all finale.

Both sides have had to rely on lower-order fightbacks to make up for collapses in the top seven, with the hosts getting their noses in front on the second evening. They lead by 28 after Josh Da Silva’s battling, unbeaten half-century saw them to 232 for eight.

His obdurate style irked Ben Stokes enough to kick off some verbals in the middle, but Da Silva came out on top of the sparring by reaching the close unbeaten.

At one stage he even appeared to usher Stokes back to his mark after the previous ball disappeared to the boundary.

Nobody needs a victory more than the England captain, who has tasted success just once in the last 16 matches and faces the prospect of a winless winter after the Ashes.

A new Test coach will soon be appointed and Root would dearly love to have a series win in the Caribbean to bring to his first meeting. He bagged a duck on day one, but scored hundreds in each of the first two games.

With England behind and striving for some breathing room for their weary bowlers, Root’s enduring quality is their best hope.

Woakes to banish away day blues?

Chris Woakes has had a challenging time since being promoted to lead the attack in the absence of James Anderson and Stuart Broad, bowling inconsistently and failing to generate any threat with the new ball.

As a result he has been unable to squash the conversation about his struggles on the road, where his wickets come at an average of over 50.

Even so, a three-wicket burst on the second afternoon leaves him within sight of career best figures outside of England.

He will have a fresh, hard Dukes to work with and two scalps to take when he takes the field. Pick up both and he will not only have a five-for, he will have outstripped his previous mark of four for 36 in Adelaide four years ago.